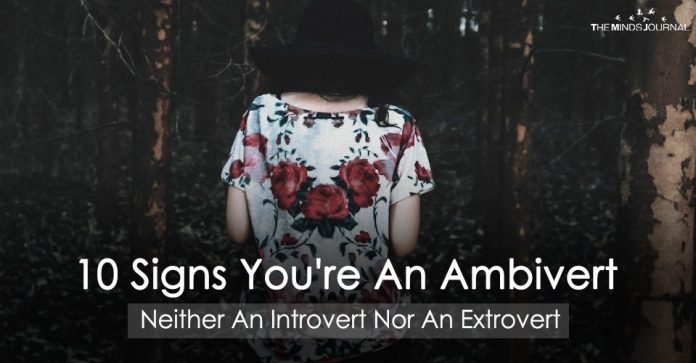 I’m sure you would have been asked this question many times in your life – Are you an Introvert or an Extrovert?

For some people, it is easy to choose between the two but for the majority of us, it is difficult to choose one way or the other.

Personality traits exist on a continuum and most of us aren’t introverts or extroverts –we fall somewhere in the middle of the spectrum.

According to a study conducted by Adam Grant in The Wharton School, University of Pennsylvania, two – thirds of people were Ambiverts – who had both introverted and extroverted tendencies.

Let’s consider Introversion and Extroversion as a spectrum, where Ambiversion lies in the middle.

Ambiverts have a unique advantage over Introverts or extroverts because they have traits of both Introversion and extroversion and they can adjust their approach based on the situation.

Another interesting myth that was busted during Grant’s study was that Extroverts are good salespeople.

His study proved that ambiverts’ greater social flexibility helped them to outsell other groups, moving 51% more product per hour than the average salesperson. 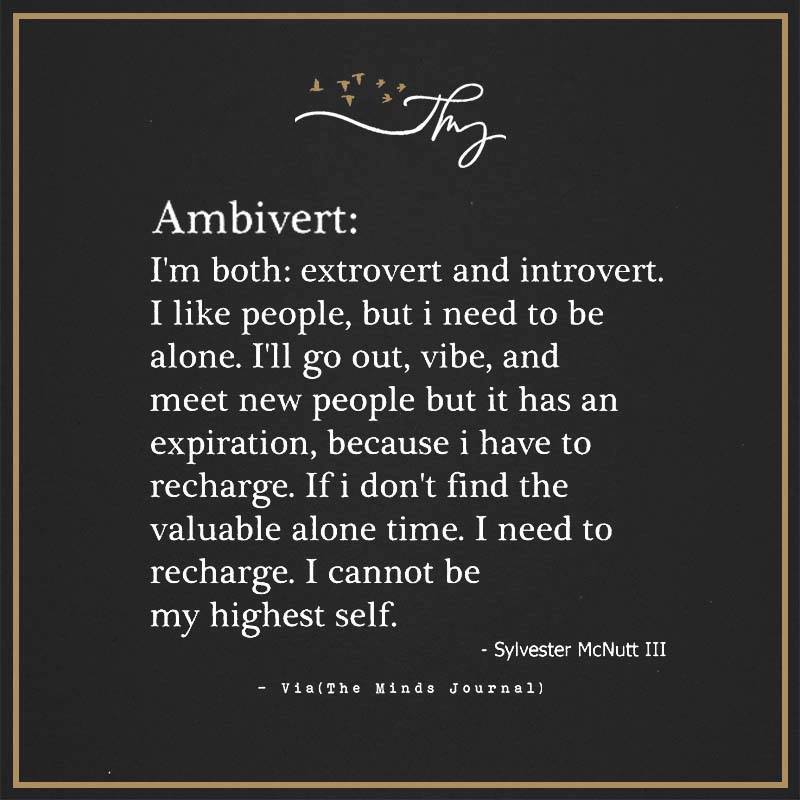 Here are some key traits that suggest that you might be in the middle of the Personality Spectrum, i.e., – An Ambivert.

1). You have the traits of both Introversion and Extroversion.

The terms introversion and Extroversion were popularized by Carl Jung. Extroverts gain their energy by being around people, they are outgoing, love being the life of a party and like to talk things out.

Introverts gain their energy by spending more time alone; they prefer intimate conversation to large social set up and prefer to think things through instead of talking out.

Do you feel that you identify with the traits on both sides of the spectrum? Then you’re Ambivert.

According to Paulette Kouffman Sherman, Psy.D, psychologist and author of The Book of Sacred Baths, if you‘re an Ambivert, you’re emotionally flexible.

“Ambiverts can get energy from being with people and from being alone and they can be self-reflective in situations and also work things through by talking with others,” explains Sherman.

2). You like social gatherings as much as you crave alone time.

Sometimes you are outgoing and like spending time with people but sometimes it completely exhausts you.

The trick is to grow your self-awareness and plan your activities in such a way that you enjoy both ends of the spectrum – being alone and being social and engaging in outdoor activities.

3). You are productive in both solo and group work assignments.

If you are an Ambivert, you are pretty flexible and can work well in both solo and group work assignments.

“This is because ambiverts can draw on extroverted traits while they’re in group settings, feeding off the energy and creativity, facilitating conversations and amping up the brainstorming, and they can also back off and give airtime to others in the group without having to take over,” explains Grant Brenner, MD, a Manhattan-based psychiatrist and “When they are working alone, they can use their introverted traits to buckle down and dig deep, pulling the assignment together with the group in mind,” adds Dr Brenner.

4). You are an excellent communicator

Ambiverts can enjoy a small talk with a stranger as much as they enjoy deep and philosophical conversations. They are very intuitive and can gauge when it’s appropriate to speak and when they should listen.

Because they have traits of both extroversion and introversion they can express their ideas very well and also know to be a good listener and hence they make excellent communicators.