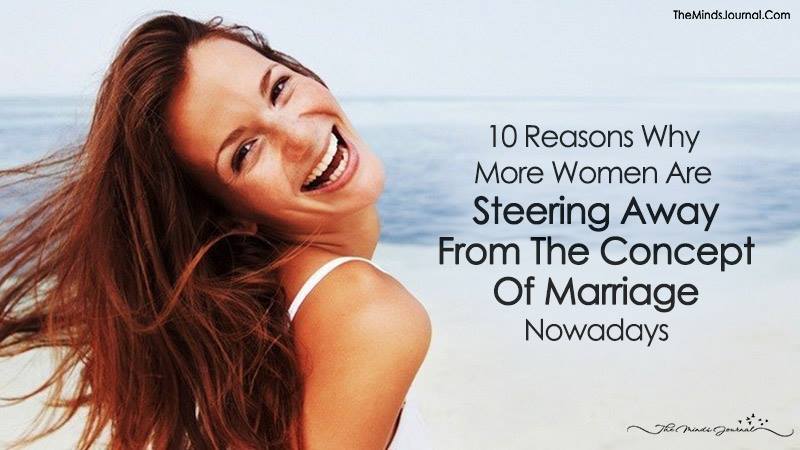 Hello, Folks! I am really glad that you got attracted by the title and decided to take a sneak peek into the mind of a modern day woman who chooses to remain a spinster throughout her life.

Society has changed a lot since the time man first built up his own civilization. At that time, the men were the hunter and they were the provider for the women and the children. On the other hand, the women, being weaker physically, were responsible for carrying out the household chores and raising the children.

However, this scenario has taken a huge turn in the 21st Century where the women are walking at par with the men. They are equally educated as the men are and are leading participants in the each sector.

Women now make up approx 80 percent of university entrants, and they outnumber men in every subject — including maths and engineering. This thing is huge, and it is happening at every level, and no one seems to be thinking about the consequences.Most trainee barristers and two-thirds of medical students are now women.

For a lot of women, being single is just a normal life. As single men do, single women also go to work, spend time with their friends and family, pursue hobbies, and do household chores. They lead a complete life on their own.

We just mentioned few major factors which are making women Confident and powerful, but apart from these there are other reasons too which make them steer away from the concept of marriage, Mentioning 10 of those factors below:

1. THE ABSENCE OF GOOD GUYS:

Women firmly believe that men are not as great as they used to be once upon a time. So, if there is nothing great about them, why should a marriage be considered at all?

Women are working as hard as men and they are way ahead in the success ladder. The days are gone when women looked for someone as a guardian, as a provider. Marrying for the sake of financial or moral support are no more in the consideration loop.

3. MARRIAGE IS NOT A TREND ANYMORE:

Gone are the days when women used to eagerly wait to become eligible so that a tall, dark and handsome guy would confess his love for her. Nowadays, women are capable enough to fend for themselves even if they are living alone.

4. THE WORLD IS SURROUNDED BY THE MALE CHAUVINISTS:

Globally, most of the men still think that they are the rulers of the world. In fact, there are many men who cannot stand the success of a deserving woman especially if she reaches higher grounds than most of the men. This is another reason why the women choose to stay single so that they can continue to pursue their dream.

5. THE DESIRE TO EXCEL IS PROMINENT:

Women are getting equal benefits like men. Their lives are not constructed within the walls of the walls which they have to keep things clean and tidy. They taking up work and executing the same smoothly to make a valuable contribution in their respective careers.

6. DATING IS QUITE A FASHION:

Who wants a husband when dating is not looked down upon anymore? So, the women are definitely hanging out with their boyfriends so that they are not exempted from the pampering and the fulfillment of sexual desire.

7. WOMEN ARE STRIVING TOWARDS THEIR DREAM DESTINATION:

Women have a fixed goal and they are focused regarding reaching their dream destination in terms of their respective careers. This is a major transformation in the existing world where this trait was followed up solely by the masculine gender.

8. MOTHERHOOD AND MARRIAGE ARE NOT RELATED ANYMORE:

Women can become single mothers legally if they can raise their children alone with responsibility. This has made the women more independent and stronger as an individual. Because of this, marriage is not a necessity anymore.

9. MEN HAVE BEEN OUTNUMBERED IN MANY PLACES:

There are many places all over the world where the female population is higher than the male population. Even in terms of education or the work-life performance, women are doing far better than men. This is boosting the confidence of the women to move on without a man by her side.

10. WOMEN HAVE ACHIEVED THE SAME FEAT TODAY THAT THEY USED TO DREAM OF YESTERDAY:

Years ago when equality of men and women was yet to be implemented, the women used to dream of a husband with a particular image in their minds. Now that they have successfully acquired the same image themselves, who needs a legal husband?

This list can actually go on if we illustrate the reasons that have driven the women to shun the traditional concept of getting married in a gorgeous white gown. What matters the most is the fact that they are no less than men and, one day, these women will rule the world.

Psychology Says: You Might Be Better Off Single
12 Reasons Being Single Is The Best Thing Ever
Signs You’ve Fallen In Love With Being Single
The Single Woman Says: I have a question.