Why Nice Guys Lose In Dating 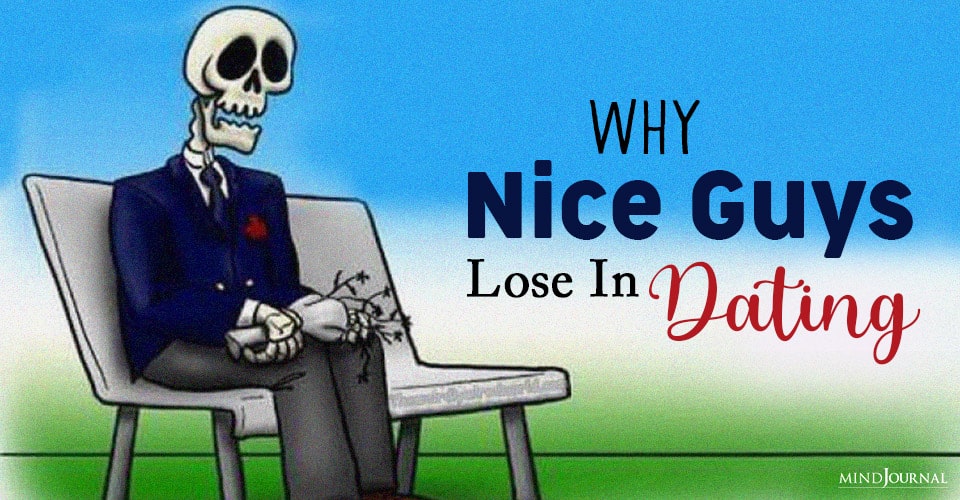 Have you ever wonder why women are most likely to be drawn to arrogant pricks but not to the nice guys? Well, that stereotyped ‘alpha’ness of some guys suits well with most of them. Pretty much every woman out there is looking for a confident companion, and not someone whom she needs to take care of. That’s why this whole ‘nice guy’ goodness doesn’t sit right with women while talking about dating.

So, lately, I’ve been hearing a lot of guys making the “observation” that women always say they want a “Nice Guy” but then end up with the total jerk.

In my circles, this is one of the most common reasons why guys think they don’t get dates. They’re nice guys with “principles” and treat women with “tons of respect” only to have them say they only want to be friends.

The “Nice Guy” always follows this up with “Well, women aren’t logical and do really dumb things and this jerk is going to treat her way worse than I would treat her.” And we can’t forget “Well, I’m a nice guy, that’s who I am and I won’t change into a jerk for her, that’s just not who I am.” I’ve heard this over and over again and I’ve probably thought this way myself once or twice.

Well, guess what? This whole “Girls don’t date nice guys” is true. Women don’t want a “Nice Guy”. They may say they do, but what they really mean is that they want a GOOD guy.

He tries to be as accommodating and inoffensive as possible. When he meets a woman he’s attracted to he wants to make sure he does everything he can to please her. He thinks he can do this by constantly asking if she’s okay and getting her to plan dates. The wishy-washy sentence “Oh whatever you want to do?” is the perfect example of this.

See, what the nice guy is actually doing is giving control over his life to the woman. He’s too scared to live his life so he’ll let her do it for him.

It’s weak and not just a little cowardly. Women don’t want power over a man’s life. She wants a partner, a friend, a lover… not someone who she has to make life decisions for. When you’re “nice” you’re really trying to give up the responsibility of living your own life to a woman, trusting she’ll take care of you.

Related: Either Love Like You Give A Shit, Or Be Alone

In my books, that’s a pretty jerky thing to do.

Watch out for this interesting video to find out 10 things that nice guys always do wrong:

Take it from the ORIGINAL dating coach — you DON’T need any “pickup lines” or canned material to EFFORTLESSLY attract any woman you want. Watch this free video now to learn what the “pickup artists” & “seduction gurus” don’t want you to know…