Why We Need To Be Curious About Mental Illness 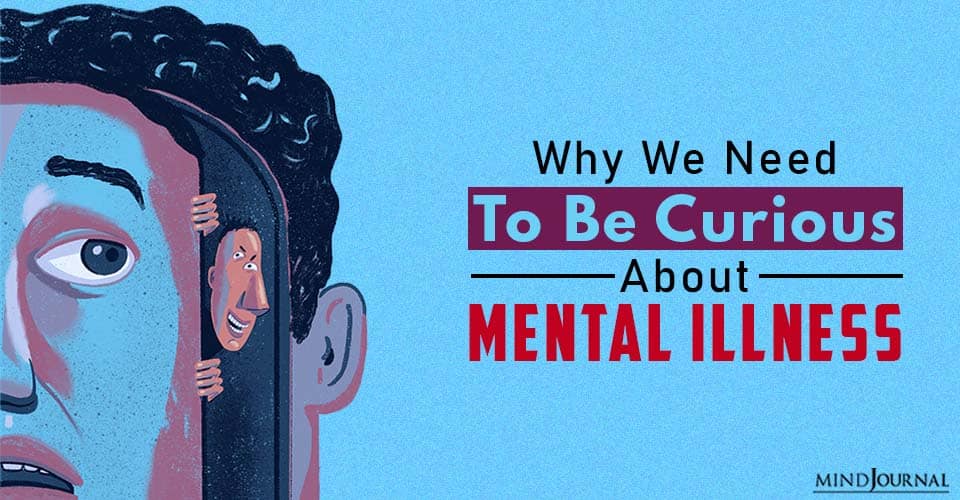 Are you critical of mental illness? Or curious?
Read on to know how an open-minded, non-judgmental attitude can eradicate mental health stigma.

At the outset of my conversation with Lily Cornell Silver for The Hardcore Humanism Podcast, we discussed her work as a mental health advocate and as host of the interview series Mind Wide Open in which she talks with guests about mental illness to shed light on this important issue. And she shared a story of how she was challenged by someone who claimed that she was not a mental health “expert” and, therefore, not qualified to host this type of show.

I felt my blood boiling right away. I did not know who this person was, why they said what they said, or where they were coming from with their opinion. I was simply angry because it violated my sense of what was right in this world. From my perspective, Silver is stepping up and having meaningful and difficult conversations about the tough topic of mental illness to help reduce stigma — end of the story. This is a service to us all and should not be questioned or judged.

Read The Meghan Markle Interview: Are We Still Not Ready To Talk About Mental Health?

Silver on the other hand was much more poised and reflective in her response to this person’s challenge. “I think that’s such an interesting response and something that I come at with curiosity. Because that’s part of the stigma that I want to shed… everyone is allowed to talk about mental health, everyone is allowed to struggle with mental health. And you don’t have to have a degree in order to talk about it,” Silver told me. “Makes me wonder what they’ve experienced or what they’ve been told in their life to come at it from that perspective.”

Well, that was humbling. I’ve been in this field for decades, in theory working towards building an open-minded, empathic approach towards understanding people and their unique perspectives. Turns out I have a lot of work to do. Silver’s reaction was the more enlightened one because in order to combat the stigma of mental illness we need to be curious, not critical.

On a personal level, my path to embracing a curious approach to mental illness started 25 years ago when a supervisor told me that as clinical psychologists, we should strive to be curious about rather than critical of our patients. But embracing a “curious rather than critical” ethos has not been an easy journey for me. Criticizing myself and others was practically a second language.

The Dark Side Of Criticism

I just assumed that’s how the world worked. If we wanted to get anywhere in life or make real changes, it needed to come from a place of criticism. Criticism and the negative feelings that inevitably arose from it were the motivation necessary to fuel progress. Curiosity was something we exhibited at times but in which we didn’t invest much time or energy. I always took to heart that life was 1% inspiration and 99% perspiration. Who needs curiosity?

In retrospect, this perspective feels cringeworthy. I neither did it intentionally nor meant any harm by it. It’s just that harshly evaluating myself and others was how I encoded, understood, and related to the world. I assumed everyone did! And it worked to a degree in some areas. I was terribly judgmental about my academic performance and routinely obsessed about my grades and professional future.

My self-criticism motivated me academically, fueling long nights of studying, often at the expense of my social life. I was horribly critical of my weight and shape, and that at times got me to eat healthier and exercise more.

But overall, this critical approach to life caused more harm than good. There was no joy to it. My life was split into brief moments where I felt relieved that I had met my goals and the rest of the time anxious about addressing the next perceived criticism. And I probably spent more time fretting over rather than working on my life goals – often sitting alone trying to be productive while managing overwhelming and crippling anxiety at the same time.