A lack of sexuality is common in marriages. There are very good reasons for this. This article shines a light on this problem.

There is a very good reason for this.

sexuality in long-term relationships is the result of loving energy flowing between two people. If something is blocking this loving energy, the sexual energy between them often gets blocked as well.

There may be many reasons for loving and sexual energy being blocked, but the most common is what I call the “pull-resist relationship system.”

Here’s an example of how this system works:

Bill “pulls” on his wife, Jan, for time, approval, attention and appreciation, as well as for sex. Bill may pull with niceness, caretaking (giving in order to get something back), gifts, withdrawal, anger or blame. These behaviors are a “pull” because Bill is coming from an empty place within, a vacuum-like black hole that wants to get filled through approval, validation and sex. In fact, sex is the main way, aside from work, that Bill’s worth as a man gets validated and his inner emptiness gets filled up. Because Bill abandons himself, it’s the main way he feels loved.

Jan does not feel loved by the niceness and gifts, and certainly not by Bill’s withdrawal, anger and blame. Instead, she feels objectified. She feels that Bill is being nice or angry to manipulate her into having sex – not because he genuinely wants to give to her and express his love for her, but because he wants to get love from her. He comes to her like a needy little boy, wanting to get validated, filled or released. She ends up feeling used and drained when they have sex, rather than loved. Because she doesn’t want to be used and controlled by Bill, and because she is not attracted to him when he is being needy, her whole body goes into resistance and she no longer feel sexually attracted to him. Of course it could be the other way around, with the woman pulling and the man resisting being used and controlled by her.

The Pull-Resist System CAN Heal

In this pull-resist system between Bill and Jan, a number of changes need to occur for the passion to come back into their relationship. Bill needs to stop trying to control Jan. He needs to learn how to take responsibility for his own feelings and wellbeing – for validating himself and filling himself with love, rather than always trying to have control over getting something from Jan. He needs to be practicing Inner Bonding and learning to love himself and fill himself with love to share with Jan. Jan needs to learn to speak her truth, rather than either complying (having sex even when she doesn’t want to) or resisting. She needs to tell Bill that she is not turned on to him when he is pulling on her for sex, or for anything else such as time, attention, appreciation or approval. Until she is ready to speak her truth, without blame or judgment, about his emptiness and neediness, Bill cannot understand what the problem is. He will think it is just because she is frigid or has some other sexual problem, and will not understand his responsibility in their marital system. Jan also needs to practice Inner Bonding in order to become strong enough to speak her truth.

Most women are turned on to a man when he is in his power, feeling good about himself. Neediness is not a turn-on. Men, too, are often not turned on to a needy woman, a woman who needs him to make love to her for her to feel safe, worthy and lovable. In our society, it’s more common for men to attempt to get their validation through sex than it is for women, which is why more men than women pull for sex. In either case, both partners need to do their Inner Bonding work so they can become strong enough to be loving with themselves and each other.

Emotionally Intelligent Husbands Are Key To A Lasting Marriage

The Silent Killer Of Relationships

How Forgiveness Can Transform Your Marriage 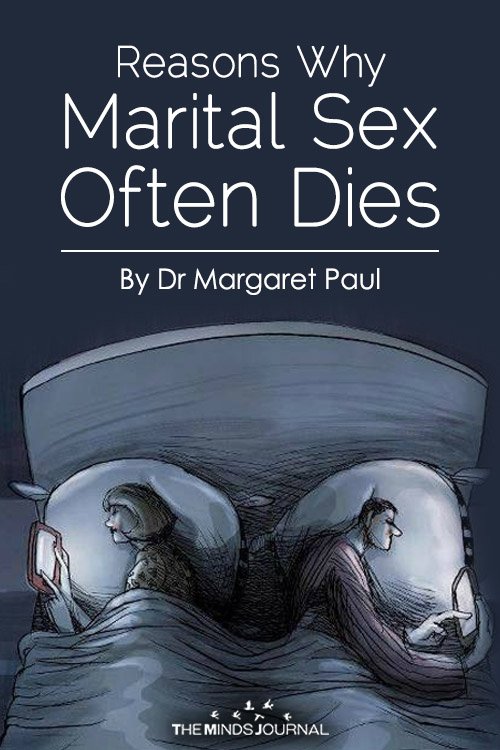 CO-CREATOR OF INNER BONDING Dr. Paul is the author/co-author of several best-selling books, including Do I Have To Give Up Me to Be Loved By You, Inner Bonding, Healing Your Aloneness, The Healing Your Aloneness Workbook, Do I Have To Give Up Me to Be Loved By My Kids, and Do I Have To Give Up Me To Be Loved By God Dr. Paul's books have been distributed around the world and have been translated into eleven languages. Dr. Margaret holds a Ph.D. in psychology and is a relationship expert, noted public speaker, workshop leader, educator, chaplain, consultant, and artist. She has appeared on many radio and TV shows, including the Oprah show. She has successfully worked with thousands of individuals, couples and business relationships and taught classes and seminars since 1967. Margaret continues to work with individuals and couples throughout the world on the phone and on Skype. She is able to access her own and her client's spiritual Guidance during her sessions, which enables her to work with people wherever they are in the world. Her current passion is working on and developing content for this Website, as well as distributing SelfQuest, the software program that teaches Inner Bonding and is donated to prisons and schools, as well as sold to the general public. Margaret Paul, PhD information Anxious, Depressed, Addicted, Empty, Relationship struggles, Inner Bonding - The Power To Heal Yourself! http://www.innerbonding.com