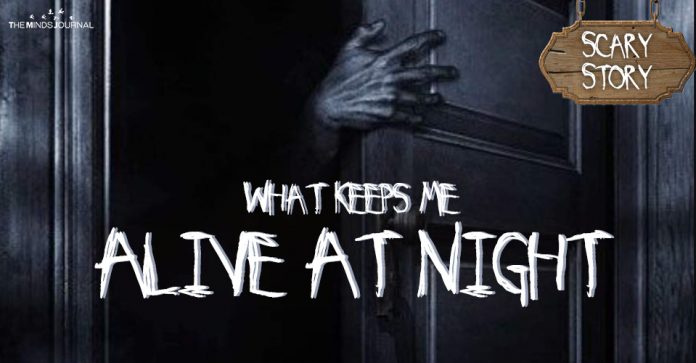 Meet Mr Liam Coleman. Age: 26. Relationship status: Heartbroken. Mr Coleman is a nice guy who loves his beautiful ex-girlfriend, Emma, a little too much and loves himself too little. And this is about to lead him to a dark destination where he will find out what love is all about.

Written by darkdreams79, this creepy tale of love, relationships and what lies on the edge of darkness is for all the lovers and hopeless romantics.

What do you do when the girl you love the most tells you she doesn’t love you anymore?

How do you react when your girlfriend of five years tells you she’s been seeing someone else behind your back? Do you get so pissed off that you physically abuse her? Or do you realize that her happiness matters the most to you, so…you let her go?

Well, I did both. I completely lost it the day she said she wanted to break up with me. It came completely out of the blue. I screamed I shouted, I cursed, I abused and I got violent. I mean really, really violent. Think bleeding from her nose violent. Ya, I know…I shouldn’t have. But she didn’t even protest once. She just wanted to leave. That’s when I realized she wasn’t happy with me anymore. Would I be happy by forcing her to stay with me? Could I make her stay committed when all she wanted was to be free? Free to choose the life she wanted? So I let her go. It wasn’t easy. And it broke something inside me. But it was for the best. For her. For me.

Or at least that’s what I thought.

A few days later, I got a new job and moved to another city. I had to. I was already battling depression and this just triggered a whole bunch of suppressed emotions that I had kept locked up for a long time. But I digress. I guess if I knew what was in store for me, maybe I wouldn’t have dealt with it the way I did. Maybe I would have tried to convince her to stay. To make things better. To give it another shot. After all, we were great together for five long years. But all that doesn’t matter now. As I stand here in this cursed building, I am trying to figure out where exactly I went wrong. Did I have to go through this traumatic experience? Did it had to be me? I don’t have any answers, to be honest.

Let me start from the beginning. I might sound crazy for what I am about to tell you, but I swear I am going to tell it exactly like it happened. I can understand if you find it hard to believe me. In fact, I am still finding it hard to believe it myself. This is going to haunt me for life.

Moving to Philly wasn’t easy for me. To leave my life behind like that…I wish there was another way. But breaking up with Emma was especially hard on me. Even my therapist was having a hard time dealing with me. I was a complete wreck. I hoped that moving to a new city would help me get over her and move on. But the man was I wrong. Getting a job in a new city can be kinda easy when you have the right contacts. Living there, however, is a whole different story. Being under heavy student debt and having other responsibilities, I could only afford a small trashy apartment in a really old building in the shadiest neighbourhood you can imagine. It was one of those buildings you feel sick simply by looking at it. It was old, filthy and it reeked. Most of the condos in the building were abandoned and only a handful of them had tenants. And my room was a small studio apartment that ended the moment you entered it. Apartment 7B…a claustrophobic, damp and barely habitable nightmare that I had to call home now. But it was cheap.

But it’s all in the past now.

Get harassed by my manager.

Drown in self-pity and self-loathing.

Or at least I tried to.

The thing is, the family living at apartment 7A right next door was really loud. The husband and his pregnant wife fought all the time and their small kids kept crying and shouting like feral children. As our apartments were connected on one side, we had shared walls in the bedroom, living room and kitchen. And that meant I was forced to hear everything. Their aggression-fueled arguments seemed to keep getting louder and louder every night. And I had to stay up listening to their incoherent jabbering even though all I wanted was to hit the sack.

Then there were those nights when I got really concerned about the safety of the wife. It seemed like the husband had no qualms about physically abusing his pregnant wife and children like a freaking maniac. The wife would scream and scream and the husband would just keep pounding her incessantly. I used to freeze in my seat and think about the time I hit Emma and made her bleed. The pain she must have felt. The hatred she must’ve had for me. The agonizing screams of my neighbor’s wife reminded me so much of Emma’s pain that at times I couldn’t simply sit back and be a silent observer anymore.

So I intervened. Sometimes to the aggressive F-bombs of the husband while at other times a fresh black eye of the pregnant woman would humbly request me to go back to my apartment. It was so disheartening to witness such violent domestic abuse so closely that I would stay up all night at times wondering about going back to my life and trying to make things right with Emma. Apologize to her for hurting her, for not giving her the love and attention she deserves, for taking her for granted and for trying to mould her according to my perception of what a good girlfriend should be like.

Podcasts for kids are an antidote to increasing screen time when stuck indoors!
Read more
Entertainment

These Ted Talks are sure to ignite their passion and move them to think differently. All the videos are inspiring, engaging, and motivating.
Read more
Entertainment

25+ Fun Things To Do When You’re Bored At Home

Are you feeling bored at home? Then here are 25+ fun, productive and creative ideas for you to fight boredom when stuck at home.
Read more
wpDiscuz
0
0
Would love your thoughts, please comment.x
()
x
| Reply