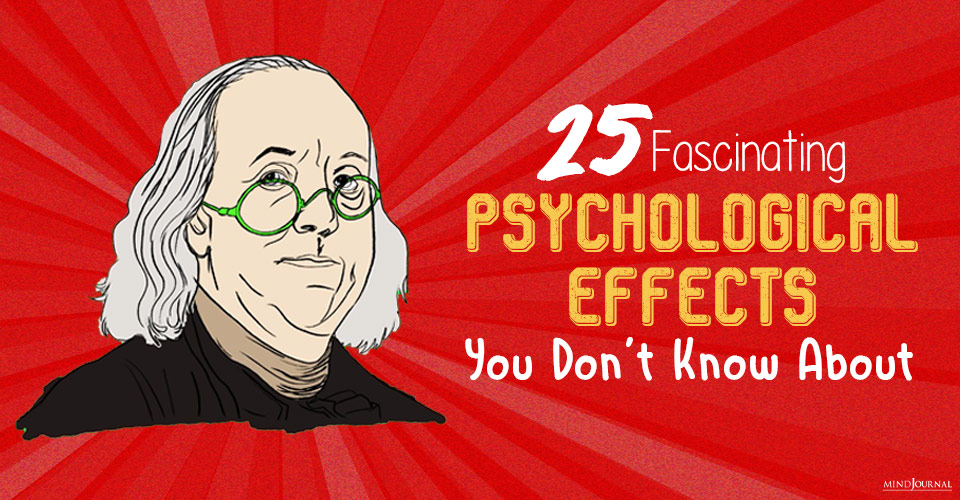 A negative reaction or unpleasant motivational arousal (urge to do the opposite) to rules, norms or individuals when someone experiences a threat to their freedom of choice.

Also known as the group attractiveness effect, a cognitive bias where individual faces are perceived as more attractive when in a group and flanked by other faces than when perceived in isolation.

One of the widely observed psychological effects in educational and organizational environments, a phenomenon where lower expectations from superiors (managers or teachers) can actually lead to poor performance in an individual as was originally anticipated.

A psychological tendency to quickly adapt back to a relatively neutral and stable hedonic level despite significant positive or negative events as good or bad experiences affect happiness temporarily.

Also known as the below-average effect, it is another cognitive bias where an individual underestimates their own abilities and accomplishments and assumes others are better than them.

So there you have it!

Can you relate to any of the psychological effects mentioned above? Which ones do you find the most interesting and fascinating?

Do let us know by leaving a comment below.

Related: 14 Useful Psychological Life Hacks To Get An Edge In Life