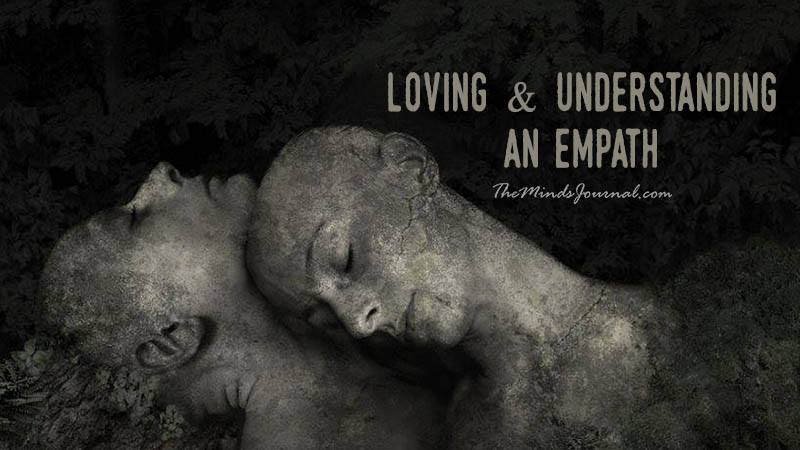 Loving and understanding an empath is crucial.

Empaths are people who are extremely sensitive on the empathic spectrum. They are not just highly intuitive but also have the ability to put themselves in the shoes of others to feel at their position. This gives them the incredible power to understand and feel at per with others.

“Empaths feel more deeply, more intensely, and more persistently than those around us. We even feel what other people are afraid to feel within themselves.”
― Mateo Sol, Awakened Empath: The Ultimate Guide to Emotional, Psychological and Spiritual Healing

An empath’s sensing ability is almost never wrong. They also have the potential to detect lies working as a “human lie-detector”.

A basic idea about what they are like is very important for us to understand so that it helps foster a healthy relationship between the empath and their partners.

Empaths have a unique characteristic that is entirely distinct from the special power of empathy. Empathy is the power to put oneself in the shoes of others and feel at per with them. While on the other hand, an empath is a person who is highly sensitive and has the potential to feel the entire gamut of sensation.

It’s high chances that an empath will be misunderstood.

Especially because they are natural givers and healers. They nurture others unconditionally and never desire for a reciprocation. It might take them a while until their true magnificent spirit receives the opportunity to shine. They never articulate their own needs; instead they engage in spreading happiness.

Loving an empath is often tricky.

It is going to be an intensely overwhelming experience to get drowned in their affection. Regardless of whether you express your emotions or not they will be able to fathom the depth of what you feel.

Hiding your true emotions from an empath is next to impossible because they will somehow find your emotions reflected in your eyes.

In spite of being highly intuitive, they often times fail to trust their gut feelings. This lack of confidence on their intuitive ability is brought about by the influence of the skeptics who doesn’t believe in the power of gut feelings.
The empath has often times doubted themselves and pushed their intuition aside, causing them to lose faith in the power they hold within that alerts them to any perceived signs of danger. Something nagging inside the mind of the empath will keep them digging for the truth.

Empaths hate lies, even if it’s a white one.

They would rather appreciate a hardcore truth than comforting lies. Although the truth is almost always ugly but for an empath it is more pleasing to look beyond the superfluous message that the world is exchanging.

Read 7 Painful Truths About Narcissists All Empaths Must Acknowledge

Relationships which are brutally raw and honest are always cherished by an empath.

They cannot stand twisting tales of others. Although at some levels they can be an extremely delicate individual, but a relationship with them encloses affection, honesty, transparency, smooth communication and deep understanding.