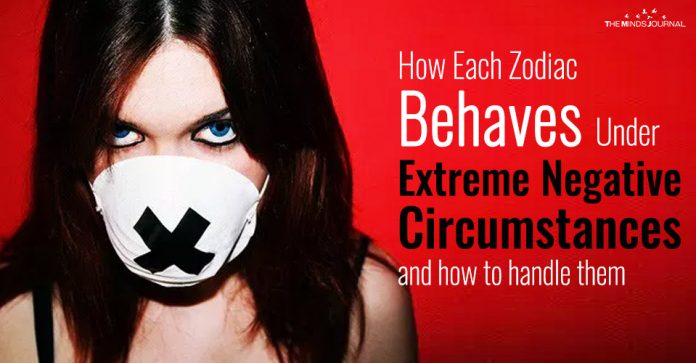 How Each Zodiac Behaves Under Extreme Negative Circumstances

We have all stumbled upon a couple of toxic friends in our lifetime or have transformed into the worst version of ourselves under stressful circumstances.

Keep reading to find out how each sign in the zodiac behaves under extreme, negative circumstances. 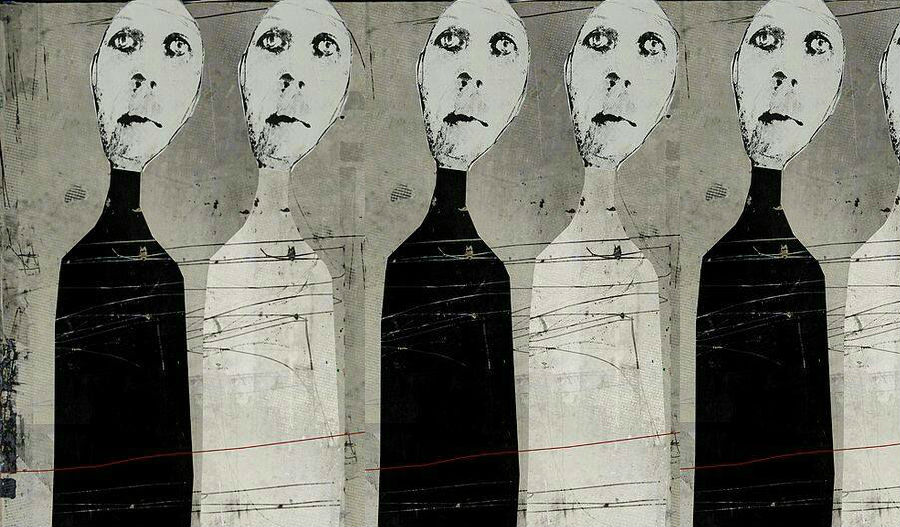 Few people are as dangerous as an ill-tempered Scorpio – they’re not known as the stinger for no reason. If you’re contending with a broody, moody being who knows how to push your buttons and does it in a way that cuts to the bone, try being upfront about your feelings. There’s a chance that even an unbalanced Scorpio will respect your directness. Whatever you do, however, don’t lie to a Scorpio. They’ll know instinctively and become even worse!

Not exactly known for toxic behavior, an out-of-whack Sag is likely to do more indirect damage with self-destructive behavior than they are to actively hurt anyone. Sadly, the best thing you can do is limit your exposure, which should be fine for a sign who prizes independence above all. Do your best not to become embroiled in the Archer’s dramas and you’ll find it easier to contend with their poor judgment.

The worst thing about a toxic Capricorn is that they’ll never see your point of view. In the goat’s mind, everything they’re doing is totally justified and correct—which can make them really difficult to deal with. For your best shot at minimizing your own frustrations, try not to argue and change the subject. You’re not going to win this battle—and even if you do, you’ll never change them.“You always have the choice to react to a situation or to consciously respond to it. When you automatically react it’s often in a state of fear or upset. When you consciously respond you come from a more solid understanding.”

Oh, eccentric Aquarius… The Water Bearer is not above bending the truth to suit their version of reality… However, this is one sign you can cut the chord with and not expect a fight. If you’re dealing with an Aquarius bad behavior don’t be afraid to take a stance—they probably won’t change, but they’ll see your approach as an attack and be more than happy to run the other way.

You may be surprised to know that a Pisces wronged can be extremely vengeful. While popular wisdom says Pisces will go into a hole and hurt themselves, they’re also known to be passive-aggressive and potentially, sneaky. The catch is this is only when they’re hurt. SO, if a Pisces is becoming increasingly difficult to deal with, ask them if you’ve done something to hurt them. It might be the end of the poison.

Well, one thing’s for sure. When Aries is acting out, everyone around them will know it. A particularly unbalanced Ram will repel people for miles around. Trouble is, they’re so magnetic, some will be simultaneously drawn to them. Don’t let yourself fall into this trap. You’ll only get snapped at. Steer clear when the crazy kicks in—and if it’s always there, find a way to bow out before it’s too late!

There will be days when you have to rummage through the heaps of negativity in your life just to find that nugget of positivity. Make it happen and stay positive. What is a good reason you should stay positive based on your zodiac sign?
Read more
wpDiscuz
13
0
Would love your thoughts, please comment.x
()
x
| Reply