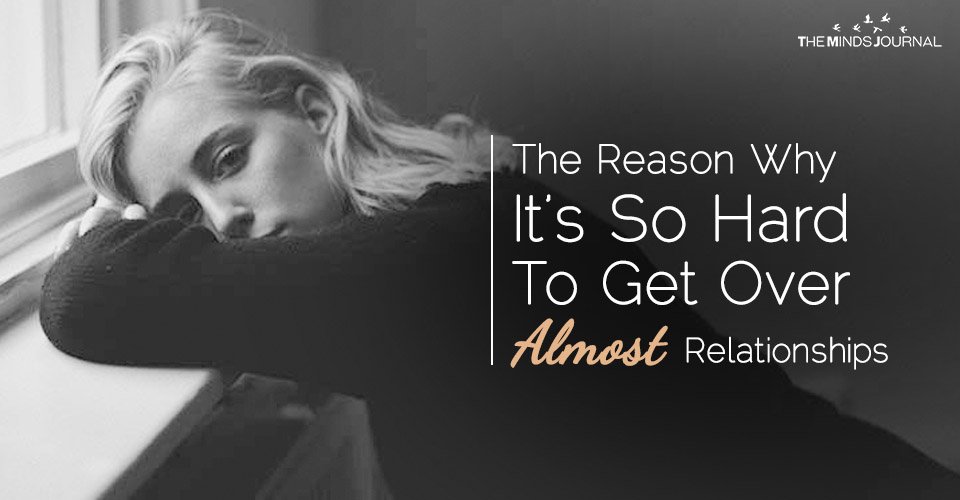 “Something always brings me back to you. It never takes too long. No matter what I say or do. I’ll still feel you here ’til the moment I’m gone.

You hold me without touch. You keep me without chains. I never wanted anything so much. Than to drown in your love and not feel your rain.”
– Sara Bareilles

The truth is it’s hard to get over something that never actually began because you’re always wondering, “what if?”

It’s impossible to get closure and move on when you aren’t exactly sure what it is you’re moving on from. Because it isn’t something you can label. It’s just a feeling.

It’s something ending that didn’t even begin but everything about the relationship was there except that label.

The painful space that broke your heart between the word girl SPACE friend. When you wanted it to be more.

And he painted every beautiful lie about why it couldn’t happen right now. So you hung on. You didn’t lose faith even in those moments you should have. He told you everything you wanted to hear just to keep you around.

Because he cared about you just not enough.

The truth was you didn’t just believe in him you believed in everything you felt because it was so deep.

You fell in love without some label and that in itself took bravery to do so.

To love something without having to own it is selfless.

So you ran in these circles of hookups and nights turning into morning and all you wanted to do was stay.

Because everything about you two was dressed up the way every relationship should.

Only it wasn’t what you needed. What you needed was something concrete. Someone you could rely on. Words that came with actions. But everything he said sounded so nice. And everything about him was ALMOST everything you wanted in a person.

He became this standard you compared everyone to, only none of them were him. And in everyone you met, you looked for him there.

But you couldn’t keep waiting with false hope that maybe one day he’d realize what you’ve known all along.

So you were caught. Caught between what you wanted and what you knew you deserved.

And your heart competed against your head like some boxing match.

Knowing very well, you should walk away but also knew with one word from him you’d turn back around.

But then one day it hits you how much time and effort and energy you’ve invested into someone who couldn’t meet you halfway.

And you don’t blame him for it. Sometimes people just can’t be what you need. And sometimes it takes everything in you to accept that.

Read 10 Lessons You Learn From an Almost Relationship

But at the same time, you wouldn’t trade any of it for anything because of the highs and lows and came with the territory of an almost relationship was everything love is supposed to be.

And you walk away knowing you gave it everything you had. And it hurts. It hurts like hell finally letting go. It hurts in those moments you want to text them but you know you shouldn’t. It hurts when something reminds you of them or your song comes on. It hurts when you drive past that place that used to be yours. And it hurts, even more, losing that faith you have in them.

And what hurts more about it is you’re fighting this silent heartbreak that no one knows about because you can’t even say it.

Because the first question out of someone’s mouth when you say you’re getting over someone is “how long did you date?” And it’s an answer you’ll never be able to give and that’s why it hurts so bad. Because you feel so alone like you’re the only fool to fall in love with someone you didn’t date.

But none the less, you walked away knowing everything about each other.

He knew you in a way no one ever will in your life. Because he was there for so much.

And don’t let a lack of label discredit the relationship you did have because it was something.

And the truth is, you’ll never have a relationship like that again. No one will ever see you as vulnerable as he did. There isn’t anyone you will ever love with your whole heart the way you did him. But what you’ll find in the time you do move on and you do meet someone new is they give you that thing he wasn’t able to.

That space between those two words disappears. Because the right person will love you the way you did him and it’ll be in that moment you realize how love is supposed to be. Not some complicated game but rather feelings of everything reciprocated.

“Goodbye, my almost lover. Goodbye, my hopeless dream. I’m trying not to think about you Can’t you just let me be?” – A Fine Frenzy