The Difference Between Kindred Spirits and Soulmates 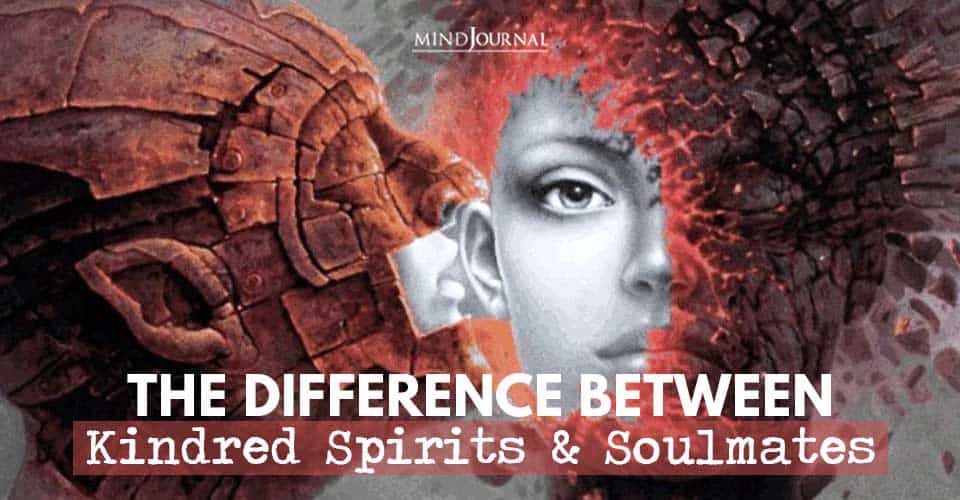 I have spoken a lot about soulmates and twin flames before, but I have never really gone into kindred spirits.

Everyone walking this planet is a kindred spirit to you. Your souls have all come to Mother Earth to help raise the collective consciousness and help the well-being of this planet.

Together, you all share a similar mission in a similar time and space dimension.

You may resonate with some spirits more than others, but everyone walking this planet is essentially a kindred spirit to you.

In many ways, this idea of a kindred spirit allows us to blur the line between one human and the next and reveals that we are all one and the same and here in this same time and space to achieve a specific mission or purpose.

So, how does this compare to a soulmate?

A soulmate is someone who is from the same soul group as you. If kindred spirits are the entire rainbow your soul group is just one specific color that goes into making the rainbow.

Think of it this way – souls come into this world attached to a big energetic “blanket”.

There are lots of blankets that come to earth, but the people who come from the same blanket as you are your soulmates.

The people who come on other blankets but into your same time, space dimension that is earth, are kindred spirits.

Essentially, everyone here on earth are all kindred spirits to each other.

It may not always feel this way, however, as even though Earth and the people on it are at a particular frequency, everyone has a different level of consciousness within that frequency range.

When you are awakened and aware, you should truly be able to connect with anyone and everyone, because you appreciate the similarities, differences, and oneness between you. When you are awakened you are also able to honor everyone’s life path and know that everyone is an important piece of the rainbow.

At times it can be very difficult to feel this way when we see so much pain, hurt, and anger in the world, however, the idea of the kindred spirit acknowledges that we are all the same, we are all working at the same time and space dimensions and we are all enjoying the energy that is Earth.

There is no coincidence that we were all sent to Earth at the same time and that connection is what allows us to be kindred spirits.

The only exception to this is people who believe that Earth is somewhat foreign or if they feel aligned with a different galaxy.

Related: 5 Signs You’re In A Relationship With Your Soulmate

These people are commonly referred to as Starseeds, and they have come from a different time and space dimension to help and aid earth.

This particular group of people has their own kindred spirits in their own galaxies however they often do come to earth with their own soulmates.

This doesn’t necessarily mean that Starseeds cannot connect with those on Earth, as they are usually very advanced in consciousness, however, the connection levels they experience may be different.

There are many different definitions out there about kindred spirits and soulmates, however, this is what I feel to be the most helpful way to describe them.

Written by Tanaaz Chubb
This article was originally published on Forever Conscious.

Tanaaz is the co-creator and owner of the website,  Forever Conscious. Tanaaz started Forever Conscious as a way to share her thoughts and ideas about the spirit world, astrology, and mindfulness. She also offers intuitive readings through the site to help people connect with their path and purpose. Tanaaz has also written two books- Becoming Forever Conscious and Messages for the Soul and has released an e-course How to connect with your spirit guides.View Author posts