What Is A ‘Black Moon’: Everything You Need To Know About It 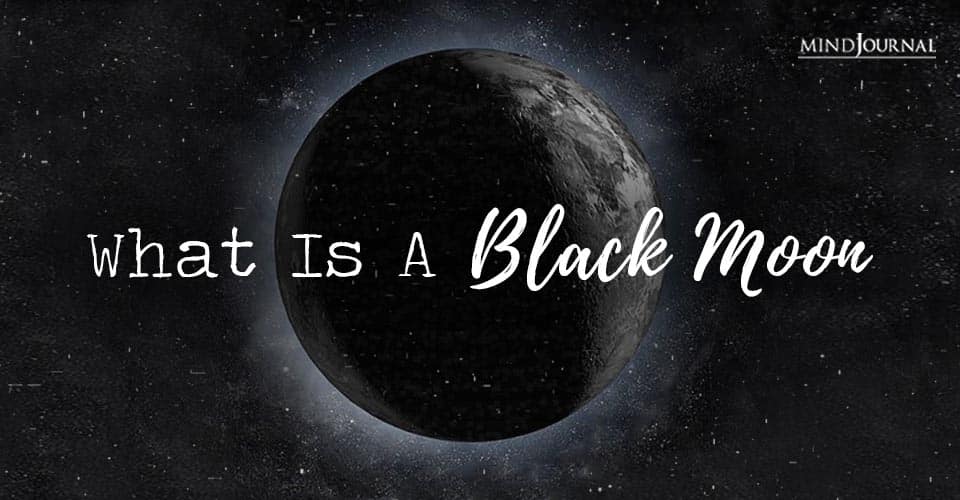 The world is going to witness one of the most intriguing astronomical occurrences today, in the form of the enigmatic ‘Black Moon’. Now, the name might sound very ominous, but it is not actually. It is simply a New Moon that is going to appear today at UTC 2:41 (August 19th August, Wednesday).

The ‘Black Moon’ is named so, because it is the third New Moon in a season that has 4 New Moons. It is more or less a traditional name, rather than a major and technical astronomical name. The ‘Black Moon’ appears once in every 30-33 months, depending on which time zone you reside in.

Naturally, like every other New Moon, this moon is also going to be invisible to the human eye. This is because only it’s far side will be illuminated due to the satellite coming between the Sun and the Earth. If you thought that the moon has a dark side, then no, that’s not the case.

There is another kind of a ‘Black Moon’.

When a New Moon occurs for the second time in a calendar month, it is sometimes addressed as a ‘Black Moon’. This kind of occurrence happened in the United States Of America on July 31st, 2019, and will next occur on April 30, 2022, when there is going to be the occurrence of a ‘Black Moon Eclipse’.

When this will happen, a fragmentary solar eclipse will be seen from Antarctica to South America. Due to the fact that this New Moon will be perceptible across the part of the Sun, it will probably be the most discernible kind of ‘Black Moon’ there can ever be.

Why are astronomers and stargazers crazy about the this moon?

Just like any other New Moon, this also leads to dark skies, and this is one of the biggest reasons why they love this. Even though astronomers and stargazers also have a bittersweet bond with the ‘Black Moon’.

This is because any moon is basically a bright orb that dominates and hides the rest of the celestial bodies in the skies, such as the stars. When the moon is up, it becomes a challenge to see faraway galaxies, nebula, and open clusters. Additionally, it becomes difficult for them to see anything apart from the brightest and biggest stars in the sky.

That is why the dark skies due to this moon will be a welcome change since it will be the perfect time to stargaze and look for many interesting constellations and sky objects.

Also, want to know another exciting thing about all this? You will be able to see the Milky Way too!

From a dark sky site, you will be able to witness the Milky Way across the sky, and towards the southern horizon after dark. All you need to do is find the planets Saturn, and Jupiter in the southern direction and the Milky Way will be on their right side, a little bit down south.

When will the next ‘Black Moon’ appear?

The last time the ‘Black Moon’ appeared was on August 21, 2017, which ended up causing the “Great American Eclipse” (total solar eclipse). By these calculations, the next occurrence will take place on May 19, 2023.

So, are you going to catch this exciting astronomical event today? Let us know in the comments down below, how your experience was!