6 Steps To Finding Your Soul Mate 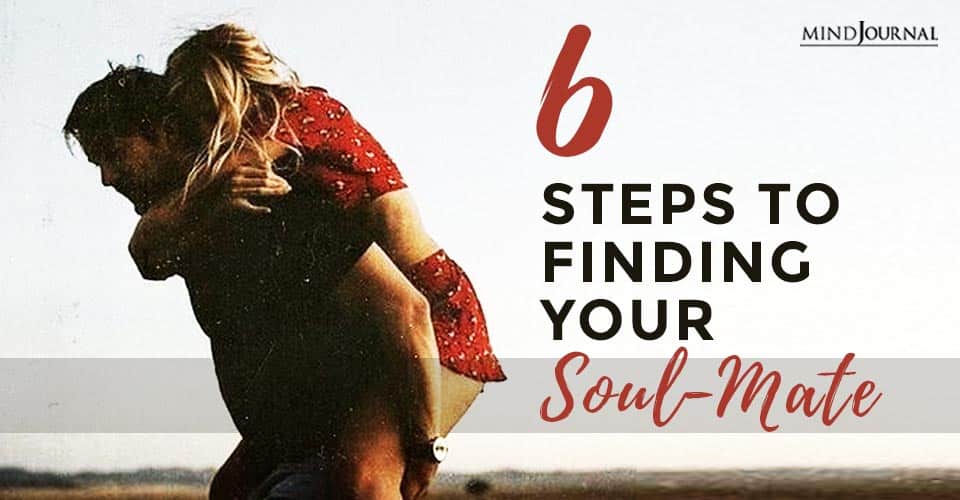 When you first start looking for a new partner, it can be a very daunting prospect. This is especially true if you’ve been single for a significant period of time or if being single for a lengthy period makes you feel distressed.

Dating, like any other skill, becomes easier the more you work at it. Soon you will no longer feel intimidated or overwhelmed when going out to find your life partner.

You must reframe your dating criteria to move this process along:

First, you’ll no longer be looking for a casual date, so you’ll probably seek a different type of person than you did before. Physical appearance, while important, shouldn’t be the most important thing here. What’s most important is that the person fits as many criteria as possible on your list from Step 1.

Second, the person should be stable, emotionally capable of being in a long-term relationship, and compatible with you. Opposites certainly do attract, but they rarely stay together for very long.

A third crucial criterion that shouldn’t be overlooked is that this partner must be single already. It doesn’t matter if people claim that their partners don’t understand them, or that they’re going to leave the relationship.

If they’re not currently single (and generally speaking, separated doesn’t count unless divorce proceedings have been initiated), stay far away from them. God and the Angels of Love aren’t in the business of breaking up families, so you shouldn’t play any part in that. We believe this scenario is so common that we felt the need to word this as strongly as we have.

Now we must insist on a pinkie swear from you that you won’t get involved with an unavailable partner. Deal? Great. Moving on.

Courage and confidence have a lot to do with how you find your mate. You’re potentially dealing with someone who’s just as intimidated by you as you are by him or her.

When seeking a lifelong partner, traditional roles such as those dictating who may approach who do not mean as much as they did when you were just looking for a casual partner.

This is especially true when it comes to spiritual events. Men who attend are generally very conscious of the fact that they’re in the minority and tend to behave in an introverted way.

If you’re a woman, even though these men might love to approach you and strike up a conversation, they’d never do anything to violate a woman’s boundaries.

If a woman is interested in a man at one of these events, it’s imperative that she give him a subtle but clear gesture indicating that she wants to talk to him.

We’ve attended and staffed a multitude of spiritual events around the world where we’ve met hundreds of men. By and large, they’re the greatest bunch of guys imaginable, but many are also beset by conflicted feelings that don’t improve their odds of finding a life partner.

Even though they’re 100 percent compatible with so many of the women in attendance, these men are petrified of rejection or of offending a member of the opposite sex.

This fear, combined with women’s societal expectations that men should approach them, creates a perfect storm situation where people who are very eager for a connection end up just staring at each other without speaking. This situation also applies to same-sex partners.

Obviously, something needs to change at these spiritual events and other meetups where reticence prevails, and we hope that you will be the one to instigate that change!

Somebody, at some point, needs to say something, and it may as well be you. Put aside any worries that you may be intruding on or that your advances are unwelcome.

That will be immaterial at that moment. All you have to do is start a conversation with this person. You may find that you have quite a bit in common if you take the time to get to know each other. The same is true for almost any mind-body-spirit gathering.

Singles go to these events to meet people precisely because the attendees are so different from the mainstream dating crowd.