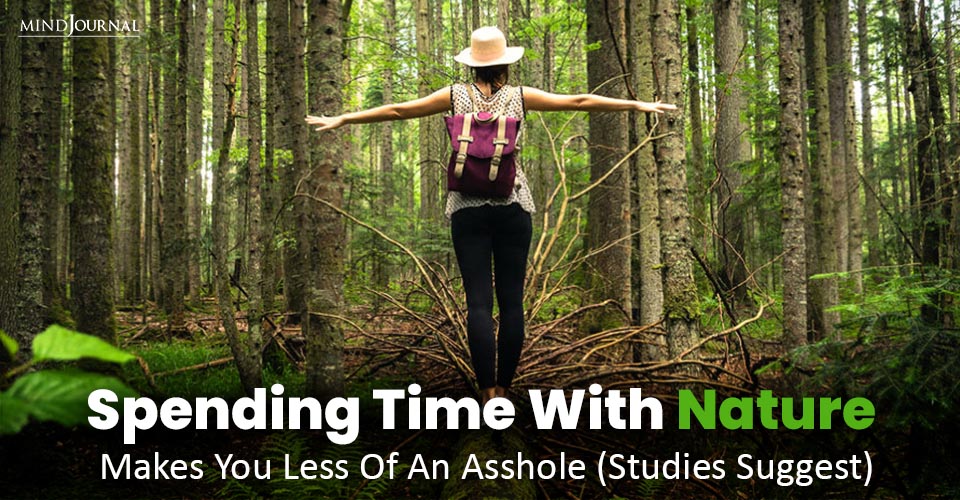 Nature Makes You Less Of An Asshole! Spending time in nature is well regarded as being one of the most healthy ways to spend your time. Scientists have started to quantify how nature betters an individual.

The University of California, Berkeley, has scientifically proven that spending time in nature encourages feelings of trust, generosity and selflessness.

Researchers tested this theory in a number of ways. In one, participants were shown different nature scenes that were independently rated. The participants were observed playing the Dictator Game and the Trust Game.

These games measure generosity and trust, respectively. Exposure to the ‘more beautiful’ scenes, resulted in participants being more generous and trusting than those who were exposed to the ‘less beautiful’ scenes.

Another method had the participants fill out a questionnaire about their emotions. The table where the participants sat, featured ‘beautiful’ plants. After they filled out the survey, they were told the experiment was over but it wasn’t.

They were offered the opportunity to make origami cranes for a relief effort in Japan. The number of cranes made or not made was an indicator of their willingness to help. The participants surrounded by ‘more beautiful’ plants made more cranes than those who sat with ‘less beautiful’ plants.

It would seem that it isn’t just the presence of nature that inspires productive and more socially healthy behaviour, it’s how appreciable that element is.

Using this logic, if you walk around a city block and notice the trees and birds, this is healthier than the ‘less beautiful’ artificial office building or shopping centre.

Science has proved what the wise have known for decades, nature is good for you!