Does Social Media Increase Teen Depression? This Is What Research Says 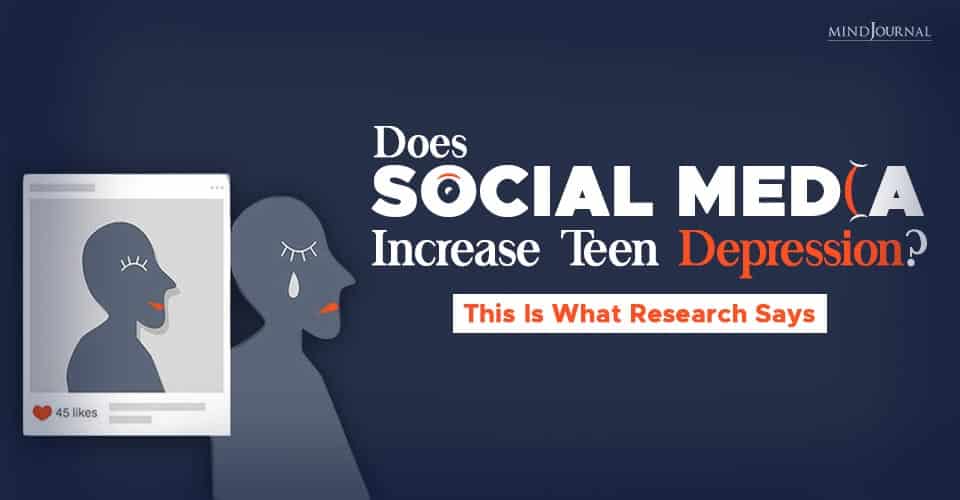 Recent research suggests video games are not harmful but social media may be. Research is helping to sort out which online activities may be harmful to teens and which are not. It’s a “good news, bad news” story.

A group of researchers in Montreal studied the online activity and screen use patterns of almost 4,000 adolescents over a four-year period starting in Grade 7. Their research showed that, on average, as teenagers’ use of social media increased in a given year, so too did their reported symptoms of depression that year. That’s the bad news.

The good news is that being online playing video games didn’t have the same negative association. (There were few advantages also, but on the whole, gamers showed less risk for increased levels of depression).

There are a few details you should know before you take your teen’s phone away or ban them from Instagram.

First, teenagers, regardless of their level of social media activity, generally tend to report more depression as they get older.

Second, the study is helpful because it suggests that not all active screen time impacts children in the same way. In a previous blog post, I argued, based on the available evidence, that children who spend lots of time passively in front of a screen (watching television or Youtube videos) were more likely to suffer mental health problems than if they were actively engaged online.

As the theory goes, once one starts feeling like one doesn’t measure up to their peers, a downward spiral begins that reinforces negative thoughts and feelings.

Related: What To Do If You Are Depressed: A 15-Step Guide

To be clear, comparing our own paltry lives to the Kardashians is unlikely to do much harm. Social comparisons only become toxic when we compare ourselves to others in a reference group that we feel has characteristics that are reasonably attainable.

In other words, I may find it fun to watch famous people driving million-dollar vehicles, but what is likely to bother me most is if a peer has new shoes and I don’t. While we can quibble over the materialism of young people, the fact is that all those picture-perfect selfies at the mall (fake smiles included) are making teens feel excluded and may be contributing to depression.

Here Are A Few Tips To Limit Your Teen’s Social Media Usage:

While I wouldn’t promote video games too enthusiastically, encouraging kids to develop a social life online may be the best of the bad options they have.

2. Educate kids about the dangers of social media.

Turn a child’s phone off at night. We adults could model that strategy! Leave phones outside the bedroom.

Related: 4 Tips To Support Someone Who Is Struggling With Their Mental Health

4. Offer young people time out from their online lives

by distracting them with other kinds of activities—sports, arts, or just hanging out with friends face-to-face.

With the recent spike in rates of mental health disorders among our teens, this new study contributes another piece to the puzzle as we become more and more reliant on screen time. I’m confident we will find a balance, just as we did centuries ago when the Industrial Revolution chained us to factory labor. The digital revolution is still emerging. We need to think about its short- and long-term consequences.