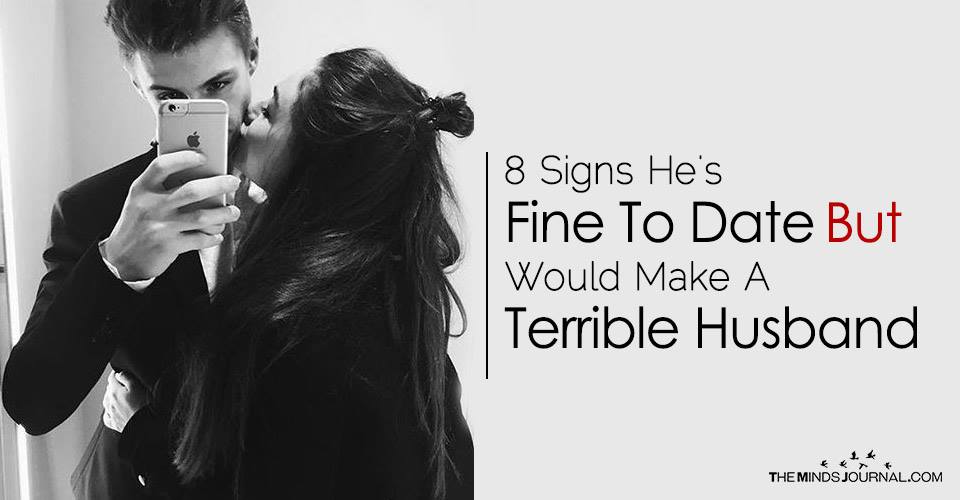 “Is he a nice boyfriend?”

“Will you marry him?”

Yes. That is how some of us feel about the man we are sharing our current lives with. Well, not me. I’m single. But then I do know a couple of females who have a weird blankness on their faces whenever they are asked if they see their boyfriend in their future. I’m sure they have some reason for that. I mean, how can you be in love with a person and not see a future with them? I’m sure they have some really strong reasons for saying so. Maybe it’s something they see or feel. You know when you come across a guy whose last name you’d love to keep. Someone you can take home to meet your parents.

Well after a lot of thoughts, I summed it up. And it came down to these 8 signs which indicate when a man fit to date but not someone to set up a family with.

1- Can not Do Anything Without His Mom.

He is completely dependent on his momma for everything. It’s good to love your mother but it isn’t good for a grown-up guy to not be able to do anything without involving his mother on it. Being with this guy will just make you feel like he’s going to be your responsibility all your life. Not to forget, boys who are ridiculously involved with their mommas are very tough to deal with.

2-  He Believes A Woman Is His Husbands Property.

That’s the first stage of objectifying a woman and it is a complete no for such a guy. Someone who cannot understand the importance of a woman in a marriage is less likely to even respect her. And no relationship can survive without respect. He’s too much of a dictator to be a companion for life.

3- He Tries To Have A Word On Your Birth Control Issues.

Woman, listen to me, block this guy right now. Let alone a husband, he isn’t even a person to be in a relationship with. Your body is yours and nobody can take away your rights on your own body. If he flips out when you tell him that you want to get your tubes tied, then it’s a NO FOR THIS GUY IN CAPITAL LETTERS.

4- He Forces You To Bond With His Family.

There is no point in forcing a person to like someone. It comes from within. You should really reconsider marrying this guy if you don’t like his family. Marriage isn’t an overnight thing. You are going to spend an entire life with a person. You surely wouldn’t want to spend your entire life being surrounded by people you don’t like. It’s practically unfair on both sides. You can’t leave family behind. And if you are sure to not like them, then don’t let him force you to create a bond.

5- You Both Expect Different Things From A Marriage.

It’s ok to be different from your significant other. But it is not ok to share your life with someone who has different expectations from the relationship. If you both do not have a similar goal in your marriage then you might as well drop the thought of building it in the first place. Both of you will run in opposite directions all your life and then curse each other.

Wait. Don’t get me wrong. I’m not asking you stop considering a person just because they aren’t rich. I’m asking you to stay away from someone who isn’t working for building a stable future. And by stable, I mean mentally as well as financially. If you find a man who is really showing an effort to make it better for you and the family he’s trying to build, stick around him. Help him grow. Help him build his empire and be his queen. But be sure to say Goodbye to a man who’s is comfortable in being broke.

7- You Don’t Reach Out To Him In Tough Times.

How can you spend your life with someone you can’t even emotionally open up to? It’s very easy to undress for sexual intimacy.  But it takes a lot to be comfortable with someone. Be with someone who touches your soul before touching your body; someone who brings you peace. Marry a person in front of whom you are allowed to be vulnerable without the insecurity of being judged.

8- Deep Down You Know That It’s Humiliating To Be Seen With Him.

Love makes a person grow. And if your love can’t make him into a man, be sure that he isn’t the one you can set a family with. You can’t be with a man who is a complete wreck. You don’t need your spouse to be extremely handsome but being presentable is a must.

Who Are The “Keepers?” 15 Identifying Traits of Successful Long-Term Partners

Soulmate Signs and Signals: 8 Identifying Signs Of A True Soulmate

6 Signs You’re In A Relationship With Your Soulmate

If She Has Even Half of These Qualities You Should Definitely Marry Her!

If He Says These 13 Things, Your Guy Is A Total Keeper 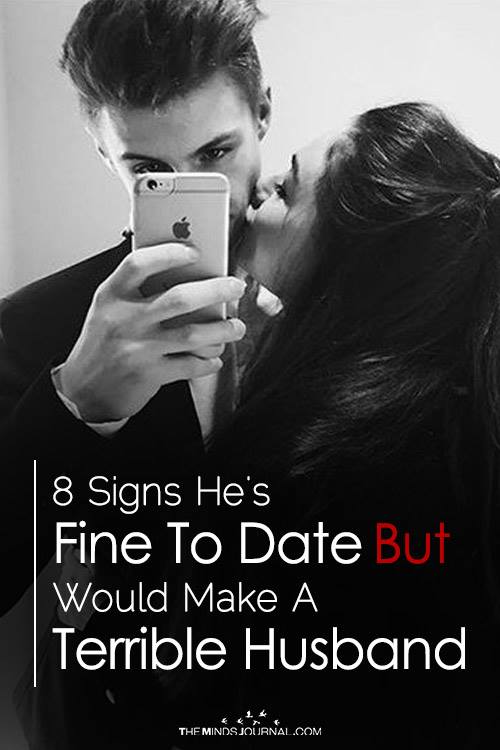