The Top 5 Regrets Of The Dying 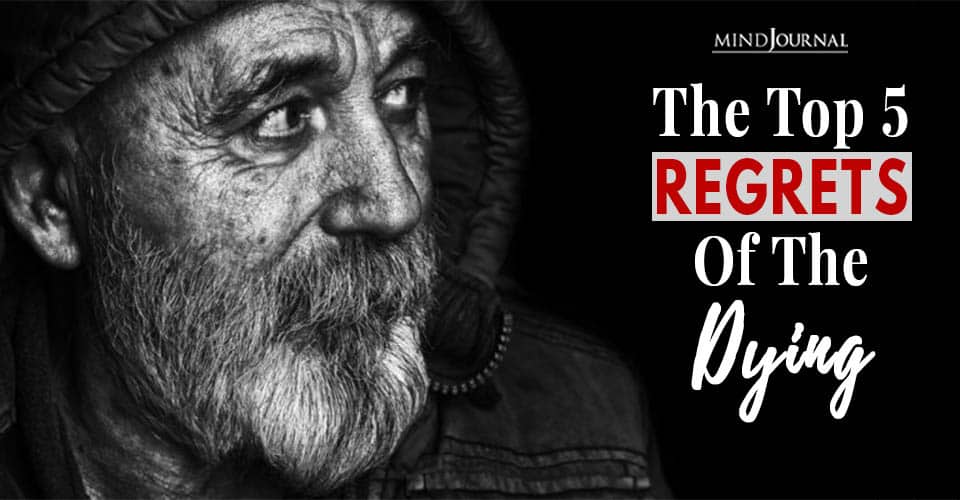 Have you ever thought about the regrets you might have when you will be dying? A nurse recorded some of the most common regrets of dying people, and you know what the most interesting and sad regret was? It was “I wish I didn’t work all the damn time and focused on my loved ones more.”

Bronnie Ware is an Australian palliative nurse who counsels dying people in their last days, to make their passing away a little bit easier and peaceful. She has spent many years working in the palliative care field and cared for patients during the last twelve weeks of their lives. Ware recorded these dying regrets in her blog called Inspiration and Chai, which gathered humongous attention. It became so popular, that she decided to put her observations into a book called The Top Five Regrets of the Dying.

She wrote that when people reached the end of their lives, they gained amazing clarity about the lives they have lived. Ware also says that this is something that everyone can learn and gain wisdom from.

Here Are The 5 Biggest And Saddest Regrets Of Dying People

1. “I wish I had enough courage to live the life I dreamed of.”

“The moment a person knows that they are dying, they look back at life with a lot more clarity and honesty. And once they do, they realize just how many of their dreams have remained unfulfilled. They regret the fact that had they made different choices, they could have had a happier life. Those unfulfilled dreams weigh heavily on their hearts and souls.

By the time they realize that their journey is ending, it’s too late. It’s seen that most people could not honor even the least of their dreams, and are going to die knowing that it was all because of the choices they decided to make, or not make.”

Related: 4 Strategies For Dealing With Fear and Live a Courageous Life

2. “I wish my job was not the most important thing in my life.”

“Every male patient I took care of, expressed this regret. They regretted the fact that they had to miss out on their children’s childhood and their spouse’s companionship, just because they were too busy making money and working a job. Many women also expressed this regret, but since most of them were from an older generation, they weren’t really the breadwinners of their family.”

“Many people tend to bottle up and suppress their feelings, to avoid disturbing the peace. And some people are simply not that expressive. Oftentimes, this results in them settling for an average life and existence in which they could never become what they were truly capable of. Many of them even ended up with illnesses that were a direct result of all the resentment and bitterness they harbored in themselves.”

4. “I wish I prioritized friendship more.”

“Often people don’t realize the value of having genuine friends in life, until their dying weeks, when it’s not even possible to contact them. Most of the time, people are so caught up with their own lives that they let go of good, strong friendships. And when their time almost comes to an end, they keep on regretting the fact that their friends deserved better, and they should have worked more on sustaining those friendships.

Missing your friends is a very natural reaction when you are on your deathbed.”

Related: 11 Things That Are True Only For Genuine Friendships

“Being happy is a choice, but not a lot of people realize that. Not until it’s too late. They heavily regret the fact that they chose to be stuck in the same old habits and patterns, and how the cocoon of familiarity stopped them from being truly and ecstatically happy.

The fear of getting out of their comfort zone, and taking a leap of faith was something that they always shied away from. This fear made them pretend in front of others that they were really happy in their lives, but deep inside, all they wanted to do was laugh out loud and embrace silliness.”

So, do you have any regrets in your life, and what is your greatest regret so far? Open your heart out in the comments section!