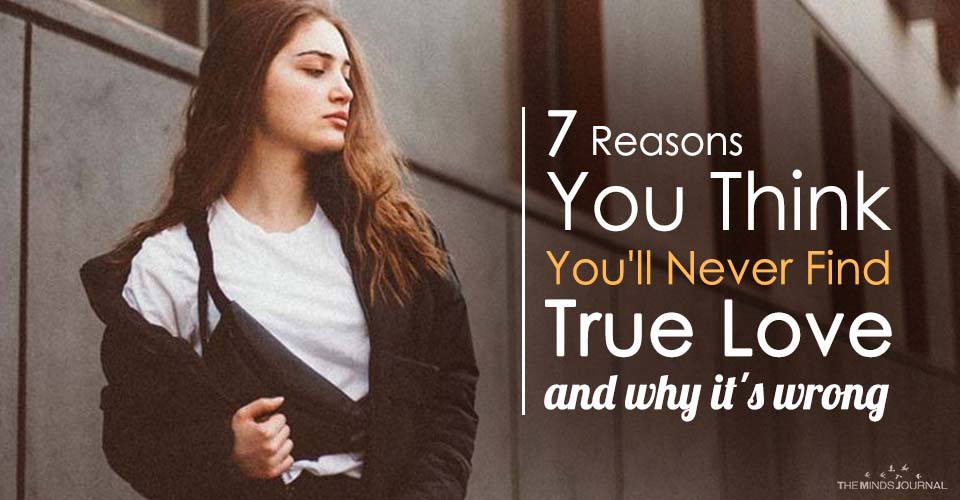 A shocking number of women have given up on finding love — but they shouldn’t.

A recent poll of 2,000 adults suggests that one woman out of every eight has given up on trying to figure out how to find true love.

It sounds radical — and sad. But how seriously should we take it?

In all probability, Dionne Warwick expressed it best all those years ago, when she sang the anthem for heartbroken women everywhere, I’ll Never Fall In Love Again. That song is all about feeling disappointed after a failed romance, and it ends with the wryly self-aware lines, “So for at least until tomorrow, I’ll never fall in love again.”

But before we break out too many sad trombones, let’s look at what that poll really says about women who say they’ll never find love.

It doesn’t take a genius IQ to know that giving up on love is often a reaction to feeling deeply hurt and disenchanted.

It’s the women who have invested the most in a failed relationship who’ve got their fingers most badly burnt. Not falling in love again is a way of protecting themselves in the future.

2. They confuse the issue

Giving up on love is a way of saying, “I don’t believe there’s another way of doing this thing called love, so the only option I have is to wash my hands of it.”

Women who fall for a “bad boy” tend to do so more than once. When a relationship goes wrong, first you need time to lick your wounds. Then it’s time to look at the patterns like the kind of man you’re attracted to, the way you act in a relationship, the expectations, and dreams that you bring to the table, what you turn a blind eye to, and much more.

Blind love is often stupid love. It pays to have a clear sight about yourself and your prospective partner before you dive into the romance.

Read How to Love Yourself More (Even When Others DON’T)

4. They take it too personally

Of course, you can learn something from failed relationships, but too many women learn the misguided lesson that they’re less attractive and worthy human beings than the women who’ve managed to find a lasting relationship.

A far more useful lesson is that failure means they’re simply doing something wrong. That really isn’t a disaster because you can always learn how to change a behavior.

5. They give up too soon

No baby ever got up onto its little wobbly legs, took one faltering step, fell on its face and said, “That’s it, I’m done. I’m through with walking!”

Some people are naturally better at creating good relationships than others. But any woman can master the art of having a great relationship. You may have to fall on your face once or twice. That’s normal. It’s all part of the learning experience. But if you keep “falling on your face”, get some help to figure out how you can change that.

6. They send out the wrong message

That “I hate all men” message is actually putting you at risk.

There’s a special kind of man who will approach the woman sporting the big “Stay “Away” banner. That man is the Hunter. He piques his vanity and massages his rather large ego to win over the woman who’s sworn off men. For him, it’s all about the thrill of the chase. You’re flattered that he’s going to such effort to woo you, but beware.

Once he’s caught up with you, he’ll soon get bored and move on. The chase is his thing — not cozy domesticity.

7. They think they will never want love again

Women who give up on love do so — for a while — because they love too much and want a partner so much. That yearning isn’t going to go away. Whatever they say now, they’re not going to enter a nunnery, and they will want search for love again. They can silence that yearning for a while, but it will come back even stronger than before.

Instead, they need to ask themselves, “Since love is so important to me, how can I do things differently next time? What’s the most powerful thing I can do to change the way I ‘do’ relationships so I find the love I truly want next time?”

The yearning for love is a normal, powerful human drive. When we try to suppress it, it only comes back stronger.

The polls may say what they please, but the reality is that the vast majority of women need to feel loved. Giving up on love won’t make you happy, and it won’t work. Taking a sabbatical from love while you become the woman who can captivate and keep her perfect partner makes a lot more sense.

You don’t have to give up on something simply because you don’t know the best way to do it. It makes much more sense to learn the simple skill that will turn your love life around.