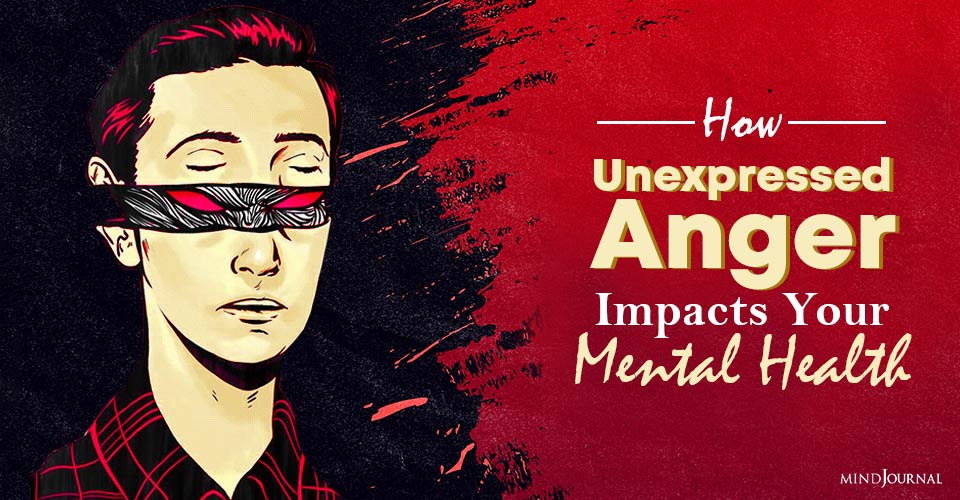 Most of us tend to ignore or avoid our negative feelings that can arise from different situations, instead of learning to deal with them. We don’t learn to let go of them and that is the reason many people suffer from unexpressed anger and pent-up frustrations which can later negatively affect our physical, psychological, and social functions.

Though we often associate the two, anger is not aggression. Aggression is the enactment of anger and can take many forms from physical to verbal. Anger, however, is an emotion, a feeling. There is an odd irony that anger is in the same club of emotions like joy and love because it can feel so utterly different, easily igniting aggression with the right conditions.

Under its spell, we can feel like a pumped-up, steroid-injected alter ego that we don’t recognize later on. On one end of the spectrum, anger can be the source of festering stress. On the other, anger can be the fuel to violence and destruction, even death.

Related: Karl Koch’s Tree Test: What A Drawing Can Reveal About Your Emotions

Anger is so strong that it has the capacity to change others’ behavior. No other human emotion has the capacity to bend the will of another the way anger can, especially when anger turns to aggression. I certainly hightailed it away from that New York muscle man.

Anger expressed in this way is like the growling lion in the wild. This kind of anger creates fear, the effect of which is to scare off an intruder or predator. The approach of the fight can induce an avoidance reaction of flight.

But the emotion of anger that we often experience as humans is not always, or even usually, expressed as outward and violent aggression. Unlike lions, humans do not act on instinct alone.

What Are The Causes Of Unexpressed Anger

Often, people turn these emotions of anger inward to the later surface as depression or bitterness. In my work as a psychiatrist with children and adults, it is not unusual to discover that repressed anger has turned into a sense of powerlessness, stress, frustration, or disapproval.

Many of these people are experiencing anger and do not know how to express or handle this very powerful emotion. Anger can rankle in the human brain and manifest in many other destructive ways. Anger’s power over us individually is immense, and its ripple effect throughout all aspects of our lives—our relationships, our careers, educational experiences, even our longevity—can be life-altering, even devastating.

Yet, just as potent is our innate ability to understand and control the forces of anger in ourselves and others. Think back to the last time you were extremely angry. Did you use strong language, yell or strike? While it may seem that these responses are spontaneous and uncontrollable, each one is actually profoundly under your control. You have a choice of what to do and how to express your anger.

This ability to choose develops as we grow older. If you’re a parent, you have seen how anger can consume a toddler who can’t reach or have something she’s after. You have had to step in, change the course of your child’s behavior, and redirect her emotions.

You are slowly showing your child how anger can be controlled. Anger control is expected of adults, although of course, it doesn’t always happen. Often, the angry person appears to be out of control and their actions unpredictable.

Their unpredictability can make us anxious and activates in us the avoidance of flight, or the approach of the fight. Sometimes we know we are not strong enough to fight or fast enough to flee. So we freeze, try to become invisible, and hope the danger passes.

But there is another choice we can make.

Dr. Joseph Shrand is Chief Medical Officer of Riverside Community Care headquartered in Dedham MA. He is a Lecturer of Psychiatry at Harvard Medical School, and triple board certified in adult psychiatry, child and adolescent psychiatry, and a diplomate of the American Board of Addiction Medicine. Dr. Shrand has developed a strength-based model called The I-M Approach that suggests a fundamental paradigm shift, moving away from pathology to viewing a patient at a current maximum potential. Dr. Shrand is the founder of Drug Story Theater, Inc., a non-profit organization that takes teenagers in the early stages of recovery from drugs and alcohol and teaches them improvisational theater techniques. The teenagers then create their own shows which they perform in middle and high schools, so the treatment of one becomes the prevention of many. Dr Shrand has a weekly radio show on WATD 95.9 FM, The Dr. Joe Show: Exploring who we are and why we do what we do. Invited experts discuss a range of topics in addiction, mental health, and the state of the world! The Dr. Joe Show is now available as a podcast. Dr. Shrand is the author of Manage Your Stress: Overcoming Stress in the Modern World, Outsmarting Anger: Seven Strategies to Defuse our most Dangerous Emotion, the winner of the 2013 Books for a Better Life Awards, 2013 Psychology self-help category, The Fear Reflex: Five Ways to Overcome it and Trust your Imperfect Self, and Do You Really Get me? Finding Value in Yourself through Empathy and connection published by Hazelden Press. Among colleagues and staff, he is affectionately called “Doctor Joe,” as he was “Joe” in the original children’s cast of the PBS series ZOOM.View Author posts