How to Recognize the Signs of Emotional Infidelity 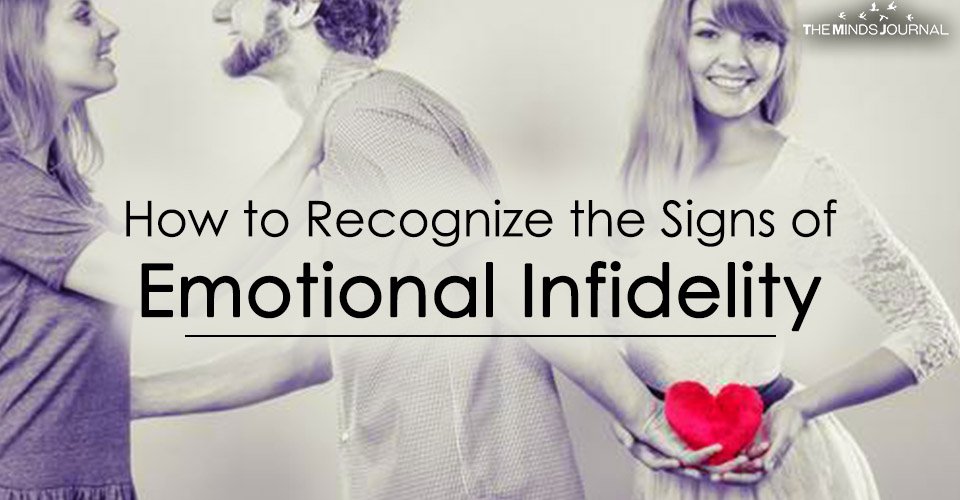 You might be surprised to learn that emotional infidelity is considered cheating and that it is almost always the first step on the road to physical infidelity.

There is far more to a relationship than just having a physical relationship with only one person and one person only. The truly satisfying and meaningful part of a marriage is the emotional bond you share with your spouse.

Emotional infidelity is when your spouse other begins to form those same kinds of bonds with another person. This almost always goes along with withdrawing from the original relationship.

You go from being your spouse’s friend and confidant to being a stranger in your own marriage. This freezing out can be difficult to deal with and may be hard to see. You may feel that the problem is on your end and that you are the one doing something wrong.

At the same time, emotional cheating involves your partner forming bonds with another person outside the marriage. One of the terrible things about emotional infidelity is that it can be difficult to define and identify. Because there is nothing as obvious as sleeping with another person going on, saying for certain that it is going on is trickier to prove.

Know the signs of Emotional Infidelity

One big sign is a sexual chemistry between the two people, flirting and teasing each other. It may seem innocent because there is nothing physical going on, but emotional infidelity will cause the person to behave differently.

This is a key point that you need to keep in mind when you suspect emotional cheating. Everybody has friends; men have their best buddies, women have their girlfriends. Many people have close friends of the opposite sex, people with whom they confide much of their lives.

This isn’t emotional infidelity, and the big thing to look for is signs of guilt. The big sign that someone is becoming involved with someone else on an emotional level is the fact that your spouse feels compelled to hide it. No one hides their relationships with just friends from their partners. When they’re hiding something, it means there is something to hide.

Emotional infidelity is a problem in and of itself, but it tends to be one of the early signs of a relationship going bad. The next step is usually physical infidelity, and this is almost always preceded by an emotional affair. If you can recognize and do something about emotional cheating, you may have an easier time than if you catch it at a later stage.

The two big signs are emotional disengagement and secretive behavior. If your spouse is pulling away from you, becoming distance or hostile, this is a big sign. Likewise, if they are acting suspiciously, hiding phone calls and emails, avoiding questions and just generally acting like they have a secret, this is a sign.

You need to catch emotional infidelity in its early stages and fix it. This can be tough to do, but if you suspect your spouse is having an emotional affair, then you need to seek out and get advice and instruction on how to fix your relationship.

What Men Really Think Should Count As ‘Emotional Infidelity’