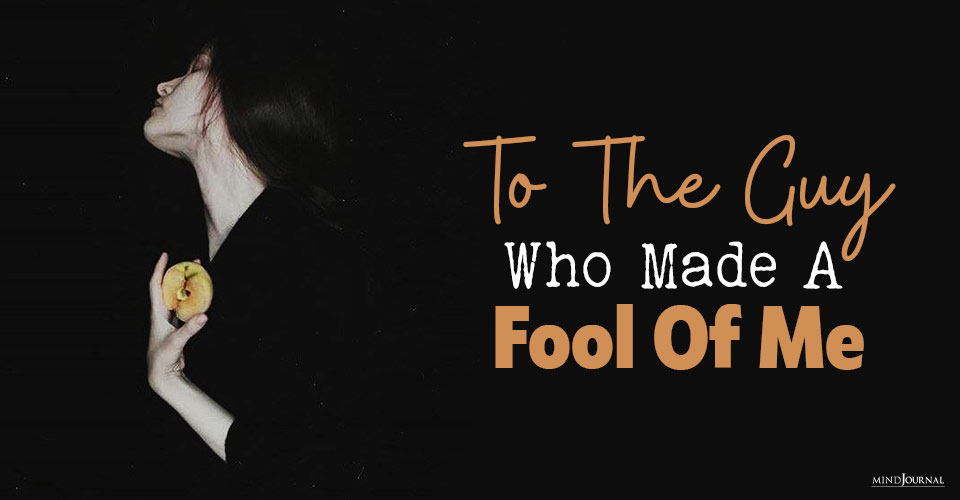 It is hard to quit sometimes despite seeing the red flags in someone, so here’s an open letter to the man who broke my heart. I made a fool of myself, but now I’ve learned and I will gain wisdom from it.

“I wish no one would ever mess with your head or send you mixed signals. Like they were so into one day and then blew you off the next. I wish no one would wait two days to text you back, because you know they had their phone off them the entire time.
Because I only want things to be simple for you. And I only want you to be happy. Because you deserve that. Because you deserve people being honest with you.” -Taylor Swift

An Open Letter To The Man Who Broke My Heart

Even saying your name to my friends, left them questioning why I was giving you another chance. Cause it wasn’t just a second chance but rather chance 5,650. But there was something about you, I thought I saw something in you. I thought if I just kept trying, maybe we could get it right.

What I didn’t realize was, I was playing a game, I was bound to lose the whole time.

I wanted to believe in you.

I thought I saw something in you. In fact, I know I did. I saw bits and pieces of the man you could be, but it takes the right woman to bring out the man in a boy. Maybe I wasn’t right. Maybe we weren’t right.

I was willing to fight for you.

Everyone said such horrible things about you. Even people saying your name left everyone’s tongues bitter and wanting to change the subject. Every conversation with everyone ended with, “I hate him.”

But I didn’t. I loved you more than anyone. And I would have done anything for you.

I wanted to prove, everyone wrong about you.

But you broke me…

I remember standing there, as the calls went right to voicemail. I remember looking at my phone as texts were delivered, but no response. I remember going to bed every night crying for so long. I don’t know what I did to deserve any of that.

All I ever did was love you the best I could.

But you left me high and dry when you were done with me.

You were quick to make phone calls in the late hours of the night and I answered every time. I gave you what you wanted. If you asked me to come, I would have.