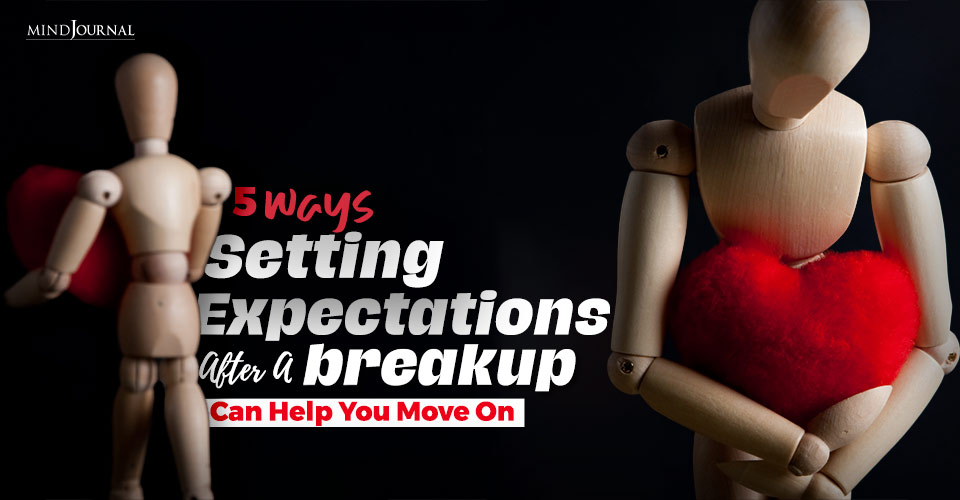 The importance of setting expectations after breaking up is not something that can not be overemphasized.

You have been in a relationship with this person for weeks, months, or years and now that relationship is ending and what is next? Life without the other person is uncharted territory, a territory that, believe it or not, if you manage it together, you will be able to get past and move on faster.

Setting expectations after breaking up can be complicated, especially when the emotions around breakups are so fraught.

Let Me Share With You 5 Expectations That You Can Set TOGETHER That Will Help You Both Manage Those Crazy Emotions And Move On.

One of the biggest problems with social media is that, after breaking up, we have endless access to information about our exes.

Instagram, Snapchat, Facebook, etc allow us to, from the comfort of our own home, watch as the life of our ex unfolds without us. Whether what we see posted is reflective of the truth or not, when we see our ex happy without us it cuts us to the core.

A client of mine knew that she had to break up with her boyfriend of 8 years and was ready to move on. And then he got a new girlfriend and she became obsessed with how the new relationship happily played out on Instagram. As a result, she was drawn more and more back into her feelings for him, missing him, and wondering if things could have been different. And then one day he called, told her he was miserable and she learned that all the posts she had been obsessed with were social media curated.

So, when setting expectations after breaking up, make sure that one of them is that you unfriend/unfollow each other immediately. If you can make that decision together, that you can disconnect from each other electronically so that you can get on with your lives, then one or both of you won’t be hurt when you are blindsided about an unfollow notification.

I can promise you, if you can do this one thing, you will be a long way along the path of getting over your ex and moving on.

Whether you do the breaking up or are broken up with, the anger that occurs at the end of a relationship can be very destructive. The desire to funnel that anger somewhere, to put it out there to the universe, to let others know what a jerk your ex is, is almost irresistible.

One of the most important things to keep in mind when you are setting expectations after breaking up is whether or not you BOTH can refrain from trash-talking each other. What happened in your relationship was between the two of you. Yes, she might have cheated or he might have been abusive but that is between the two of you. The impulse to get sympathy from someone else from telling a one-sided story is never productive and usually ends up with more acrimony and anger.

So, when talking through setting expectations after breaking up, agree that the issues that you had will stay between you and that neither of you will talk badly about each other to the world.

At the very least, not talking about your ex will help you move past them. Every time you rehash things with anyone, everything just gets stirred up again.

Another very important expectation to set after ending your relationship is that there will be no yo-yoing.

Yo-yoing is a very painful occurrence when one person keeps coming and going in a relationship. One person says they want out of the relationship but then changes their mind, comes back and then leaves again. Or they drunk text for a booty call. Or they say they want to try again but not tell anyone.

For those of us who have had our heartbroken, the inclination to give our ex a second chance is hard to resist. So, we do, and, for a few days, life is grand. And then they leave again and we go back to where we were, broken and in pain.

For those of us who have broken up, we get bored or lonely or depressed and we want to soothe ourselves and who better to do so with then our ex.

Yo-yoing isn’t good for anyone. The coming and going messes with everyone’s emotions – the person who got left is hurt over and over and the person who keeps coming back feels guilty, stupid, and confused.

Agree, when you break up, that what you have decided is for good and that, even if loneliness or boredom directs you towards self-sabotage, you will not reunite with your ex and start the craziness all over again.

If there is one thing that I believe is the most nonproductive and pain-producing part of the end of a relationship, it’s ‘closure.’

I truly believe that closure is purely an excuse for the person being left to have one more face to face with their ex so that they can spend time with them and perhaps talk them into coming back.

Closure usually involves hours of circular conversations and ends with lots of tears and still no resolution. No matter what is said, both people go away broken and in pain.

One of my exes and I agreed on the ineffectiveness of ‘closure’ and so when we broke up, we just moved on. It was hard but it was much easier for me to get past the break up having no contact with him. Months later, after we had both suffered and recovered, we ran into each other and to this day are very good friends. I believe it’s because we didn’t have to go round and round and suck the life out of each other, analyzing our break up.

So, after breaking up, it’s important that both sides make an effort to say what they need to say so that they can both move on and find happiness.

I know – this sounds really harsh, but, in reality, being friends after a breakup is counterproductive and just leads to more pain.

If you have been in a romantic, intimate relationship with someone, being friends is a big leap of faith, especially if one party has been blindsided by the breakup.

Friendship involves trust and kindness and confidence and loyalty and, usually, when people go through a breakup, these things have been absent for a while. To try to be friends with someone who you have hurt, or who has hurt you, is, I believe, more often than not, a reason to spend more time with this person you love or fill the void left when you dumped them.

I do believe that, after a time, after the intense pain has passed, people can be friends again but in the short term, while anger and hurt abound, being friends will only prolong the breakup and the pain.

Related: 10 Ways How Staying Friends With An Ex Can Get You In Trouble

Setting expectations after breaking up sounds like an impossible thing to do but, if done with intention, it can make a big difference in the amount of pain that is endured and the amount of time it takes to move on.

I know that you are in pain right now and that your ex is probably struggling as well. If you can work together, setting expectations, you will be able to move on quickly and healthily and find the love that you have always sought!

You can do it!

If you want to know more about how setting expectations after a breakup can help you move on, then check this video out below: