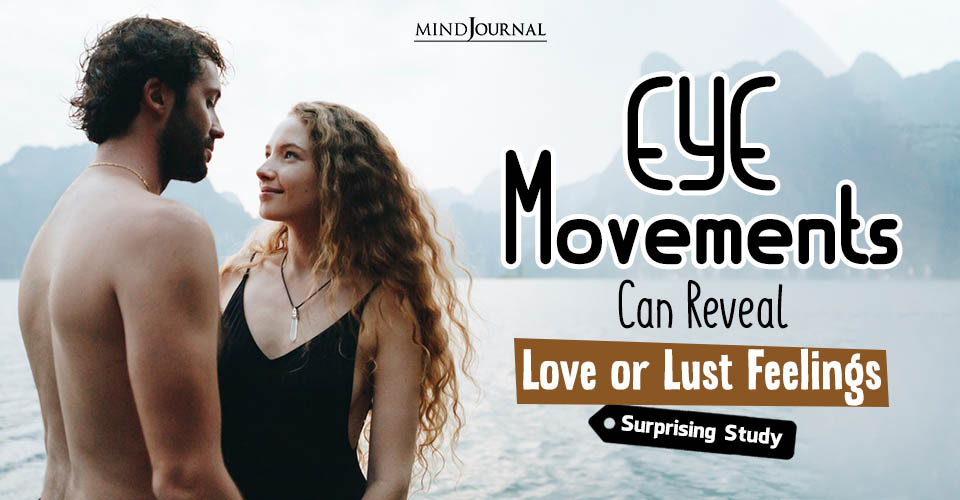 Is it a look of love, or lust? Don’t know how to find it? Well, your eye movements reveal love or lust intentions when it comes to the person you are attracted to.

Read on to know the surprising study findings about the look of love and lust in your eyes.

If eyes are the window to the soul, then eye movement is a dead giveaway of what a stranger is looking for, as they shift their gaze while talking to you. Upon close observation, you will know that eye movements reveal the difference between love and lust.

Not that we can be totally surprised, because eyes say a lot about someone’s intentions. I mean, look at Crazy Eyes on Orange Is The New Black. There’s a lot to be deduced from her adorably wonky stare.

How can eye movements reveal love or lust intentions?

When a stranger looks into your eyes, it could signal romantic love, but if their eyes slide down your body, they’re probably feeling sexually attracted to you, a new study finds. That’s how eye movement can reveal feelings of love.
This automatic judgment can happen in as little as half a second and likely recruits different networks of activity in the brain.

Read: How to Read Eyes And Know What Someone Is Thinking

Stephanie Cacioppo, one of the authors, said:

“Although little is currently known about the science of love at first sight or how people fall in love, these patterns of response provide the first clues regarding how automatic attentional processes, such as eye gaze, may differentiate feelings of love from feelings of desire toward strangers.”

In the study, men and women looked at photographs of strangers and indicated as quickly as possible whether they were feeling romantic love or sexual desire (Bolmont et al., 2014). Some were pictures of couples, others of a single person of the opposite sex. At the same time, eye-tracking equipment followed where they looked in the photographs to detect the eyes of lust and love.

By putting these two pieces of information together, the researchers found that –

This explains the difference between the look of love and lust.

Here are the ‘heat maps’ which show where people were looking in the eye-tracking study of love and sexual desire:

When people felt sexual desire, their gaze mainly focused on the faces at first, but the green area below shows their gaze moving southwards. In conclusion, eyes can tell if you are in love or lust.

Love and sexual desire are surprisingly separate processes in both the brain and in people’s life experiences.

“Love is not a prerequisite for sexual desire, and sexual desire does not necessarily lead to love. Love and lust can exist by themselves or in combination, and to any degree.”

The team is excited about the technique’s usefulness in a whole host of potential psychiatric work, and treatment, as well as further testing interpersonal relationships through things like couple’s therapy.

Read: The Science Of Love: Beyond Lust, Attraction And Attachment

If you enjoyed reading this article, leave a comment below. And, do share this article with your friends who are still wondering how to know if it’s love or lust.

Read: 6 Signs Your Partner Wants You For Sex and Not Love

So what are you waiting for? Challenge your brain by taking a look at this