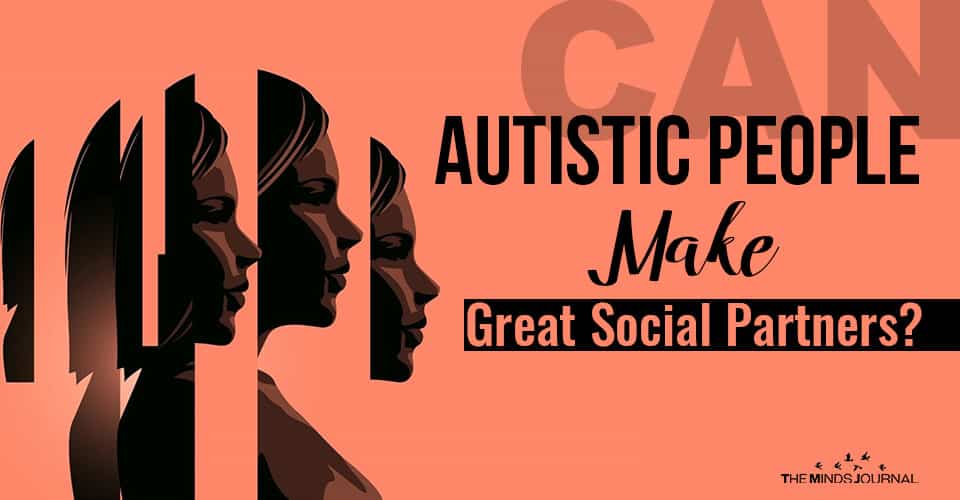 For many years, researchers have treated the individual traits and characteristics of autistic people as an enduring essence of their autism– in isolation of the social context and without even asking autistic people what their social life is actually like.

Who is to say it’s autistic people who are the “awkward” ones?

Misconceptions about Autistic people  and their social skills

A number of myths about autistic people abound.

For one, it’s a great myth that autistic people lack empathy.

This is how they were depicted for so many years in the clinical literature and in the media– as emotionless, socially clueless robots. However, the more you get to know an autistic person, the more you realize just how caring they can be, even though they may have some difficulties reading social cues. As Steve Silberman points out, empathy is a two-way street. 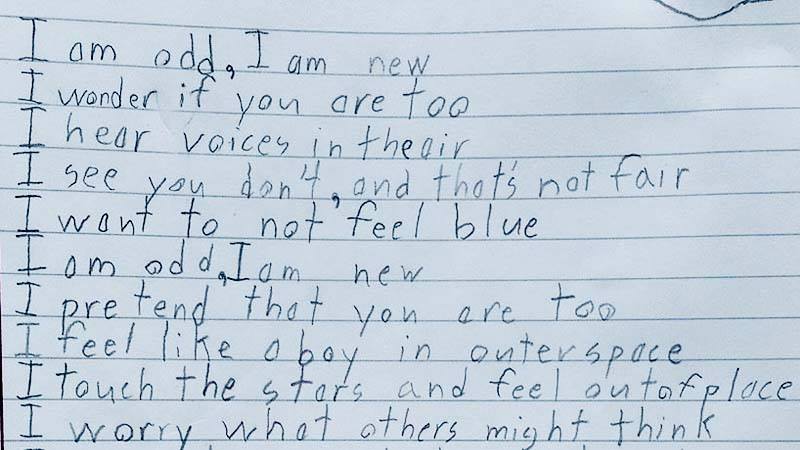 Another common misconception is that autistic people aren’t social.

I really like some recent approaches that add greater complexity to this issue, showing that when you take a contextual strengths-based approach you can see that people on the autism spectrum are much more social than researchers ever realized. The lens upon which we look at a person matters. As Megan Clark and Dawn Adams put it, “When autism is viewed through a deficit lens the strengths, positive attributes and interests of individuals on the spectrum can be overshadowed.”

Related: Decoding The Relationship Between ADHD and ASD

What does research reveal?

In one recent study, Clark and Adams asked 83 children on the autism spectrum (aged 8 to 15 years) various questions about themselves.

When asked “What do you like most about yourself?”

the most common themes were “I am a good friend or person to be around” and “I am good at particular things.”

When asked “What do you enjoy the most?”, one of the most endorsed themes was social interaction.

In other words, when asked to talk about their own lives, social interactions organically emerged as a prominent positive theme among autistic adults.

Clark and Adams concluded that “self-report studies provide individuals on the autism spectrum with a much-needed opportunity to express and share their attributes, strengths, and interests with others, adding their voice to the literature.”

I consider this a step forward– actually asking them about their lives, not just scientists telling autistic people what they are like.

This research is consistent with research showing that at least 80% of children on the autism spectrum have at least one friend and the majority are satisfied with their friendships.

While it is true that children on the autism spectrum in general education classrooms are often on the periphery of their classroom social engagement, researchers suggest it’s due in large part due to the lack of supports that would allow autistic people to engage with their peers on the school playground. Bias may be a significant factor in allowing us to see the real social potential of autistic people.

Related: 3 Mental and Behavioral Disorders That Neurocore Brain Performance Centers Can Help With

In one study, Noah Sasson and colleagues found that even within a couple of seconds typically developing people make quick judgments about people on the autism spectrum. These patterns are robust, happen quickly, and persist across child and adult age groups. Unfortunately, these judgments are not favorable or kind.

But here’s the kicker: the researchers found that the biases against autistic people disappeared when the impressions were based on conversational content lacking audio-visual cues.

As the researchers note, “style, not substance drives negative impressions of people on the ASD.” They advocate for a broader perspective that considers both the impairments and biases of potential social partners.

Watch out this interesting video to know why autism is sexier than you think:

Related: Tips for How to Get Kids With Autism to Bed

However, autistic adults were not rated as less intelligent, trustworthy, or likable. Also, despite the autistic adults being rated as more awkward and less attractive, perception of the quality of the conversation did not differ between the autistic adults and the typically developing social partners. This finding replicates the 2017 study that negative impressions of autistic people in a social situation are driven more by their presentation differences rather than the actual content of their conversation.

There are multiple possible explanations but one may be that autistic people value social interactions more, especially when given the chance to socialize. Perhaps people on the autism spectrum are more inclined to shun small talk and superficial banter and appreciate more close relationships than typically developing people. At least in the mating domain, there is evidence that people with autistic-like traits tend to be less interested in short-term mating and report a stronger commitment to long-term romantic relationships.

Not only can autistic people make great social partners, but they can also make great romantic partners!

The researchers conclude: “These results suggest that social affiliation may increase for autistic adults when partnered with other autistic people, and support reframing social interaction difficulties in autism as a relational rather than individual impairment.”

I really like the idea of reframing social awkwardness in autism. As I suggested elsewhere, perhaps we should think about the social style of autistic people as a form of social creativity. An emerging class of “drama-based group interventions” are applying drama-based techniques in a group setting to increase joint engagement and play among autistic children.

For instance, Matthew Lerner and his colleagues have used improvisation techniques to teach autistic children how to respond to unexpected social scenarios. The activities are designed to be fun and to provide shared joy and connection among the participants. Many of the autistic children who participate are treated as “awkward” and “weird” by others at schools. However, when they engage in improv with each other they are viewed as the funny, quirky, awesome human beings that they really truly are.

All of these findings suggest that the social interaction difficulties seen among autistic people may be highly contextual and dependent on the right fit between the person and the environment.

But even more broadly, these new methods and approaches within psychology are transforming how autistic people think of themselves in the world and what they are ultimately able to become. It highlights the way their unique brain wiring can be a strength, instead of immediately trying to “fix” them.

By meeting autistic people where they are, we see that they are capable of far more than researchers, and the general public had long believed to be the case. 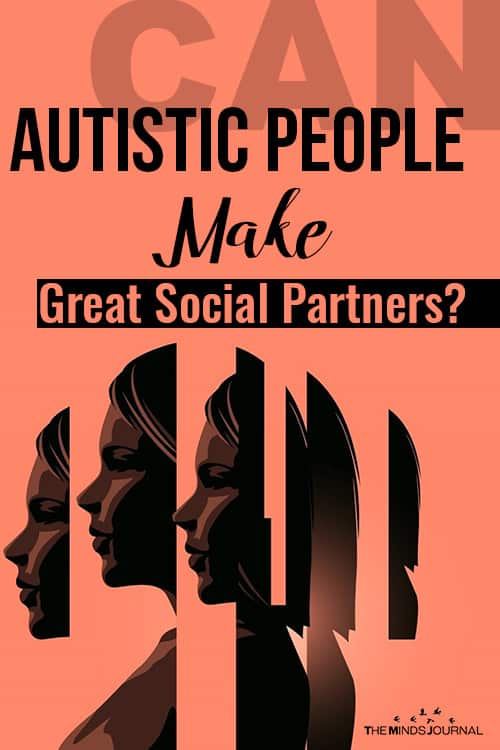 Scott Barry Kaufman, Ph.D., is a humanistic psychologist exploring the depths of human potential. He has taught courses on intelligence, creativity, and well-being at Columbia University, NYU, the University of Pennsylvania, and elsewhere. In addition to writing the column Beautiful Minds for Scientific American, he also hosts The Psychology Podcast, and is author and/or editor of 9 books, including Transcend: The New Science of Self-Actualization, Wired to Create: Unravelling the Mysteries of the Creative Mind (with Carolyn Gregoire), and Ungifted: Intelligence Redefined. In 2015, he was named one of "50 Groundbreaking Scientists who are changing the way we see the world" by Business Insider. Find out more at http://ScottBarryKaufman.com.View Author posts