Being Single: 9 Science Backed Benefits Of A Single Lifestyle 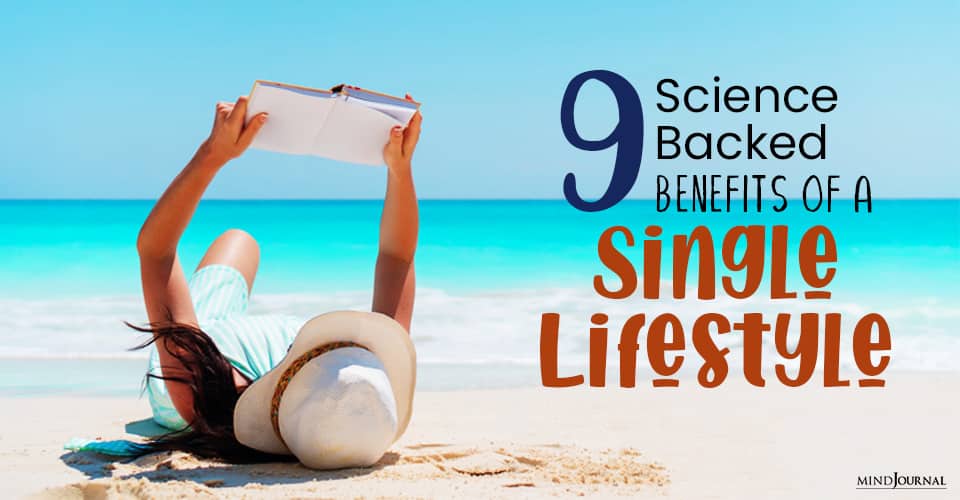 We live in a society where the concept of marriage is so glorified that most of us are conditioned to think that everyone has to get married at some point. But, times have changed and a lot of people today prefer a single lifestyle! Read on to know everything about it.

What is a single lifestyle?

A single lifestyle is all about going solo without your knight in shining armor. For some people, singlehood is a temporary phase for they know they will get married sooner or later. Some people are single because they are divorced and widowed. For some people, singlehood is permanent for they choose to never get married and be single for the rest of their lives. The prime focus of this blog is never-married single people and their lifestyles.

This group of never-married single people treat single life as a lifestyle and not as a passing phase. Because they don’t run behind the idea of finding the perfect one and never regret their decision of being single. Single people like companionship, but not as an obligatory plus-one.

People who are yearning for a single lifestyle do not fantasize about having bridesmaids or finding their soul mates. They are single by heart and strike the right balance between the time they spend with friends and family and the time they spend in solitude. They love pursuing their passions and living a meaningful life. Being single just feels right to them. They never fear loneliness. Single is who they are!

Are you riding solo?
Then congratulations! You are having the best time of your life.

Is being single better than being in a relationship?

This is the common question asked by people who want to embrace a single lifestyle but hesitate due to social resistance. I am 30 years old never-married single woman. I made a choice to be single and so far no regrets. A lot of people including me believe being single is better than being in a relationship. See the trend – the number of single people is growing in the US and all around the world.

A population survey in 2019 showed that in the US there are 117.9 million adults, 18 and older, who are divorced or widowed or have been single all their lives compared to 115.8 million found a year before.

Both married and single lifestyles have their own set of advantages and disadvantages. So, the first and foremost thing is to stay clear about your current priorities and values.  Ask yourself –

For those who want to marry go for it – if you believe in love, marriage and romance, and the idea of a committed partnership.
Don’t marry for the sake of societal (or social media) pressure to be in a relationship or assuming that a long-term partner will give you life-long happiness.