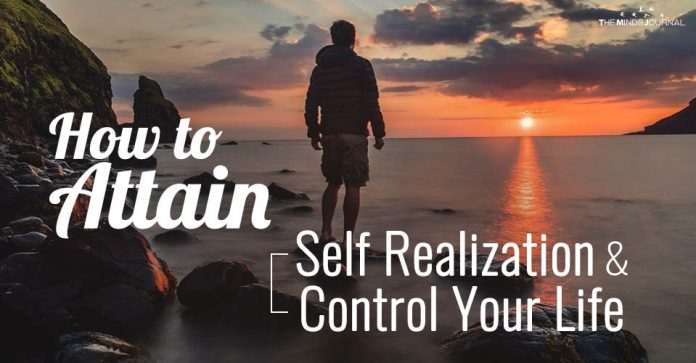 How to Attain Self Realization and Control Your Life

Self-realization can be a complex topic for most of us and may seem like something deeply spiritual. However, each one of us has the potential for self-actualization, granted we meet certain considerations. Here we are going to take a look at how you can better control of your life and attain enlightenment in the most practical way.

“By becoming self-aware, you gain ownership of reality; in becoming real, you become the master of both inner and outer life.”
– Deepak Chopra

Chances are, you’re busy hustling between the 40 hours a week you need to work, the family you need to provide for, and the bills that need to be paid.

As the years pass by, you’ve begun to feel the burnout from all the needs and expectations required of you. You don’t feel like you are in control over your own life. In fact, it feels like the circumstances in your life are controlling you.

What if there was a way for you to be able to have better control of your life and create all the positive changes you’ve been aching for?

This can be done through self-realization.

You’ve probably heard of this concept before, but you’re not really sure what it really is or how it can help you.

I’m going to dive into what exactly self-realization is and the exact steps you can take to attain it for yourself. Read on if you want to learn how to unlock your potential and find a way to decrease your stress and anxiety, and gain crystal clear clarity about who you are and what you’re capable of.

Self-realization has a few big definitions. In the Western world, it’s generally defined as the activation of one’s full potential of talents and abilities.

Psychologist Abraham Maslow has named people he considered to have reached self-realization such as Albert Einstein, Abraham Lincoln, and Eleanor Roosevelt to name a few. His famous hierarchy of needs theory states in order to achieve self-realization (or in this case, Maslow uses the term “self-actualization”),[1] one needs to have a certain set of needs met before achieving it:[2] 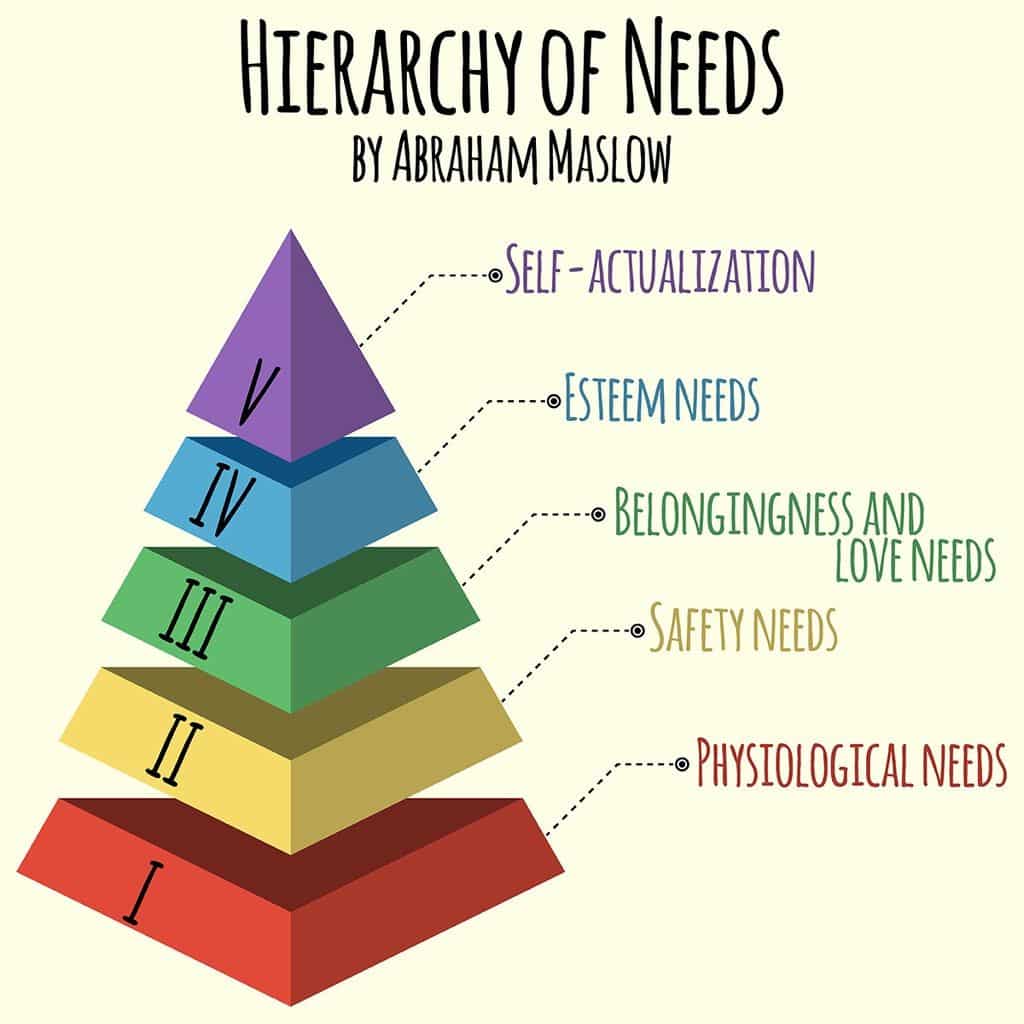 For example, self-realization cannot be attained if you are struggling financially and too caught up in worrying about how to pay for the rent and provide food for your family. Unfortunately, this is usually the case for many people, which leaves little opportunity for them to maximize their abilities.

In religions, the concept of self-realization is taken from a different perspective altogether. Connecting with your truest self has a lot to do with transcending your own mind and body. This self is often considered as an eternal being that is not confined to the physical space that your mind and body take up. Many recognize this part of yourself as the soul.

To put all of these definitions together, self-realization is ultimately learning the answer to the foundational question,

The answer lies from understanding that you are not your emotions or your thoughts. Who you really are is not even your body or your mind. These are all things you as a self-experience, but they are not you.

And when you are too caught up in these things that are not yours, that’s when you fall victim to and get stuck in your negative experiences such as stress, anxiety, and fear.

While your thoughts, feelings, and physical body always change, you do not.

I know this concept can be a bit confusing to understand, so here’s a great video that explores who you really are explained by Prince EA. It was a video made in response to a bizarre interview session with Comedian Jim Carrey at the red carpet interview at the 2017 New York Fashion Week.

Eugene K. Choihttp://www.destinyhacks.co/
Eugene is the founder of Destiny Hacks. Eugene works with professionals who are frustrated because they’ve made it as far as they can go and start to feel stuck. His unique neuroscience-based method of coaching helps them figure out what their next steps can be whether it’s a way to grow within their company or even switch careers.Download his free guide to help find your unique calling here Feel free to let me know if you have any questions at all.
-Adverts-

Your birthday can reveal your sacred Animal.
Read more
Lifestyle

Do you want to talk to your pet? Telepathic communication between you and your pet involves two-way human animal conversation through the transfer of thoughts, feelings,, perceptions and instincts.
Read more
wpDiscuz
0
0
Would love your thoughts, please comment.x
()
x
| Reply