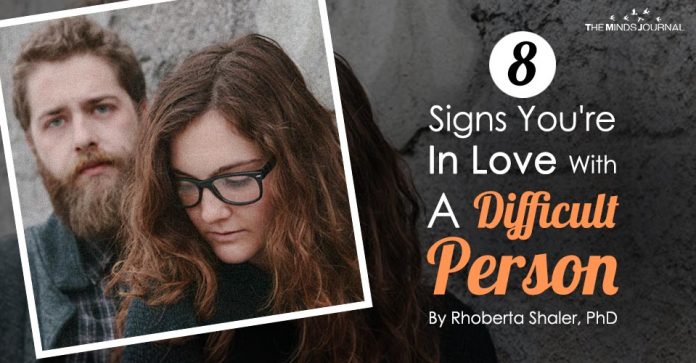 8 Signs You’re In Love With A Difficult Person

5. … blame you for everything. It’s always your fault. It’s NEVER their fault. If, by chance, you’re not the one blamed, then it’s the weather, the family, the office, the government, or God. For that reason, you often finally give up trying to solve problems, and too often, you give in. Attempts at being rational with them are exhausting. You can’t be right because they cannot be wrong!

6. … act on feelings, not facts. Their response to any situation is how they feel about it, not focusing on what actually happened. Because they feel it, it makes it so, and what you think has no bearing on the matter. They also make assumptions and presumptions about your ideas, feelings, motives, and needs. They won’t ask you directly. They honestly believe — and need to believe — that they know you better than and more in-depth than you know yourself.

7. … refuse — and are likely incapable of — self-reflection. When you are so busy making assumptions about your partner, and knowing that your partner is always wrong, why bother with introspection? Also, self-reflection is for courageous people who are not afraid of life. People with the traits described here find the very idea of looking inward completely terrifying.

8. … operate from fear at all times. That is why every disagreement is a possible war. They fear any conversation they cannot control. That’s why nothing is ever their fault; they’re petrified that the opposite is a possibility.

If these traits set off alarm bells for you, don’t panic. When your partner has these traits, you will either argue a whole lot, or one of you will shut down, withhold, and dish out the silent treatment. Neither strategy will work.

If you love your partner and you want the relationship to work, you’ll need some expert help to shift your thinking, move away from blame, and establish some new patterns of interaction. Unfortunately, you’ll need to change first. Only then will you know what’s possible for the relationship.

Crazy-making behaviors may still persist, but you can put an end to second-guessing yourself and questioning your sanity.

Underneath, he still is confident and charming; she still is mysterious and delightful, but you need help. You cannot solve this on your own.

Written by Rhoberta Shaler, PhD
You may also like 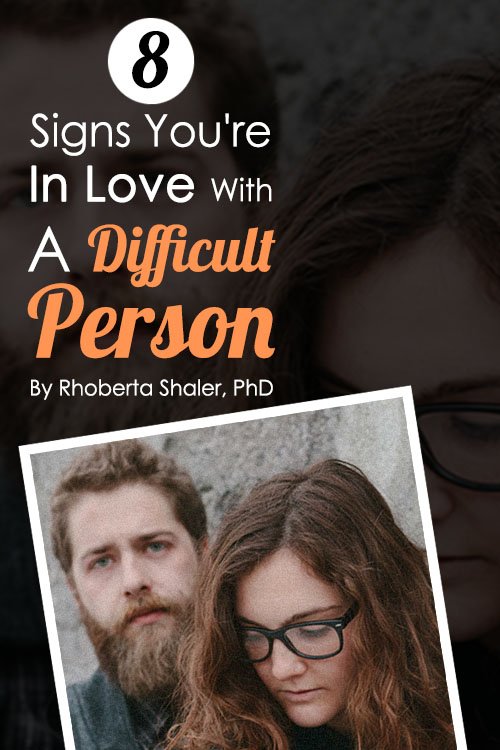