7 Life-Changing Lessons To Learn From A Bad Breakup 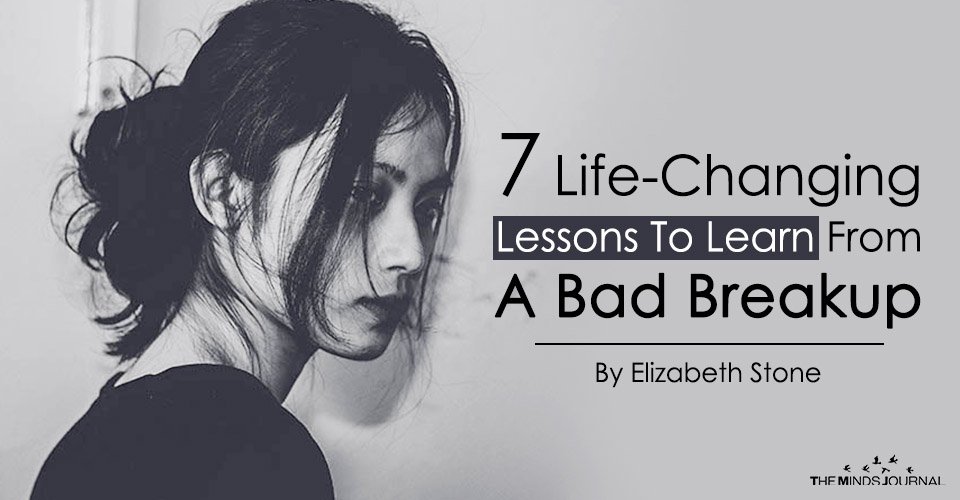 If you’re going through a breakup, then you already know how gut-wrenchingly painful it is.

And, as much as you might not be certain about things right now, there is truly a silver lining and important lessons to learn.

All of this is important information for next time.

If your ex said or did something that really set you off, that’s an important place to center some healing energy. Other people are powerful mirrors, and sometimes they dredge up pain we’ve long tried to bury. Sometimes when we look deeper at what happened, your ex might have said or done something that opened an old wound that could really use deep healing.

Breakups are a powerful opportunity to learn about the places we’ve been withholding healing because, during happier times, we aren’t necessarily digging around in the recesses of our psyche looking for repressed childhood pain.

Breakups bring this stuff to the surface whether we want that or not.

3. What You Really Want Out of a Relationship in the Future

Once we get the chance to step back from the wreckage of a failed relationship, the lessons about what we really want can be pretty profound. You might need someone who is less critical, needy or clingy.

You might want to make sure you pick out a person who has the same goals as you do. It might be as simple as wanting a lot more sex, or a lot more hugs. Whatever it is, now you have a fresh slate to go out and create it.

4. Change Is a Constant. Pain Doesn’t Have to Be

When the people we thought would love us forever have made it clear that it isn’t happening, we have a choice.

We can soldier through the pain and come out on the other side happier, wiser and improved.

Or we can fall and stay fallen. We can give up. We can decide love is hopeless and not for us—but going the negative route just guarantees more pain. And, as gut-wrenchingly painful as it is, choosing to make the most of it and move on from the pain is the option that will free us from pain the soonest.

Forgiveness is both incredibly difficult and essential. And, if we’re feeling wounded by someone else, the small part of us might protest violently at the idea of forgiving them, because it feels like we’re letting someone else get off without punishment for what they did.

The problem is, by holding onto hurt and upset, the only person we’re really hurting is ourselves. We are the only one who is diminished when we try to punish the other person in our own minds. That’s why you don’t do forgiveness for someone else, you do it for yourself. And, it’s a skill that takes practice.

It’s almost easier to stay connected to the pain, recrimination, and guilt because that feels more solid, but it’s a trap that keeps us stuck and away from what we really want in our lives. Think of forgiveness as clearing off the slate for your new, shiny, better life.

6. How to Actually Let Go

Like forgiveness, a true release is freeing and cleansing. You have to drop the hot poker and allow yourself to let them go. It sucks. You might not want to. You might want them back. You might be in the bargaining phase like no one’s business. You might be furious with them and want to make them hurt because they hurt you. All of these are normal emotions. But releasing them releases you at the same time.

When we’re hurting, we want to hold on, thinking that if we carry the torch emotionally, we’ll be giving ourselves a second chance with them. But the exact opposite is true. All we’re really doing is insisting on our own way using fantasy. And insisting on getting our way is the quickest route to failure at getting anything from someone else.

When you embrace freedom, you embrace possibility. And if you aren’t out there dwelling in the land of possibility, you have the shot at another relationship that will meet your wildest dreams. But you can’t get that if you’re stuck denying reality. That’s why it’s so important that you allow yourself to practice the skill of letting go.

7. How to Honor Your True Worth

So many of us coast along in relationships and let ourselves be taken for granted. A breakup is a time to set back the clock and start expecting and allowing better treatment.

After all, you should always be your own number one.

Things I Learned From My Breakup in my 30’s

5 Things To Remember After A Breakup

10 Ways To Cope Up With The Post-Breakup Blues

Why We Can’t Breakup With A Soulmate

Things You Should Never Do After A Breakup

A Post- Breakup Energy Healing For Those Who Left Their SoulMate 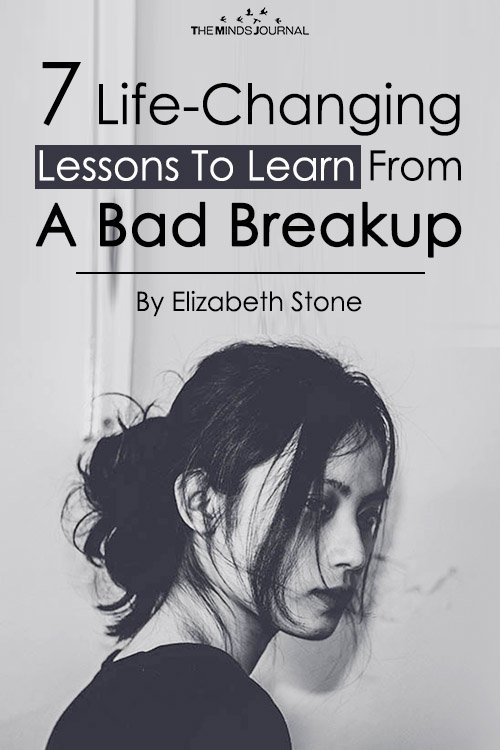