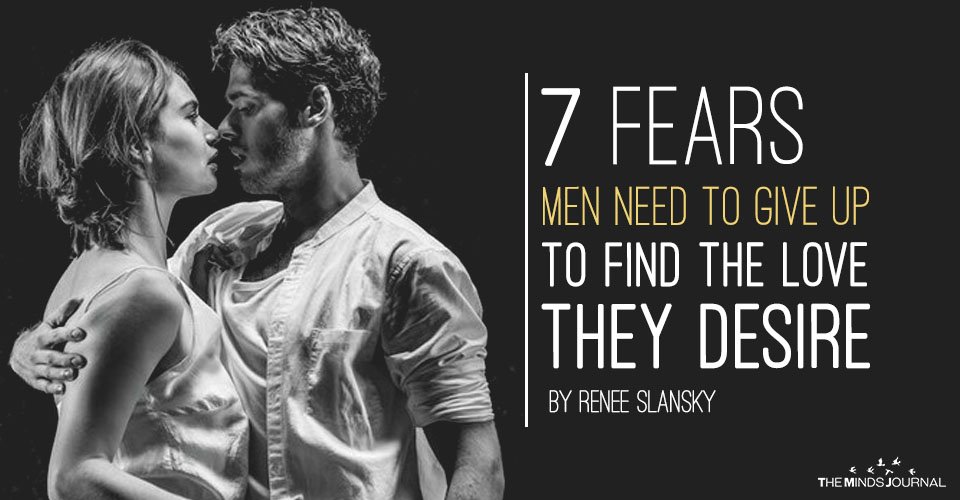 I may not be a man, but I will be the first to say that men have an incredible amount of pressure upon their gender. Whether it’s to be the traditional breadwinner, to be physically stronger, a better dad, a bigger boss, or perhaps just more of a man. The list goes on and yet it seems like in today’s modern world the spotlight is on a woman’s struggle, and so we forget to acknowledge what men face too.

The problem with men and women nowadays is not their differences; because they are what essentially make us compatible with one another. But rather our inability to communicate and understand those differences we have and how we can make them work together.

Finding love isn’t a walk in a park and it seems traditional standards still leave it up to the man to make the first move, to be the initiator and chase the girl. For women, we talk openly and freely about our fears and relationship failures. We band together to form women support groups and create a sisterhood which helps us better understand where we are going wrong (mainly by dissecting every single relationship we have ever had!) Yet for men all they seem to get is a slap on the back from their mates, saying “you’ll be right” and the token brush over, because talking in depths about a broken relationship just isn’t done in the man cave.

However, it’s time to talk about things in more depth and hit the nail on the head, so that men can not only take responsibility for their part in a couple but also cultivate healthy and fulfilling relationships.

This can carry through to every aspect of your life. Whether it’s not being able to provide financially, or give enough emotionally, men need to learn to let go of this fear. Having a positive mindset and understanding that who you are is enough will help to overcome this anxiety. At the end of the day there are specific qualities that a good woman will want, and trust me, they don’t have anything to do with material things!

Read Why Men in Relationships Need to Feel Desired

For a lot of men, they have this strong connection between their identity and their ability to succeed in life. Whether it’s in their career, marriage or finances, the idea of failing is not just a small fear, but rather something that can control their total mindset and decisions. Relationships are hard work and sometimes they don’t work out. But this does not reflect your worth as a man or partner.

3:  Fear of never being enough

Whilst women have played a vital role throughout the generations, the pressure for a man to live up to what the world deems to be “man enough” has left men a little lost in the process. With the empowerment of women, men have somewhat lost their voice and role along the way and therefore feel they can’t live up to our standards. This is where they need to take control back, not to dominate the woman but to step into their shoes as the man and give the relationship the balance it needs.

Read 6 Ways To Increase Emotional Intimacy In Your Significant Relationships.

Don’t like ads? Become a supporter and enjoy The Good Men Project ad free
When a man falls in love, it essentially means he has to give a part of himself away with no guaranteed happy ending. Women want security, they want to know that you will not only give them your heart but also your word. Commitment doesn’t have to represent entrapment, but rather an opportunity to build a solid foundation with a worthy woman.

If we live our lives based off a fear of missing out, we forget to enjoy and live in the present. It’s one thing to have drive and ambition, but it’s altogether another thing to be plagued with anxiety at the thought of never being able to achieve everything. Being in a committed relationship does not signify that you can’t follow your dreams or pursue certain passions. Sometimes the journey made with someone is far better than doing it on your own.

6:  Fear of being vulnerable

Relationships are always a risk, as is falling in love. If you have been hurt before in the past, chances are you will be hesitant about who you want to open up to in the future. However, being vulnerable and transparent in a relationship is essential to its progress and health. What we need to change is the mindset that vulnerability=weakness. Choosing to open yourself up emotionally to the person you are falling fall is what will improve trust and communication.

7:  Fear of not having control

In general, most people want to be in control of every aspect of their life. For men it seems that they have more pressure to be not only the provider but also the leader. Falling in love with someone will mean that you will have to let go to some extent and learn to trust the other person to guide you. Whilst having standards help keep us on track, ultimately you can’t dictate everything that goes on in the relationship.