12 Steps To Getting Your Partner To Open Up 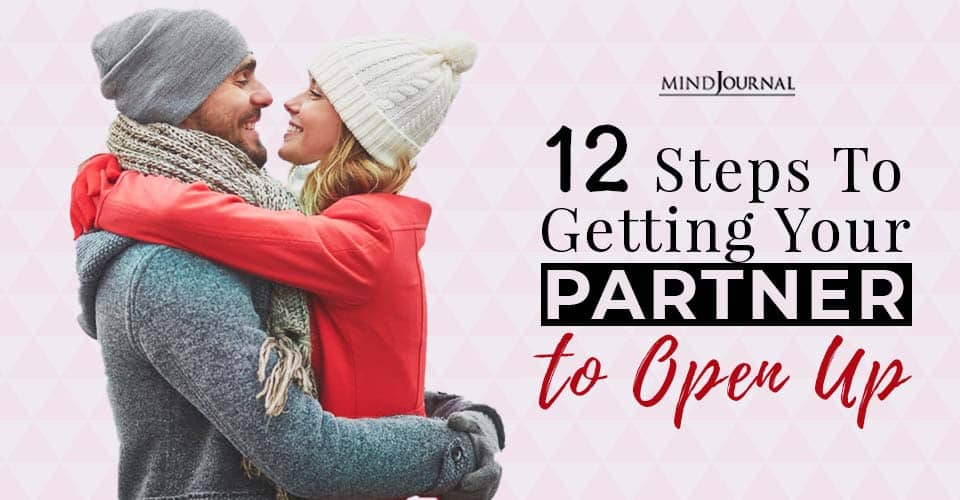 One of the most frequently voiced complaints that we hear from clients and students (and admittedly, it tends to be women who we hear it from) is, “He won’t talk to me,” or, “I can’t get him to open up. No matter what I do, I don’t get anything more than a one-word response,” or, “I’m so frustrated, I could scream.”

No one likes to hear bad news, but the truth is that the consequences of refusing to listen or talk about upsetting issues can be far more painful and damaging than the experience of discussing them.

The noted marriage researcher John Gottman claims that 85% of conversations among married couples that deal with differences or difficulties are initiated by women. An unmeasured, but probably high, percentage of those conversations do not leave either party feeling satisfied. When conversations leave one or both partners feeling frustrated, disappointed, hurt, or angry, not only is there a feeling of incompletion, but a diminished willingness to re-engage at a future time. The accumulation of these “incompletions” diminishes optimism and lets feelings of hopelessness and resentment set in.

Related: 4 Ways To Get Your Man To Open Up With You

If one partner consistently refuses to participate in such conversations, either directly or by being unavailable, this pattern can hijack a relationship, creating a vicious circle spiraling down into entrenched feelings of resentment, alienation, and disappointment, or worse.

Methods of closing down the lines of communication can be overt or covert. Direct or overt refusals to engage in discussions (“I don’t want to talk about it”) often contain an implicit threat to leave, get angry, or punish the person initiating the conversation if they persist in their efforts. The situation could become either volatile or intractable, depending upon how each person responds.

Becoming less defensive and more open doesn’t necessarily translate into submitting to the other person’s will or demands. What it does require, however, is the ability to see beyond the either/or thinking such impasses can create.

While it may seem that the person who is refusing to talk is motivated by anger and resistance, it’s likely that there are other feelings underlying those. While it often appears that one person is angry and the other frightened, more often than not both partners are fearful, though usually not of the same thing. The resistant partner may be fearful that he or she will not be able to successfully hold their ground in a conversation in which they may feel less skilled than their partner at articulating their concerns and defending themselves.

The initiator, on the other hand, maybe motivated by the fear that if a purposeful conversation doesn’t occur, distance and disconnection will set in and jeopardize the foundation of the relationship, potentially destabilizing it and putting it at risk.

It’s not unusual for one person in a relationship to be more acutely aware of and sensitive to a loss of freedom and personal power, and for the other to be more concerned about the health and stability of the relationship.

Connection and personal autonomy are the essential aspects of any committed partnership, each representing what can seem like the opposite extreme.

When the relationship bond is threatened, the partner more attuned to the level of connection is more motivated to seek a correction to the system. In all likelihood, her (or his) efforts to engage the other will be met with a less than enthusiastic response, since he (or she) may perceive this partner’s concern as an attempt to exert control or undue influence.

The challenge is for the initiator to resist the temptation to throw her hands up in exasperation and give up.

Acknowledging first that “we’ve got a problem” can sometimes be sufficient to diminish a partner’s defensiveness since it is a way of expressing concern that doesn’t imply blame or judgment.

A shift toward equalizing responsibility will probably come about in time, as necessary dialogues take place that are respectful, non-accusatory, and non-adversarial in nature. What does not work is to become resigned to a stalemate and to tolerate a cold and disappointing relationship.