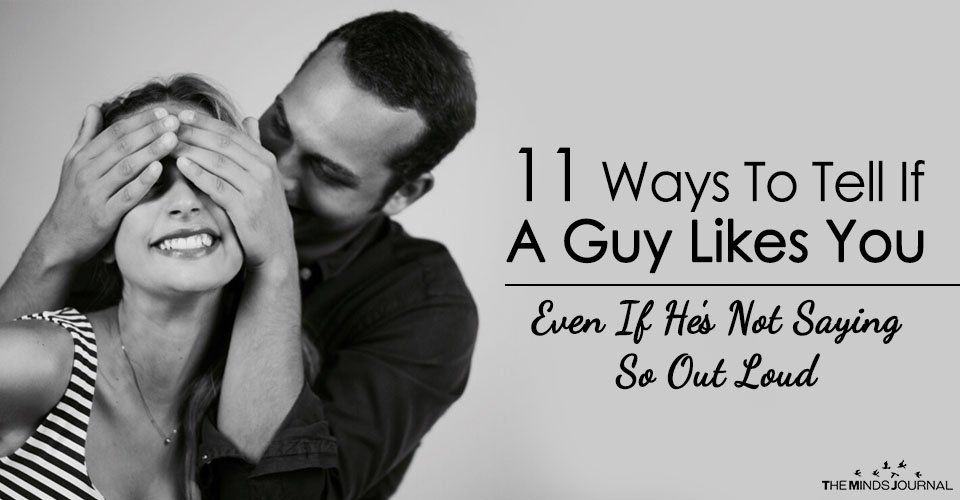 If he’s doing these things, you’re major in his life.

Most men tend to be a bit gun-shy when it comes to saying that they care about a girl, and yes, the ladies tend to find that to be an incredibly annoying trait. Unfortunately, there’s not much we can do to get a guy who is already dating us to come out of his shell too much more, except for being patient and understanding he actually cares about you.

The problem with this, of course, is that most girls tend to overlook the small signs that a guy cares about them. Wondering where you stand with him? Don’t. Here’s how to tell if a guy likes you and that you’re a really big deal to him.

1. He talks to you a ton about things in his life.

2. He asks for your opinion on things and actually listens to you.

Men who hold a girl in high esteem will often ask opinions on everything and will actually remember what you say. This is actually a really good way to know how to tell if a guy likes you and has a crush on you. Guys who are really head over heels for a girl will wear things girls compliment or will learn more about her likes just so he can get the things she enjoys.

3. You can’t help but notice him trying to look good for you.

When you mean a lot to a guy, he will try to impress you, or at the very least look good around you. If you notice him quickly checking himself in a mirror before he speaks to you, you probably mean something to him.

4. He tries to make you laugh.

Studies have shown that men who are into a girl will try to make her laugh as a way of displaying interest. The more he jokes around with you, the more likely it is that you’re the girl he wants to hold close.

5. If you need him, you know he’ll be right there for you.

Most men, whether they will admit it or not, want to be a woman’s hero. If they see you in distress, and you mean a lot to them, guys will do whatever they can to make things better.

6. He makes a point of spending quality time with you.

If you matter to a guy, he will not try to skip out on quality time. Rather, he will choose to go stargazing with you, go to concerts with you, or even just come up with a really nice meal for you. Netflix and chill? It probably won’t be as popular with him once he realizes you’re important to him.

7. You often find him giving you “the look.”

You know that one look that guys give when they are totally captivated by you? That look. If he gives you that look, then chances are you mean a lot more to him than you’d think.

I truly do believe that you can measure how much a man likes you by how often he gives you small presents. If he regularly gets you stuff, chances are that you mean a lot to him.

9. You often find him trying to introduce you to his friends and family.

This is not something that guys typically say, especially when it’s said unprovoked or in a soft way. Assuming he isn’t some silver-tongued snake, chances are very high that he means it when he says it.

Guys don’t just drop everything they’re doing for girls they don’t care about. They only prioritize women that are important to them. If he makes you a priority, he cares about you. It’s just that simple.

11 Signs Your Ex Still Loves You

10 Things He Does That Shows He’s Your Forever Man

5 Certain Signs of Being in Love (according to psychology) 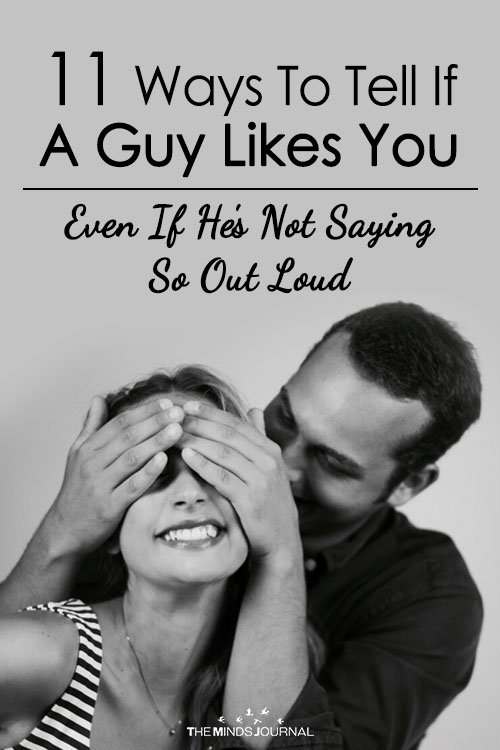