10 Things No One Tells You About Cheating 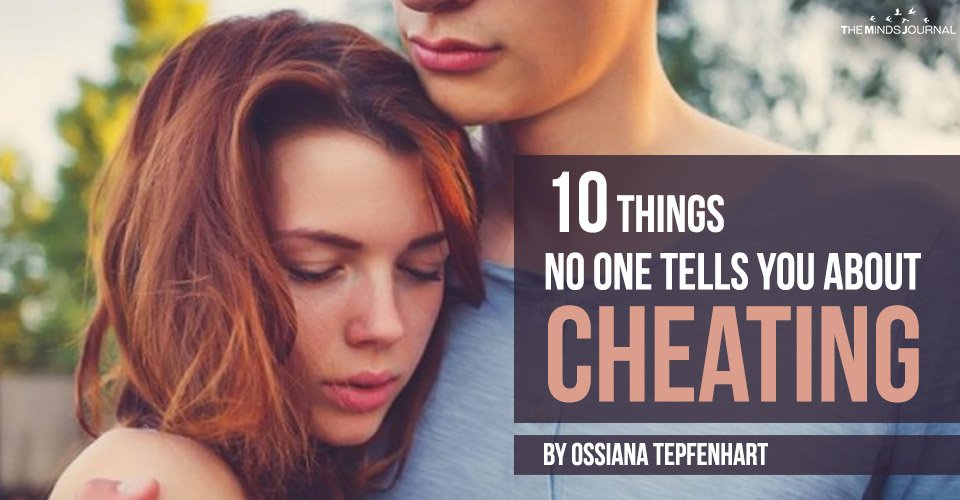 Cheating sucks, and yet, it’s a part of human behavior that is insanely commonplace. Around 50 percent of all couples, married or otherwise, will experience a bout of cheating during their existence. Studies suggest that most of us will, at one point or another, cheat or be cheated on—even if we’re generally good people.

Articles have been written on the subject of cheating every single day, but for some reason, they never quite seem to fully grasp the entire nature of infidelity.

I ought to know; I’ve been cheated on, and I’ve been a cheater. Speaking from experience, I can tell you there are certain things no one really seems to want to admit about cheating.

1. The people who cheat aren’t the people you’d expect.

For reasons beyond my understanding, most people assume that cheaters are always slimeball-looking, sleazy people. But, they’re not. They are often well-respected individuals in the society like doctors, lawyers, and police officers.

If you think someone won’t cheat on you because they are respectable in the eyes of others, you’re wrong. You can’t tell who will cheat and who will be loyal based on looks alone.

2. Being a cheater really messes with your head.

Speaking as someone who’s cheated on people in the past, I can tell you that cheating messes with people’s minds in a way that most other things can’t. You start finding ways to justify your cheating, just so that you can live with yourself.

You will start to reason away your cheating by arguing with your partner, saying your partner doesn’t pay attention to you, or because you support your partner. “I’m such a good partner,” you’ll say. “I deserve this.”

Denial isn’t just a river in Egypt. Little do you know that you still won’t be able to look at yourself when you finally get caught.

3. Though it’s awful, it feels like a serious thrill.

Cheating is an adrenaline rush, period. Having an affair has that sexy vibe to it because you’re really not supposed to do it. It’s naughty because it’s illicit, and there’s that constant fear of being caught. That thrill is what keeps cheaters coming back time after time.

That’s not the only reason cheating is a thrill. There’s also that rush you get when you’re falling in love with a new person. If you’ve been dealing with the same person for years, cheating feels like a blissful escape that turns you into a schoolboy or schoolgirl again.

4. To a point, cheating is addictive.

Just like with any other major rush, there’s a certain addictive element to cheating. Once you start fooling around, it’s incredibly hard to stop. You end up finding yourself going from person to person, trying to get a better rush. Unfortunately, the rush lasts less and less every single time you have another side piece.

I’m pretty sure that the addictive aspects of cheating are what makes the phrase “once a cheater, always a cheater” ring true so frequently.

5. Cheating doesn’t happen overnight, nor will you ever really know the complete story.

As someone who cheated on a partner in the past, I can tell you that cheating never “just happens.” There’s deliberation. There’s a certain point where the person says to themselves, “Yes, I want to stray.”

Even if you do find out that your partner cheated on you, you’ll never know the complete story. Your partner will never admit that they made that choice, nor will they ever admit all the things that happened between them and the other person. Even if you do serious detective work, there will always be something you never know.

6. Infidelity very rarely has anything to do with the person being cheated on.

I say “very rarely” because there are some cases in which people who are being cheated on stopped being intimate with their partners and just let the relationship die. In these cases, it’s hard not to see where cheating may have something to do with the betrayed party’s behavior.
That being said, the vast majority of infidelity has very little to do with betrayed peoples’ behavior, and much more to do with a cheater’s infidelity. Believe it or not, the majority of cheaters aren’t unhappy in their relationships. Most cheaters cheat because they’re bored, feel insecure with themselves, and just are being selfish assholes.

7. A lot of cheaters see this as a way to hurt their partners.

Cheaters who feel emotionally neglected by their partners, or hurt by them. So, rather than confront their partners about how they feel, cheaters will often just choose to find others to sleep with. This is their passive-aggressive way of “evening the score.”

Believe it or not, many cheaters who hold grudges against the opposite sex cheat for this reason. One of my exes explained it this way: “Women hurt me in the past, so why should I expect you to be different? I figured it’s best to just get a preemptive strike in.”

8. When you discover you’ve been cheated on, it’s normal to regret not straying too.

Believe it or not, it’s totally normal to feel this way. However, the betrayed party should remember that they can, at the very least, sleep easily at night.

9. Whether you’ve been betrayed, or been the cheater, people will judge you.

It’s not uncommon to hear of cheaters who lose their good standing with friends and family members after they have been caught cheating. And, it makes sense, since cheating is a pretty terrible thing to do.

What most people won’t tell you about cheating is that you will also run into people who judge the betrayed. When I was cheated on by my last ex, one person immediately asked me, “OK, what did you do to piss him off?”

I didn’t do anything. My ex revealed he cheated on me because he was overweight and had self-esteem issues.

10. Infidelity can cause you to lose friends in more ways than one.

A lot of cheaters watch people distance themselves from them once the truth has been revealed, but that’s not the only way that adultery tends to ruin friendships. Many people end up losing friends because cheaters manipulate others into thinking the betrayed party was at fault for the infidelity—or even convince others that the infidelity never happened.

Additionally, it’s sadly common to hear of good friends warning betrayed spouses about cheaters, only to have them side with the cheating individual. No matter how you look at it, cheating tears people apart. So, don’t do it. 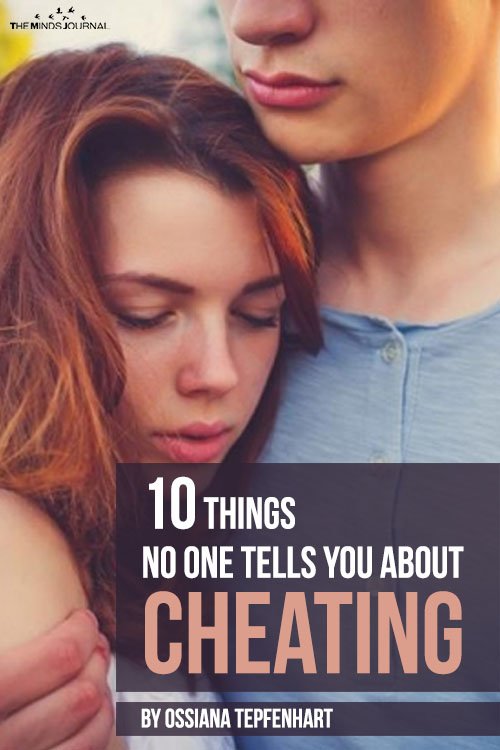 Ossiana Tepfenhart is a writer local to the New Jersey and New York area. Writing is her life, and it's what she does best. Her interests include finance, fashion, and luxury dining.View Author posts