When Your Soulmate is not Single, It Might Actually Be A Good Thing 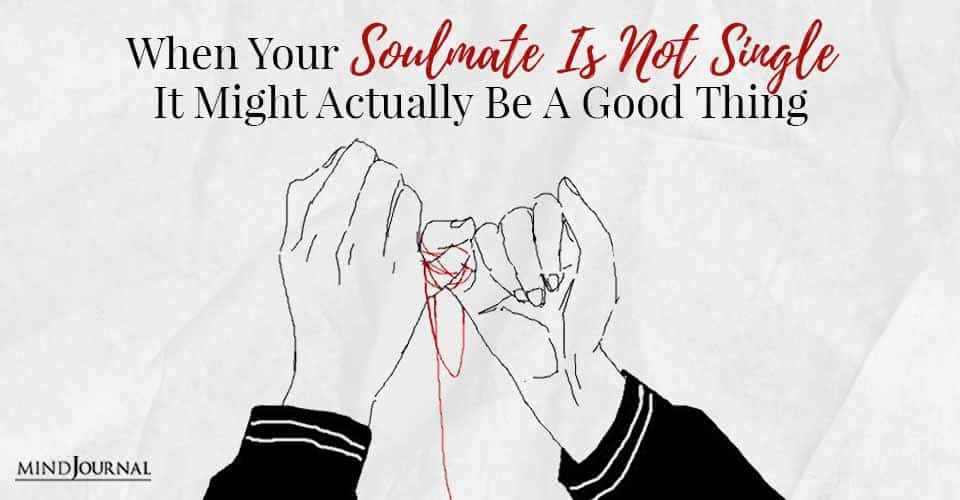 Sometimes it’s a good thing when who you believe is your soulmate in this life, is not single. This might sound absurd, but it is what it is. People spend years and years waiting for their soulmate, hoping to have the perfect relationship and finally get to end up with “The One”.

Nonetheless, not for everybody things turns out the way they are supposed to. It so happens that sometimes even when they find them, they are not single.

Who anyway do we see single nowadays? But isn’t the idea absurd of meeting the soulmate after all and not be able to do anything about it? Is there really a plan that destiny has for us then?

Sometimes, people find their soulmates in a committed relationship or even married. This brings about a fair doubt in their minds if the notion of having a soulmate in life is even a thing.

Related: 14 Important Lessons You Learn When Your Soulmate Becomes Another Ex

It hardly makes sense that the destiny would create someone for you and not have them be with you. The ridiculousness of the situation seems to kill the purpose of even having a soulmate.

So is there a reason why they exist? Is it mandatory that every person has one?

When Your Soulmate is not Single

Here’s the answer to a collection of queries and doubts that one has when such a situation arises in life. Everything is written in everyone’s destiny. It is fate and only fate that determines when two soulmates are meant to meet each other.

What happens next is not that simple. The things take their regular course and happen when they are meant to happen.

The complexity of these circumstances lies under the likelihood of them taking away lots of learning and experiences from their existing relationship that might be crucially helpful in being conducive to the future relationship that you would have with your soulmate.

Your meeting them at the time when they are committed to someone else can help them see you through a different lens and clearly make out how exactly things would be special when they are with you. At first, it might appear too good to be true but later you realize the importance of such incidents.

Not every person is comfortable or believes in the concept of ‘soulmates’ which is why people are seldom ready to wrap their minds around the image of being with someone they are meant to be with.

It might lead them to freak out and ultimately fail at handling the gift they were blessed with. It is better to work through the challenges associated with being in a relationship beforehand. On the other hand, people get horribly upset when they see their soulmates in a relationship with someone else. They tend to blame themselves at times for these circumstances which, in fact, they have no control over. They even begin to curse their own lives.

Little do they know about the plans God has for them. There is a big reason behind everything that happens. All you have to do is believe in yourself and have faith in your destiny for the things that you do not control.