Do you know what it’s like to be in love when a person is in depression?

“Love yourself first and everything else falls into line.”

This is easier said than done. Especially when you have depression.

Depression can greatly change the way you view the world.

It is unlike grief or sadness, which you can eventually get over once you give yourself the time to process the emotions. Depression is a mood disorder, that comes along with a number of symptoms and negatively affects the way we think and feel about things around us. Only people who suffer from it know the amount of negativity it brings to the person. I was unaware of this disorder until it hit me in my graduation days and entirely turned my world upside down.

Related: This Is How You Really Love Someone Through Depression

I lost all hope of living and never thought I could be writing this.

Depression has been my companion for a long time. I have been on medication, gone to therapy, sometimes I was in a good form, other times I gave up. Suicidal thoughts have plagued me in my waking life and also in my dreams. It was like going to hell and back. 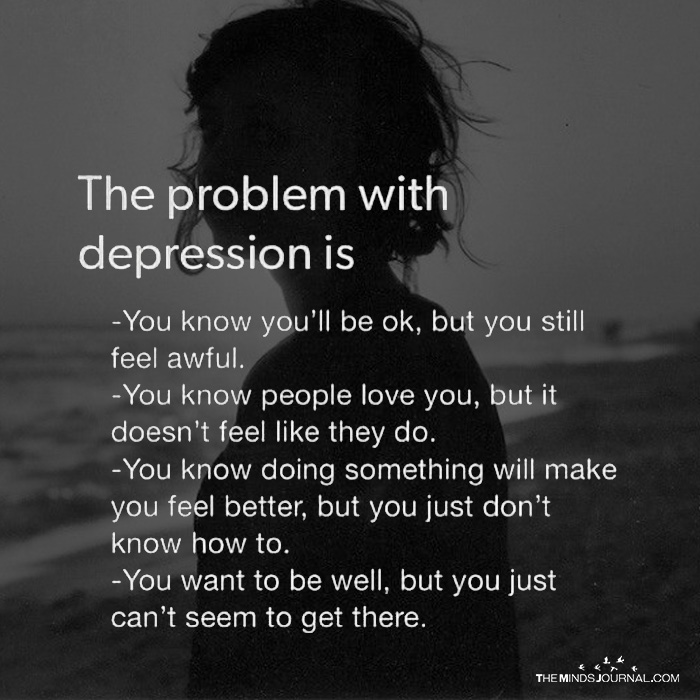 Throughout this time I have been in a relationship with a wonderful human being who never left my side even in days in which my condition made me reject him. The good part? He never gave up on the hope that one day I would overcome this to be with him in peace. I can not thank my lucky stars any more than how much I already thank you for getting him by my side.

Here’s a video on learning to live with depression

There were days in which I would totally abandon him, withdraw within my own shell. He could never demand anything from me, knowing how much this silence meant to me. There were lots of moments when I would feel overwhelmed for no reason, my eyes brimming with tears. He would simply look into my eyes, not ask a thing, pull me closer and put me in his embrace.

Related: To Anyone Who Has Ever Lived With Depression

Some days, such intense feelings from him would drive me crazy. I got hypersensitive to any trivial mistake on his part. Anything he would say, I would take it personally and feel extremely hurt. I forgot he was a human being too. 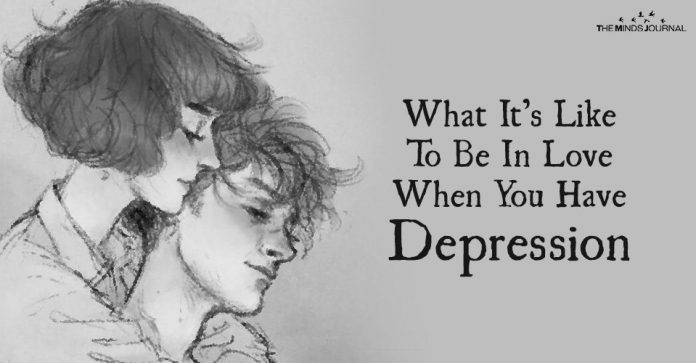 And at times, I would push him away, in the guilt of not being able to reciprocate what he deserves. So many thoughts used to crowd in my mind, totally overbearing me with emotions.

It was like, hanging on the edge of a deep cliff, holding on to each other, not letting go. Once we let go, everything will fall apart.

I know, all these deeply scarred him, upset him, but I wonder what kept him sticking to me. He never lost a chance to remind me how much I mattered to him, how much he valued me, how much he loved me.

Even when being with me was like living a life on the roller coaster, he never complained about how miserable I was. But I certainly ended up doubting him, and his love, because actually all I was doing was doubting myself, my worth, my value.

Related: 5 Lies I Believed About Depression

If unconditional acceptance doesn’t look like this, then I don’t know how it does.

Every day with me was a struggle. That is how I felt. But I still cannot fathom how he made loving me, look so effortless.

All I learned, through years of being with the true love of my life is that, when you have someone who accepts you simply the way you are, has patience with you, never leaves you halfway, you will understand that mental illness is not a curse.

You will learn how significant being yourself is.

Also, read 7 things your depression does not want you to know.

5 Ways to Keep Your Relationship Strong When You Are Depressed

Can it be challenging to keep your relationship strong when you are depressed? Absolutely yes! I know because I have been there.
Read more
Lifestyle

The healing power of dance can not only enlighten our soul, but improve our overall physical and mental well being. Here's why you need to get grooving.
Read more
wpDiscuz
5
0
Would love your thoughts, please comment.x
()
x
| Reply