What is The Meaning of Life: Is It Life Itself? 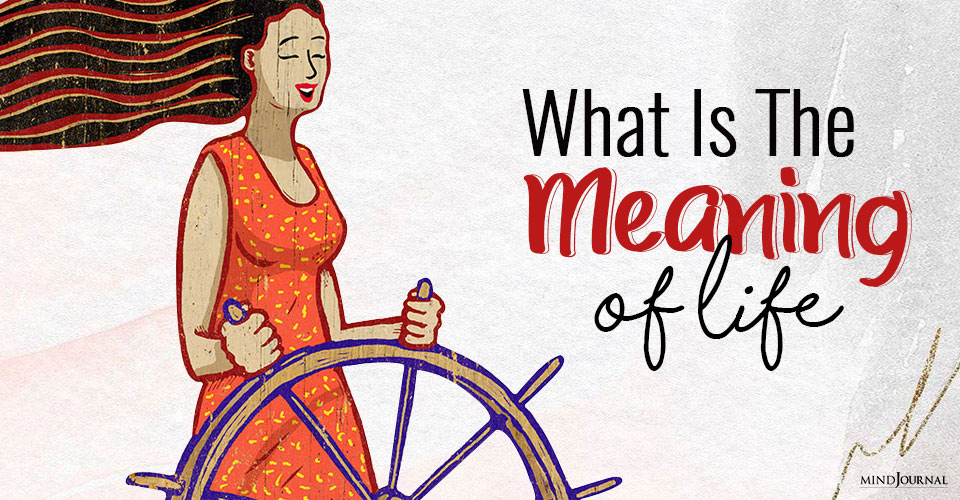 What is the purpose of existence or the true meaning of life? Has this question ever occurred to you? The key to life’s meaning is simpler than you think, to your surprise, it is Life Itself. Confused? Let’s continue reading to find out how!

We find meaning when we “wake up” and experience life and the world more fully.

What is the Simple Meaning of Life?

What is the meaning of life? The question has become a slightly ridiculous cliché, so it’s difficult to answer seriously. In fact, I would guess that many intellectuals and academics would argue that life has no real meaning.

According to the conventional scientific view, we human beings are just chemical machines (or “throwaway survival machines,” in the phrase of arch materialist Richard Dawkins) whose only purpose is to survive and reproduce our genes. Otherwise, there isn’t really much of consequence in our lives.

We may attempt to create other kinds of meaning — for example, by following a religion, trying to become rich or famous, or trying to make the world a better place — but all we’re really doing is following our genetic and neurological programming. Even our consciousness, the feeling of having experience inside our own heads, may not really exist, or may exist only as a kind of shadow of our brain activity.

However, I take the rather unfashionable view that there is meaning to life. I don’t think we are just ghost-like entities living inside our machine-like bodies with an indifferent machine-like world out there. I don’t think that human life is just a meaningless space between birth and death, for us to spend trying to enjoy ourselves and forgetting the futility of everything.

I think that human life and the world mean much more than that. And this is not because I am religious — In fact, I consider myself an atheist.

So what do I think is the meaning of life? Disappointingly, it’s difficult to put into words. But let me try to describe it.

My perspective is informed by the research I have done over the past 10 years or so on people who have undergone what I call suffering-induced transformational experiences (or SITEs, for short).

These are people who were diagnosed with cancer and told that they only had a short time left to live, people who suffered bereavements, who became seriously disabled, who lost everything through addiction, and so on. In some cases, they had close encounters with death during combat or survived heart attacks or serious accidents.

What all these people have in common is that through undergoing intense suffering, they “woke up.” They stopped taking life, the world, and other people for granted. They gained a massive sense of appreciation for everything — a sense of the preciousness of life, their own bodies, the other people in their lives, and the beauty and wonder of nature.

They felt a new sense of connection to other people, to the human race, to the natural world, and even to the universe as a whole. They became less materialistic and more altruistic. Trivial things (like material possessions and career advancement) became more trivial, while important things (like love, creativity, altruism) became much more important. They felt intensely alive, and also that the world itself had become intensely alive.

Related: The 3 Stages in the Midlife Search for Meaning

Some Examples Of SITEs

As one woman who had been diagnosed with cancer said (several years after the cancer was in remission), “I’m just so, so fortunate to be alive on this planet . . . I just feel so privileged to be on this Earth and to have been given this awareness.”