Breaking Free From Codependent Patterns: What You May Not Know About Codependency 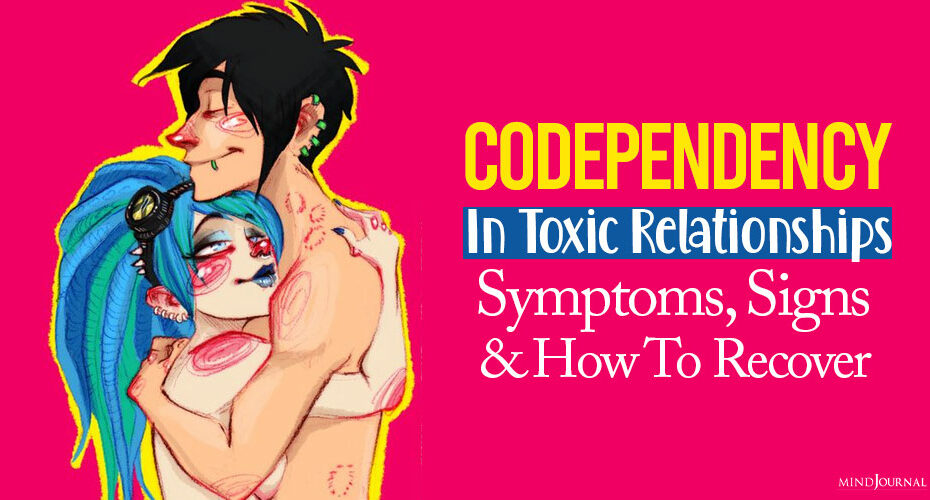 There might come a time when our codependent habits gets out of hand and become more of an addiction. Codependent behaviors encumber us to form healthier relationships. Breaking free from codependency can be difficult for most people but at the same time extremely necessary.

It primarily concerns the unhealthy behavior of an individual in a relationship. Read on to better understand codependency, the misconceptions surrounding it, and how to overcome it.

Linda: “Did you hear the joke about the woman who fell overboard and was drowning? Her husband’s life flashed before her eyes. Did you hear about the man who woke up in the morning and asked his wife, ‘How am I going to feel today?’”

Everybody laughs heartily at these jokes. But even while we’re laughing, we get the gist of the seriousness of living someone else’s life, the tragedy of not ever knowing how we ourselves feel, and how much we miss when we let others dictate our experience. We can also get a taste of how we, in our fear, let codependency drive us to be controlling, meddling in others’ lives, and try to change people.

The concept of codependency has its origins in the Addiction Recovery movement, treating the enabler of those addicted to alcohol or drugs. The term is defined as “a set of manipulative compulsive behaviors characterized by lack of self-esteem, poor boundaries, and obsessive control.” Sometimes, codependency is defined as an addiction to a person.

These behaviors are learned to survive in a family experiencing great emotional pain. The behaviors are passed from generation to generation and result in a diminished capacity to participate in loving relationships.

Over-Giving Gets Us Into Trouble.

Being in service is a beautiful thing. While being of service in our families and workplace, we risk running into trouble if we spend too much time and attention on others, to the exclusion of our own self-care.

We can be so focused on others’ needs that we neglect our own. We are not negotiating for our own needs, drawing clear boundaries, or exercising our right to say “no”. And we are not treating ourselves with the high regard that we deserve. Our fear can bring out our manipulative, controlling behaviors.

Related: A Relationship Built of Dependency: The Paradox of Love

Once we admit that we are suffering from these unskillful choices, we become conscious enough to make more skillful ones.

Rather than seeing codependency as a disease state psychopathology, requiring years of in-depth treatment, we can see it as a learning deficit. We can reframe it as a normal stage of development, which is not a problem unless we get stuck there.

In every relationship, there is a stage where we lose ourselves in the other person, which is wonderful. It’s only a problem if we lose ourselves and don’t get ourselves back again. We keep the “Do not Disturb” agreement under wraps as part of the early developmental stage until it doesn’t work for us anymore. When we recognize the toll that it’s taking on us is just too dear, we desire to progress to the next stage of differentiation.

When the time comes to leave this stage behind, it’s important not to judge harshly when we have shaky boundaries, trouble saying “no”, and accommodating too often. It’s commonplace when codependent patterns rear up, for people to think, “What is wrong with me? I keep choosing the wrong people” or “What is wrong with him; this is a hopeless case; this relationship is total madness.”

When we see what’s happening that is no longer serving us, it’s important to relate to the need for change with compassion. Instead of putting ourselves down, if we can state, “I’m in this stage of the relationship where I’m up against my edge of fear to make a change, but I WILL make that change.”

On the job training is the day-by-day making of more conscious choices. We will definitely save ourselves some trouble if we have an agreement with our partner that we will use what the relationship tosses up to work with each other toward the goal of a fulfilling partnership.

What To Do If You Are In A Codependent Relationship.

1. Take the focus off the other and focus on yourself; do your own work.