The Type Of Man You Deserve (Based On Your Zodiac Sign) 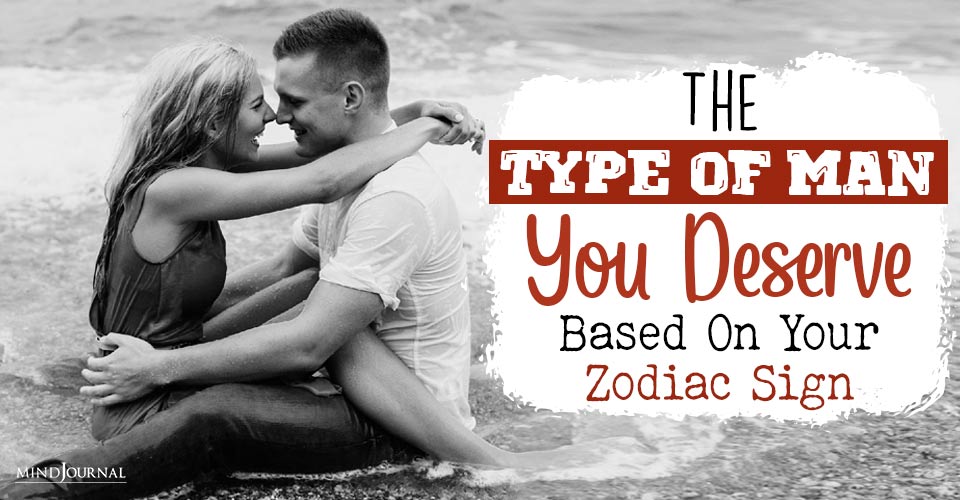 Everyone has a type when it comes to being in love and relationships, even though you might not always realize it at times. The good news is that astrology can make it easier for you to understand the type of man you deserve to have in your life.

For when you need a little extra help. Trying to find a guy who is compatible with your zodiac sign is like trying to find a serious relationship on Tinder. Most of the time, the men you come across just want that one thing — or aren’t looking for anything serious at all. But even if you found a guy who was cute and not too full of himself, how do you know that you won’t get sick of him after a few weeks? Well, you don’t know.

You might not believe in astrology all that much, but you can’t deny that you’ve read about your sign a few times and thought, “hmm, yeah that does sound like me!” Learning about your sign and how it’s compatible with the other ones can be super eye-opening. You might not realize that some signs are better off looking for a significant other who is the exact opposite of them. Other times, a sign just wants someone who is just as laid back as them because they are already easy-going people.

Let’s face it; you already know what you’re looking for in a boyfriend. Maybe you want someone who’s funny and will spend the day making you laugh your hearts out. Maybe you’d rather have a guy spoil you with gifts and romantic day trips for the two of you. No matter what kind of man you are looking for, one thing is for sure — you deserve the best of the best. And sometimes that means getting to know the guy before you actually know the guy.

So what does that mean for you?

That means matching your favorite qualities in a guy with what your sign is looking for (i.e. comparing your crush’s personality with your own zodiac sign — for science, of course). Don’t worry, we don’t judge here. But we do think that astrology knows what’s up when it comes to love.

So take a look at the kind of guy you should be looking for… the type of man you really deserve.

The Type Of Man You Deserve (Based On Your Zodiac Sign)

Aries are fiercely independent and logical creatures. They love being on their own and being deep thinkers.

They’re looking for a man who will indulge them in intellectual conversations often. They also love partners who are confident and honest; Aries doesn’t have time for bullshit.

Taurus is one of the most indulgent signs; they love their guilty pleasures. When they are in a relationship, Taurus is a very committed partner. Taurus wants a man who is all about romance and passion. They also want someone who can hold their own; nothing is more attractive to them than a man who is strong-willed.

Gemini is all about trying new things. They are adventurous and social, so they will always expect you to keep up with them, no matter what the situation demands.

A Gemini will be on the lookout for a man who speaks his mind without beating around the bush, but can also be playful and funny.

No one is more kind-hearted and sensitive than a Cancer (except maybe Pisces). They always want what’s best for you in a relationship, but that doesn’t mean you can take advantage of them

Cancer is looking for a man who is just like them; someone who is honest, sincere, and capable of being on their own, as well as in a healthy relationship.

A Leo is all about loyalty and being motivated. If their significant other doesn’t have either of these traits, then their relationship will fall apart fast.

Leo will look for a man who is straightforward like himself. They’re not always seriousness though; a Leo also wants a partner who is generous and knows how to flirt.

Virgos are one of the most thoughtful and mysterious signs. They are never quick to open up to others, which can sometimes make new relationships difficult.

This is why Virgo is always looking for a man who is patient with them; if he can wait it out, Virgo will make it all worth it. They are also looking for someone who is down to earth and supportive of their choices; Virgo spends a lot of time being introspective.

Libra is known for being very headstrong. This can mean that they are either being stubborn or motivated, and it all lies in who they’re dealing with. Libra is also very logical, which means they are always analyzing situations.

A man who is loyal and adaptable is a great fit for Libra because it plays off of some of their best traits. Libra also wants someone who is great with communication and won’t try to be vague about important things.

Scorpios are extremely intense. They sometimes get themselves in trouble because they would rather do something frivolous first and think about the consequences later.

Men who can match a Scorpio’s passion will create a deep bond with them early on. Scorpio is also looking for someone who is fun and patient with them, especially when they start trouble for themselves. It takes time to get them to trust others.

Sagittarius is both adventurous and easygoing. They will jump at the chance to try something new, but they also don’t mind hanging out with their significant other at home.

Sagittarius loves men who are sensual and can use humor to break the tension. They also need someone who is active like they are or they’ll end things fast.

Capricorns are smart and serious individuals, which is why they want a man who can be not-so-serious at times. They do appreciate partners who are similar to themselves, too, because it helps them connect with others on a deeper level.

A Capricorn will look for a man who is very hard-working (and fun-loving, of course). They also want to feel a sense of security in a relationship; it’ll help them focus more on the fun things in a relationship!

Aquarius is very creative, which is why a relationship with them is so intense. They love using their smarts in and out of the bedroom, which makes them great partners for other adventurous signs.

An Aquarius looks for men who are charming and passionate people. They also want someone who is sociable because it makes them feel more confident with themselves.

Pisces are emotional and introspective individuals, and they know how to use that to their advantage. They don’t often take shit from others, but they know how to be honest with you when something is bothering them.

They want a relationship with someone who is compassionate and thoughtful, just like them. Pisces also appreciates a little daily romance, so don’t be afraid to show off your sensual side once in a while.

So, what is your zodiac sign? And what kind of man do you deserve? Let us know in the comment down below! 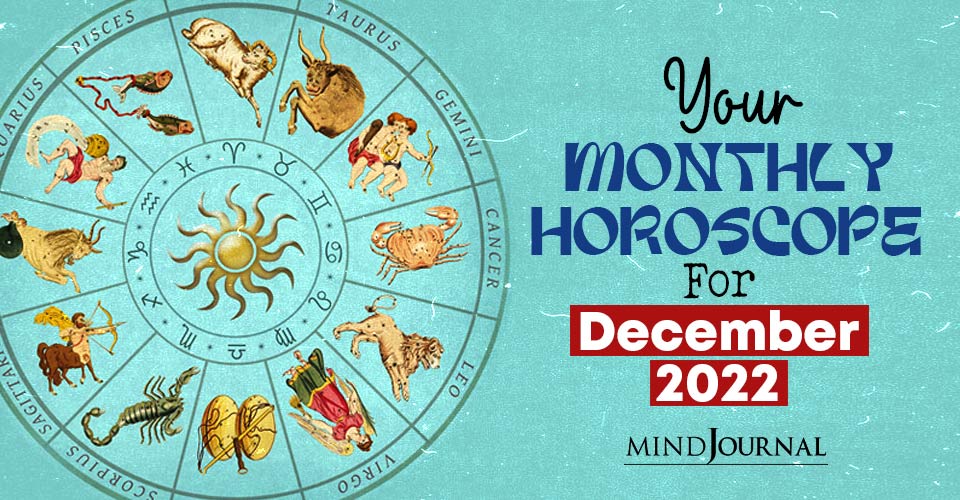 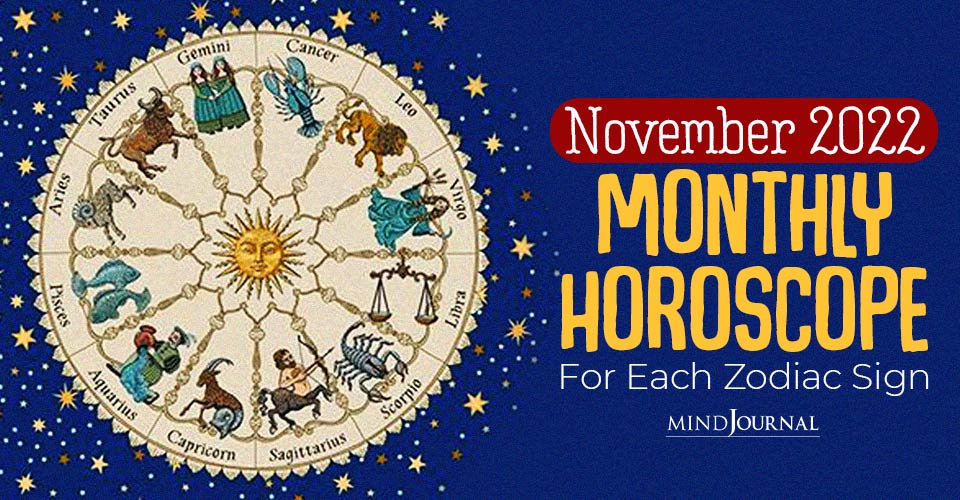 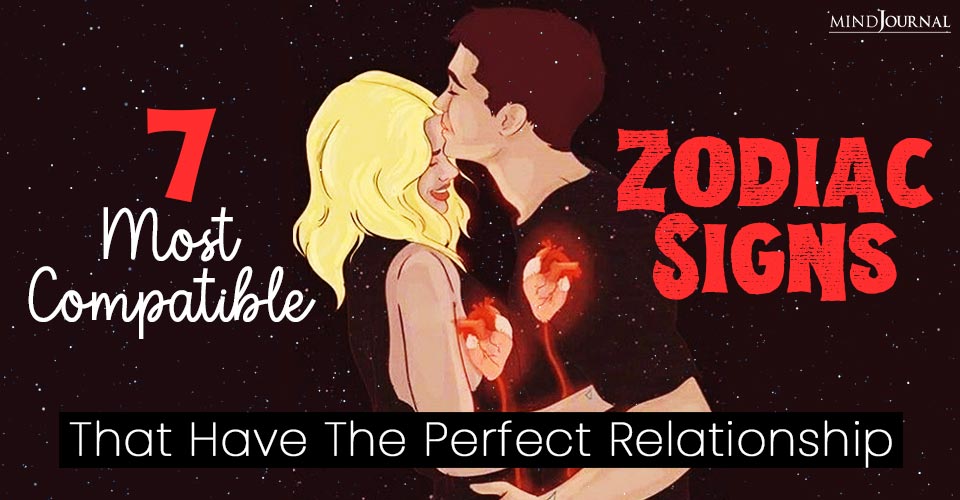