Trees Have Feelings and Make Friends Too According To Studies 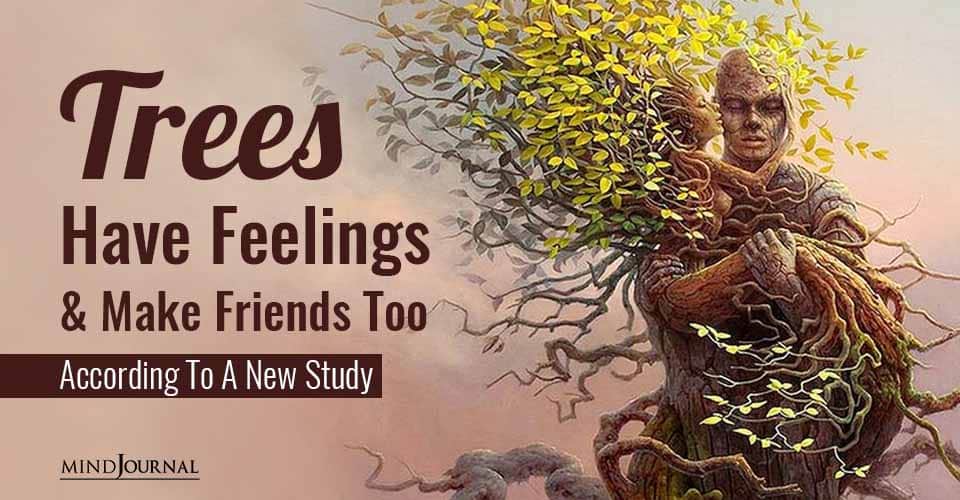 Trees have feelings too, they make friends and care for each other like old couples.

“They can feel pain, [and] have emotions, such as fear. Trees like to stand close together and cuddle. They love the company and like to take things slow,” – these are just a couple of findings by Peter Wohlleben, a German researcher who devoted his work to studying trees. and author of the book The Hidden Life of Trees.

The new documentary, called ‘Intelligent Trees’, is the work of German forester, author, and tree whisperer Peter Wohlleben, and Suzanne Simard, an ecologist from the University of British Columbia.

After years of intense research what ecology professor Suzanne found about trees and the way they communicate is amazing and innovative. She says that what we see above the ground is half the truth and a major part of life is taking place underground.

Related: Heal Yourself With The Chi Energy of Trees According to Taoist Masters

In the film they explore the various ways in which trees communicate, noting that:

Trees are so much more than rows of wood waiting to be turned into furniture, buildings or firewood. They are more than organisms producing oxygen or cleaning the air for us. They are individual beings that have feelings, know friendship have a common language, and look after each other.

In the film, Suzanne explains how trees communicate underground through a vast tangled web of hair-like mycelium that interconnects their roots. “Trees don’t do well when they’re by themselves. They really are caring for each other. They’re making sure they’re a productive, healthy, vibrant, diverse community of trees.”

Based on his research Wohlleben claims that sometimes trees are connected at the root and are deeply bonded like old couples, so much that when one tree dies, the other one dies, too. “Trees have feelings.” says Wohlleben.

Such romantic feelings between trees might be hard to believe! Some people may think it’s a fairy tale. Because we assume that trees compete with each other for sunlight and nutrients. However, after decades of work as a forest ranger, Wohlleben observed that creating too much space between trees disconnects them from their support networks.

“Trees like to stand close together and cuddle. They love the company. They can feel pain, [and] have emotions, such as fear”.

Wohlleben’s book is based on decades of scientific research and he emphasizes that within species, trees support each other. His recent research demonstrated that trees inform each other when attacked by insects.

“These trees are friends,” Wohlleben told a New York Times reporter. He claims that the thick branches of the tress point away from each other so that don’t block their buddy’s light.

And, other biologists and ecologists to support such a mutual and harmonious relationship between trees. Other studies indicate that trees can remember things like humans, count, and learn.

Some trees use their gigantic fungal network (web of hair-like mushroom roots also known as wood wide web) to receive and send messages for sharing nutrients or warn each other about the danger.

Related: A Woman Spent 14 Years Photographing Our Planet’s Oldest Trees, and Here Are The Results

As Wohlleben says in the trailer, “There is in fact friendship among trees. They can form bonds like an old couple, where one looks after the other.”

And on that note, I’m pretty sure there is in fact friendship among trees and humans, too.