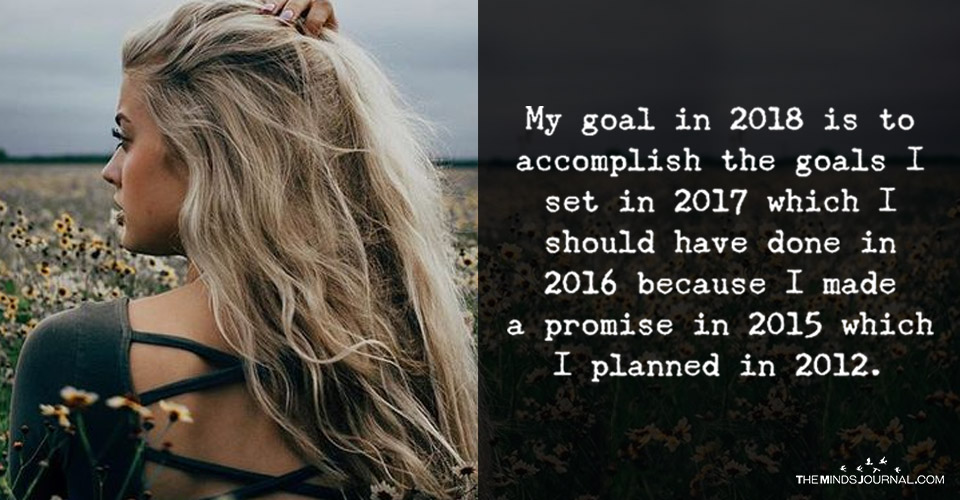 2018 will be a selfish year. My time will be invested on me. On improving myself. I want to become a better person physically and mentally.

1.  Stop living life that always stays still, a life where you only watch other people run after the things they truly want in life while you just lay back because you’re too scared of even giving it a try.

2.  Stop  just having 4 hours of sleep every night. Have you ever noticed how irritable you get after you’ve been sleep-deprived for too long? No matter how busy you are, take out at least 8 hours of sleep in a day. You can watch that season tomorrow. You can scroll through your news-feed in the morning. And you can chat with your friends when you’ve gotten some rest.

3.  Stop thinking that fear is something that should be avoided at all times. In some situations, fear is actually our heart’s way of letting us know about the things we truly want in life, but are scared of pursuing because of how people will perceive them or how we might end up failing. If your heart begins to pound the minute you think about signing up for those dance lessons or applying for that new job or even making amends with that long-lost friend, then it’s time to truly listen. Start embracing your fears. I guarantee you won’t regret it.

4.  Stop putting up with people who have clearly been taking you for granted, people who can’t even meet you half-way, and people who keep expecting you to constantly be there for them but will not even message to ask if you’re okay in your time of need.

5.  Stop putting up with a life where you always have to hide your true mental state, whether it’s some form of depression, anxiety, OCD or anything in the world. Stop making yourself believe that you’re a burden on this world. Stop telling yourself that the things you’re feeling are something you should be ashamed of. And stop assuming that no one and nothing can help you get out of this.

6.  Stop putting up with a job that constantly makes you want to kill yourself, only because you feel convinced that this is the only one you’re capable of getting.

7.  Stop putting up with a body that keeps making you feel like there’s something wrong. If you think you’re being unhealthy, start putting in efforts to change that. Take out some time to exercise every day. Start eating less outside and incorporate healthy food such as fruits and vegetables into your diet. Keep reminding yourself that sometimes, one drink is enough for you. Take the stairs instead of waiting a long time for the lift to come. And walk as much as you can instead of lying in your bed all day.

8. Stop putting up with days that will have no significance in your life. Life is short and you have very little time to keep wasting. It’s true that at times, we all need to just take some time away- time where we can just relax and do absolutely nothing. But if you spend every single weekend just sleeping in your bed all day, or aimlessly scrolling through your Facebook newsfeed or even binge watching a show that you’ve already seen a hundred times before, it’s never going to make you feel happy. Instead, you might end up being filled with emptiness.

9.  Stop putting up with people who don’t accept you exactly the way you are, who always give comments or act in ways that reflect how badly they want you to change your personality, and who make you feel like you just can’t ever be good enough for them.

10.  Stop putting up with excess. I’m not implying here that you should start feeling guilty about the spa day you treated yourself to after a month of constant tensions or even about buying those amazing shoes you had your eyes on for quite a long time. But maybe it’s time to stop buying clothes that you won’t even wear more than once, to reconsider your decision of getting that expensive phone upgrade you don’t really need, and to make sure you don’t keep buying excess food that you will have to throw away later and feel bad about. Try out a new and simpler lifestyle this year and observe if it has a positive effect on your personality and general outlook in life.

12.  Stop putting up with a life where you’re constantly on autopilot- where you wake up like a zombie every morning and go to work with zero emotions, where you prefer to play on your phone instead of enjoying an actual conversation when you’re out with friends, where you actually think long and hard before saying anything that’s actually in your heart. It’s time to allow yourself to relax, to start being truly present, and to make the best out of every moment in your life.

13.  Stop putting up with toxic social situations. If you get invited to a lunch with people who you know are extremely judgmental and gossipy, people who have more interest in other’s lives than their own, and people who can never be true to you or to anyone else, then don’t force yourself to go out of obligation. Decline their offer politely and if that’s not possible for some reason, just make an appearance and leave after an hour max. You are not obligated to keep giving more of your time and energy to people who don’t deserve them.

14.  Stop putting up with being the person who is just an ‘okay’ friend to others. If a friend is in a bad place in their life where they just can’t seem to find a reason to smile, then show up to their place with some ice cream and don’t leave them alone to their thoughts until you feel like they’re ready. If your friend is doing something you don’t approve of, try to understand their reasons behind it without immediately judging them or writing them off. If your friend has done something wrong to you, give them a chance to explain and if they actually apologize, forgive them. Just remember that most of the awful things a friend has done to you, you probably did them to someone else once.

15.  Stop putting up with always placing a mediocre effort into everything you do. Life isn’t just about doing the bare minimum- showing up to your job and waiting for the evening to go home instead of actually working hard to give back to your organization, or studying just enough to get a passing grade instead of working to achieve your full potential. Keep challenging yourself. Keep forcing yourself to grow. And keep working towards becoming the best possible version of yourself.

16.  Stop putting up with always maintaining a negative attitude about things in your life that aren’t actually that bad or negative. If your professor didn’t give you the marks you were hoping for in a paper you worked hard on, go and talk to him about how you can do things differently next time. If someone at office was rude to you, understand that they might be going through a rough day and then just forget about it. If it’s extremely hot outside, remind yourself about how lucky you are to be sitting in an air-conditioned room with a roof above your head. If the traffic is really terrible, appreciate how this is one of the uncommon times when you really have nothing else to do but think freely about yourself and your life.

17.  Stop putting up with the thought that happiness is some kind of end goal to achieve in life instead of a constant state of being. You can keep running after that promotion you always wanted but once you get it, you’ll just start looking for a higher post to achieve. You can keep pursuing that girl you always wanted to date but once she finally says yes and enters into a normal relationship with you, things will start to feel pretty ordinary instead of being as exciting as they once looked. You can keep trying to grab some fame, power or general praise in life but at what point will you finally feel like it’s enough? At one point or the other, you need to accept the fact that if you continue chasing things in life, you will just keep coming up with something new and better that you NEED to have. But if you actually focus on the sheer joy of being, you will have a much easier time discovering some real happiness. Happiness is right there with you. You just have to stop for a minute and start feeling it. 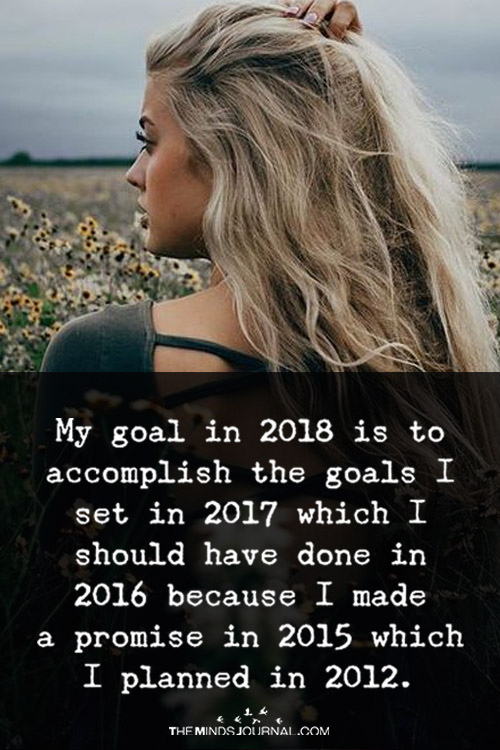