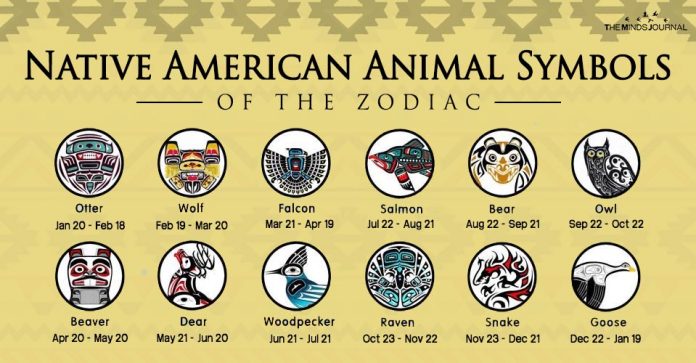 Many Native American cultures have the belief that a person is assigned an animal upon the time of birth.

Below are interpreted Native American symbols of the zodiac and the characteristics for each one. 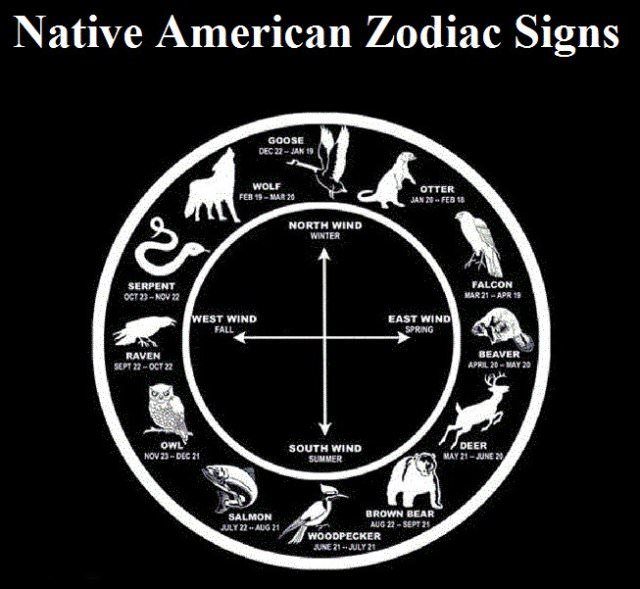 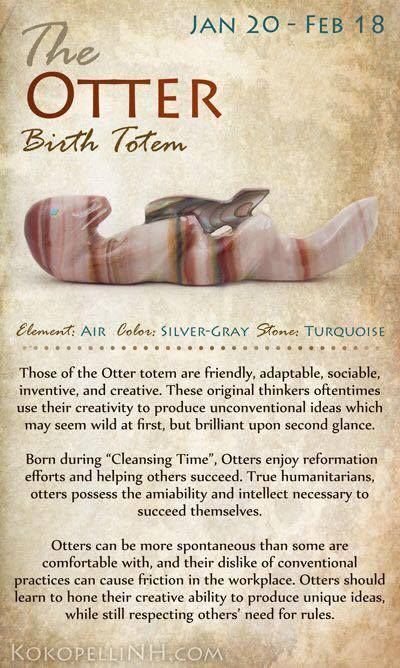 A little quirky, and unorthodox, the Otter is a hard one to figure sometimes.

Often very perceptive and intuitive, the Otter makes a very good friend and can be very attentive. In a nurturing environment, the Otter is sensitive, sympathetic, courageous, and honest. Left to his/her own devices, the Otter can be unscrupulous, lewd, rebellious, and isolated. 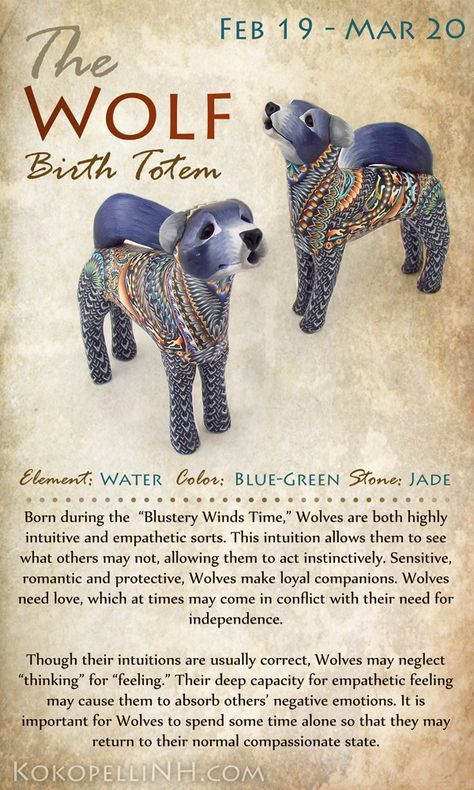 Deeply emotional, and wholly passionate, the Wolf is the lover of the zodiac in both the physical and philosophical sense of the word.

The Wolf understands that all we need is love, and is fully capable of providing it. Juxtaposed with his/her fierce independence – this Native American animal symbol is a bit of a contradiction in terms. Needing his/her freedom, yet still being quite gentle and compassionate – we get the picture of the “lone wolf” with this sign.

In a nurturing environment, the Wolf is intensely passionate, generous, deeply affectionate, and gentle. Left to his/her own devices the Wolf can become impractical, recalcitrant, obsessive, and vindictive. 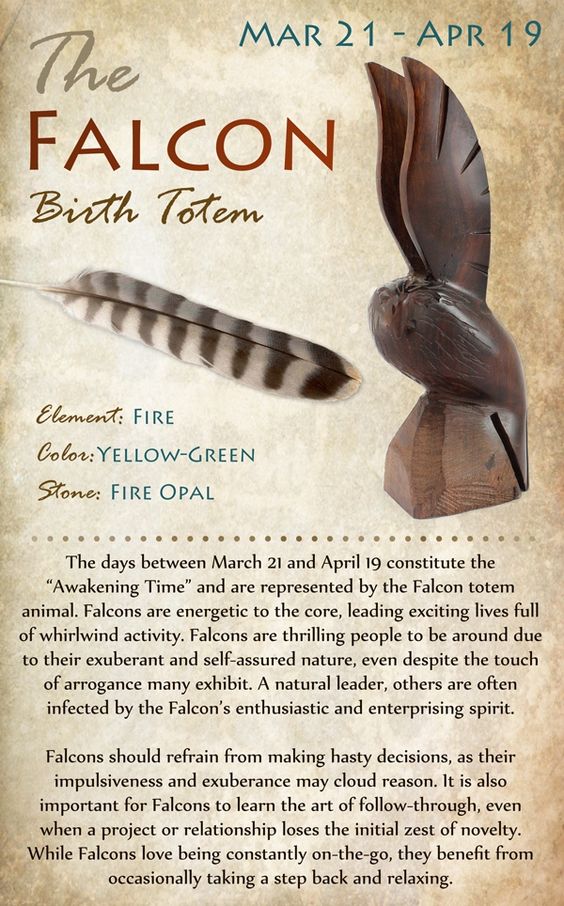 A natural-born leader, the Falcon can always be looked upon for clear judgment in sticky situations.

Furthermore, the characteristics for this Native American animal symbol never wastes time, rather he/she strikes while the iron is hot, and takes action in what must be done. Ever persistent, and always taking the initiative, the Falcon is a gem of a personality to have for projects or team sports.

The Falcon can be a little on the conceited side – but he/she is usually right in his/her opinions – so a little arrogance is understood. In a supportive environmental the Falcon “soars” in his/her ability to maintain passion and fire in relationships, and always remaining compassionate. Left to his/her own devices, the Falcon can be vain, rude, intolerant, impatient, and over-sensitive. 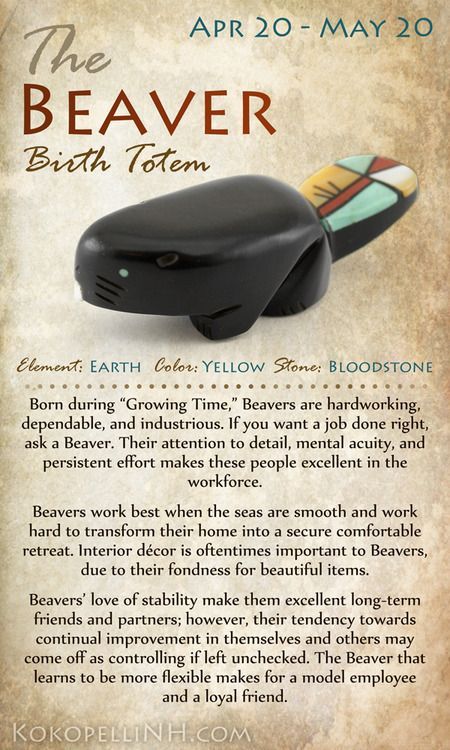 Take charge, adapt, overcome – this is the Beaver motto.

Mostly business, the Beaver gets the job at hand done with maximum efficiency and aplomb. Strategic, and cunning the Beaver is a force to be reckoned with in matters of business and combat. One might also think twice about engaging the Beaver in a match of wits – as his/her mental acuity is razor sharp.

The Beaver has everything going for him/her – however tendencies toward “my way or the highway” get them in trouble. Yes, they are usually right, but the bearer of this Native American animal symbol may need to work on tact. In a nurturing environment, the Beaver can be compassionate, generous, helpful, and loyal. Left to his/her own devices the Beaver can be nervous, cowardly, possessive, arrogant, and over-demanding. 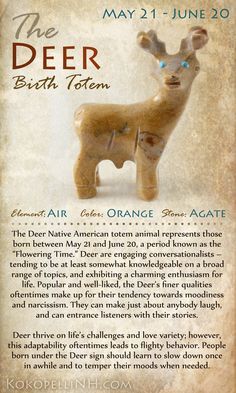 This Native American animal symbol is the muse of the zodiac.

The Deer is inspiring lively and quick-witted. With a tailor-made humor, the Deer has a tendency to get a laugh out of anyone. Excellent ability for vocalizing, the Deer is a consummate conversationalist. This combined with his/her natural intelligence make the Deer a must-have guest at dinner parties. Always aware of his/her surroundings, and even more aware of his/her appearance, the Deer can be a bit self-involved.

Gregg Prescott M.S.http://in5d.com
Gregg Prescott, M.S. is the founder and editor of In5D and BodyMindSoulSpirit. You can find his In5D Radio shows on the In5D Youtube channel. He is also a transformational speaker and promotes spiritual, metaphysical and esoteric conferences in the United States through In5dEvents. His love and faith for humanity motivate him to work in humanity's best interests 12-15+ hours a day, 365 days a year.
-Adverts-

Once you take a closer look at the personality traits of Aquarius, you will see how different, unique, and special they truly are.
Read more
wpDiscuz
10
0
Would love your thoughts, please comment.x
()
x
| Reply