How To Be More Courageous In Life: 4 Tips 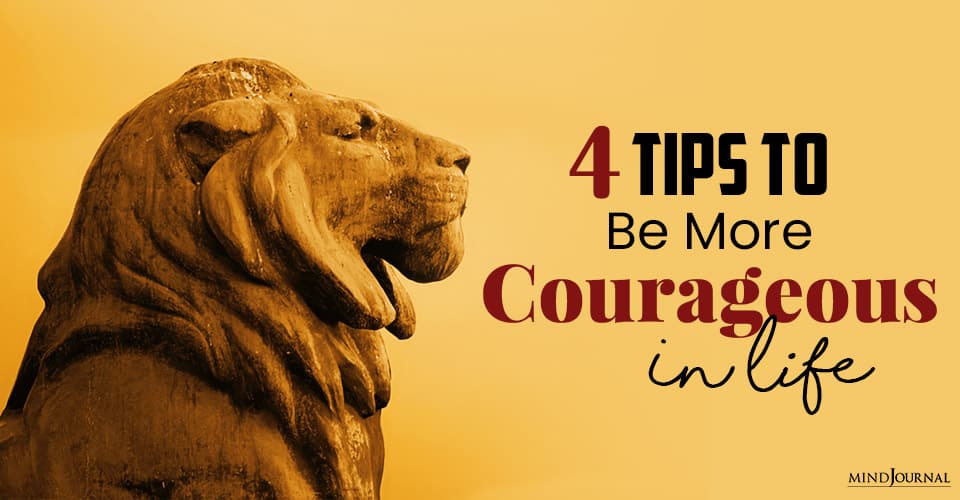 Courage can be taught. Carefully craft and cultivate opportunities for people to discover courage on their own.
“I learned that courage was not the absence of fear, but the triumph over it.” Nelson Mandela

About a year ago I was struggling to teach one of my business students how to promote herself at networking events. She was an excellent student — smart, conscientious, deeply motivated — and by the end of our sessions, I felt she had it down. And so you can imagine how shocking it was to me when I found out she never actually went to the events that we had prepared for. It was just too overwhelming to her, despite the fact that she knew exactly what to do and what to say.

And that’s when it struck me. What I was teaching her — and what she actually needed were two completely different things. I was focusing on the tips — the script — the how-to’s. But that’s not what she needed. You can pick that up pretty much anywhere. What she really needed me to help her with was courage: the ability to take that leap — face down the fear she was feeling — and go off and network… even if it sent shivers down her spine. And on that front, I pretty much failed.

Even since then, I’ve been focused on courage and working hard to integrate it into the training and mentoring work I do. And I’d like to suggest you consider doing this as well.

Here are a few tips to get you started.

People need a nudge to step outside their comfort zones so they can discover the courage that they had all along within themselves. That’s why I always build a “nudge” into any training or teaching I do. For example, in one course I teach,

I require students to choose a situation outside their comfort zone — like networking, for example — and then go off and actually do it — three times, in fact, during the semester.

Of course, I also set them up with a mentor and teach them some skills they’ll need to succeed, but the point I want to make is that the nudge is the first critical step, and without it, courage is a very unlikely outcome.

Tip 2: Help People Find Their Own Path Towards Courage

There’s no generic path towards courage. That’s why I work hard on helping people develop this capability on their own terms — which means in their own way and often according to their own time line.

Sometimes this means using particular strategies that work for them — but which might not necessarily work for another person. For example, if a person fears networking, and especially doing so in a large, noisy room, they might choose to participate in smaller events, perhaps going along with a friend or colleague.

Or if they are terrified of feeling judged when participating in a meeting, they might arrange to sit in a place where they literally can’t see others, and can just focus on the person running the meeting. There are a myriad of ways people can equip themselves to confront the situations that frighten them the most.

Tip 3: Build Reflection Into The Process

Courage needs to be nurtured. People can’t be kicked (or nudged) out of their proverbial nests, without an opportunity to reflect upon — and process — their experience.

This can be done with a coach or a colleague or mentor or group, with the goal of recognizing — and also celebrating — the progress they’ve made towards achieving their goals.