How Committed Is He? Find Out With These Long-Term Love Signals 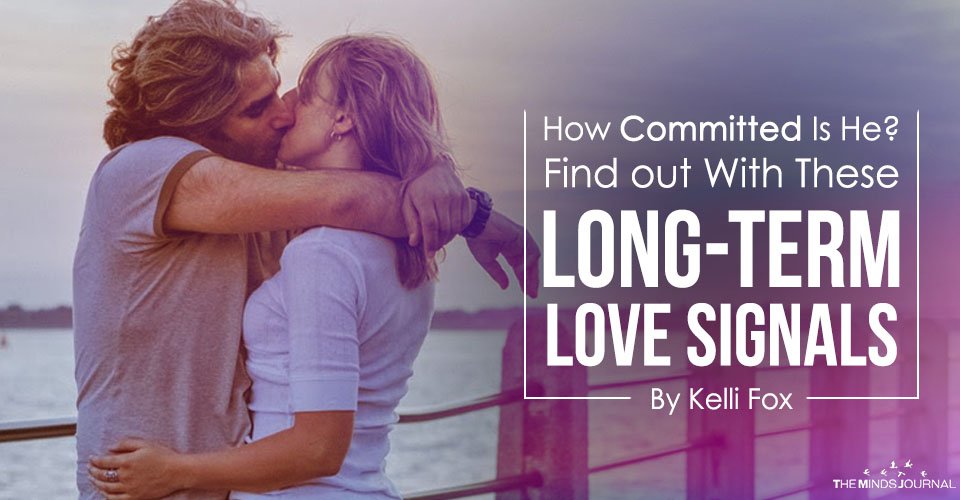 Men are notorious for being commitment-shy, but is this reputation truly fair and deserved?

For some men, it certainly is, but not for all of them — not by a long shot. The trouble is, many men aren’t the type to come right out and put their deepest feelings, hopes and desires into words, especially regarding relationships and commitment. This makes it tough, especially for women, to interpret their relationship signals — to read between the lines of what they say and do in order to gain insight into their intentions. It’s not that men’s and women’s relationship needs are so vastly different; it’s more that the two sexes communicate in such different ways that it can be next to impossible to understand one another. Whether you blame it on gender differences, Mars vs. Venus, or any other paradigm, the end result is the same: Often, men and women simply aren’t speaking the same language.

Unfortunately, there are those men who say one thing, but whose behavior and body language broadcast something else entirely. We’ve all heard of these playboy types, if not encountered them directly; though they have a variety of names — players, womanizers, Don Juans, Casanovas, skirt-chasers, and a variety of terms unmentionable in polite company — they’re all the same. Or are they? If your man promises a long-term commitment but his behavior suggests otherwise, is he lying to you — purposely, knowingly misleading you? It’s certainly possible. It’s more likely, however, that he doesn’t mean to be deceptive. He might simply be telling you what he thinks you want to hear, in a misguided attempt to avoid hurting your feelings. He might even be telling you something he truly believes — in his head, while his heart of hearts holds an entirely different truth.

It’s a good thing, then, that behavior and body language tend to speak more loudly than words. Regardless of what your man might be telling you in words, if you know what signals to look for, you can determine whether he sees a future with you — and whether that future is merely a vague possibility in his eyes or something real and true, something he fervently hopes for and is working toward, with both eyes open and heart fully invested.

The following are some typical signals men send out in love affairs that speak to their level of commitment to the relationship.

A) Signals that he’s just in it for the moment, and commitment is unlikely:

1.  You’re always the one asking him to get together; he rarely initiates making plans with you.

2. He always invites you out to group events, such as clubs, dinner parties or music shows, instead of one-on-one dates that might give you a better chance to talk and connect.

3. When you do spend time alone together, he avoids meaningful conversation and soulful eye contact or acts as if he wishes he were somewhere else.

4. When you’re together, he often cuts the date short because “something just came up.”

5. He rarely agrees to get together with you and your friends, though you spend plenty of time with his buddies.

6. When you’re out with his friends, he treats you like “one of the guys,” or he isn’t nearly as sweet or attentive as he is when you’re alone together.

7. Just when things start to become emotionally intimate between you, he pulls away or even disappears for a while, not answering your phone calls or texts until you’ve almost given up.

8. He refers frequently to one or more bad breakups in his past.

9. When talking about past relationships, he blames all the problems on the other person and takes no responsibility upon himself.

10. He rarely remembers things you’ve told him about yourself, from the small stuff, such as how you take your coffee, to the bigger things, such as your career goals.

11. You have an incredible sexual connection — and most of your alone time together is spent exploring that, rather than talking, laughing, and exploring each other’s personalities.

12. He seems uncomfortable with putting a label on your relationship or shies away from “couple-y” behaviors like holding hands.

13. He never puts you or your relationship first, always prioritizing himself and his own interests instead.

14. He frequently starts arguments, threatens to or actually does break it off, or tells you he’s not sure whether this relationship is going to work.

15. No matter how adoring and committed he might seem, he straight-out tells you he’s not the commitment type, that he isn’t looking for a long-term relationship, or that he isn’t in love with you.

B) Signals that he sees a real future with you and is ready to commit:

1. When speaking to other people about your plans or things you’ve discussed or experienced together, he always says “we” — as in, “We really liked such-and-such restaurant,” “I’m not sure what we’re up to this weekend,” or “We want to see that movie soon.”

2. He is eager to introduce you to his friends and family, and also to meet and spend time with yours.

3. He calls, texts or otherwise checks in often, and when you reach out to him, he responds quickly rather than making you wait.

4. He shows you in many small ways that he listens, pays attention and knows who you are; for example, he might surprise you with takeout from your favorite restaurant or tickets to see a band you love, or he might recall something you once said in passing that you didn’t realize stuck with him.

5. He treats you with the same respect and affection in public as he does in private.

6. You share a strong physical connection, but you also just love spending time talking, laughing and having fun together.

7. When you have a problem at work or with a friend, he listens well and offers you solid advice or emotional support.

8. He opens up to you about his own issues with family, friends or work, and wants your input and support.

9. When you two have an argument or disagreement, he apologizes and does his best to see your side of things — and demonstrates that he’s willing to change his behavior in order to make you happy.

10. He remembers important dates, such as your birthday or anniversary, and makes advance plans to celebrate them.

11. He talks about his parents’ marriage in a loving and admiring way, making it clear that he hopes to find the same kind of connection for himself.

12. He looks you in the eye and tells you he loves you, and asks you for a commitment.

Written by Kelli Fox
From Theastrologer.com 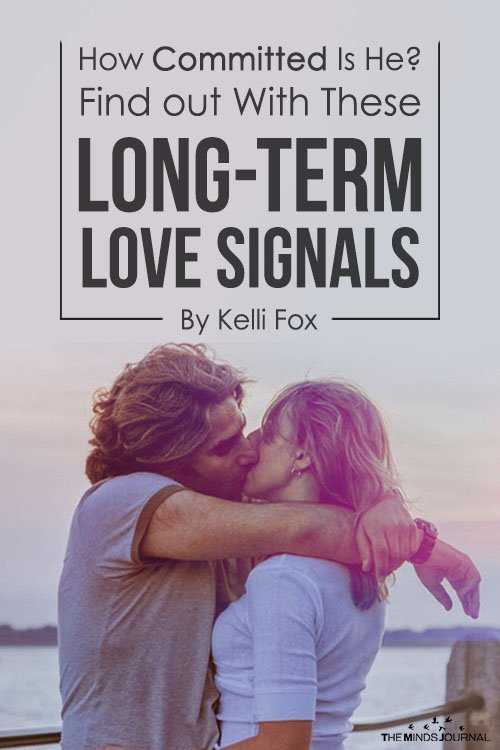 Kelli Fox is a professional astrologer who was first drawn to astrology during her childhood in Sydney, Australia. As early as eight years of age, she began recording birth dates and sun signs for anyone willing to share. Kelli’s formal astrological studies began at the College of Humanistic Astrology. Alia Ryder had her utmost respect as her mentor and teacher. This led to her professional accreditation with multiple organizations including: C.A., NCGR-PAA & National Council for Geocosmic Research, PMAFA & Professional Member of the American Federation of Astrologers ISAR C.A.P & International Society of Astrological Research, and the FAA – Federation of Australian Astrologers.View Author posts