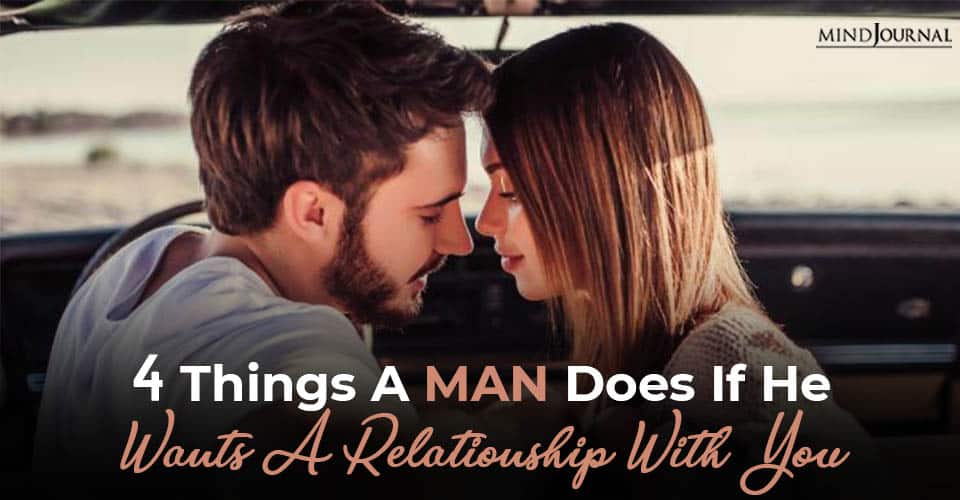 Are you dating for quite sometime and still not sure if a man wants a relationship with you?

It doesn’t matter if you’re newly dating or you’ve been dating for a while. You’re probably reading this because you’re wondering what men think and if the man you’ve been giving your precious time and energy to wants a relationship with you.

You might wonder, do I invest more in this man or do I lean back and see what he does?

Do I let a man know my feelings or let him take the lead?

Does he love me or is he waiting for someone else to come along?

When a man is wholeheartedly invested in you, there are certain things that he will do that are clear signs that he’s into you in a big way which answers those nagging questions that keep running around in your head.

By the end of this, you won’t be turning in your bed overthinking his actions.

It’s going to be very clear how to tell if a guy likes you, really likes you or if he’s a player with no intention of committing to you.

Here are four things a man does if he wants a relationship with you:

The first clear sign that his heart is a hook, line, and sinker caught on you is what I call The Invisible Thread.

You could both be at a party talking to other people even in separate places or together but somehow, it feels like you’re still connected, tethered in some way.

You’re both linked by a thread that’s exclusively visible to you.

Whether it’s the way that he looks at you from across the room or when he’s out and about doing other things travelling for work or busy with his kids, he reaches out regularly enough so that you still feel connected.

Also, a man who’s really into you and values connection and intimacy won’t just be physically present on a date, he’ll be 100 per cent with you.

He will pay attention. He won’t just be nodding during your conversations while his eyes are roving around like a lifeguard at the beach.

He’ll make an effort to ask meaningful questions because he wants to know you better.

It’s a sign a man appreciates your true qualities inside and out.

A man who isn’t emotionally invested in you wouldn’t even bother to talk about the future, ask about your opinions, what your dreams are or even what you did yesterday.

He might just want to get naked with you.

But a man who’s authentically interested in you will want to talk to you, experience things together and share both of your highs and lows.

Forget the guy who disappears at a vital point in his life (or yours) to be alone or who avoids helping you.

It’s like saying you’re important to him— but only up to this point— only when it’s fun or when it suits him.

A man who’s invested in a committed relationship won’t run when life gets more complicated because he will know curve balls are part of life and relationships and he wants to ride the curve balls with you.