How to Rescue Your Marriage from Empty Nest Syndrome

Are you and your spouse experiencing a severe case of empty nest syndrome, and are finding it difficult to tackle its repercussions?

When their three children were young, Lisa and Roger dreamed about what it would be like when their kids left home. They’d do the things they enjoyed together before they became parents. But by the time the last child moved out, their relationship wasn’t what it used to be. Their marriage was suffering from empty nest syndrome.

Lisa and Roger worked hard to put their kids through college. As a labor and delivery nurse, Lisa took extra shifts. She also became an independent beauty consultant for Mary Kay. As a general contractor, Roger took every home remodeling job he could.

Outside of work, shuttling the kids to various activities sent Lisa and Roger in different directions. When they did have time together, they talked about the kids. Sex was infrequent and for Lisa it was unsatisfying. 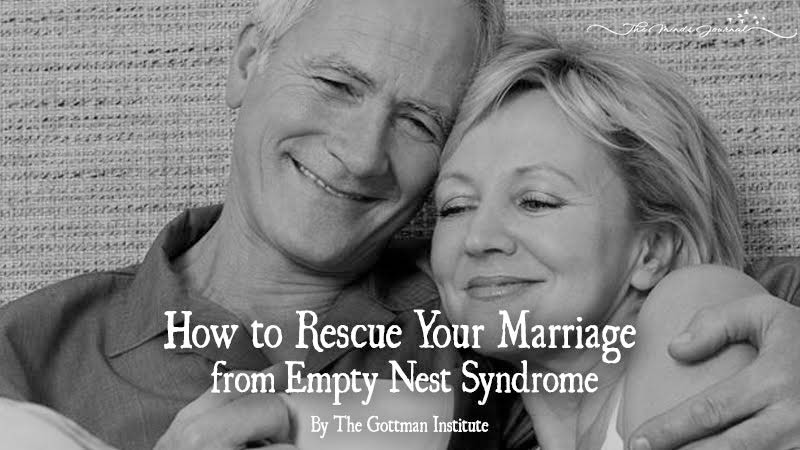 By the time Lisa and Roger moved their son into his dorm room for his freshman year at college, their oldest daughter had graduated and moved to another state to be near her boyfriend. Their middle child, also a daughter, was a college junior.

With the kids out of the house, Lisa and Roger stayed busy, but not with each other. Roger left home early each day to beat traffic and get to his latest remodeling job on the other side of the city. Lisa would leave earlier for her 12-hour shift, or sleep late on days off.

Lisa was the first to realize something was wrong. She felt lonely with the kids gone. When she and Roger were home together, he’d collapse on the couch to watch TV. She’d talk on the phone to one of the kids, shedding tears every time she said goodbye. When not on the phone, she sat with her laptop filling orders for her Mary Kay clients or browsing Facebook.

Are you in an unhappy marriage? Read 3 Tips on How To Save An Affection-Starved Marriage

This wasn’t the life after kids they had dreamed about.

Lisa missed the emotional connection they had when they married 23 years earlier. One evening, she sat across from Roger in their living room while he ate his dinner in front of the TV. She waited for a commercial, then said, “You know, we don’t do stuff together anymore.”

“I didn’t think you cared,” Roger said between bites. “You could be in here with me, watching TV. Instead, you’re on the phone, or doing whatever you do on your laptop.”

Lisa said she didn’t think of watching the news and Pawn Stars as spending time together. Roger said he was tired after work and needed to unwind. The commercial ended, and Roger’s attention went back to the TV.

Lisa made further unsuccessful attempts to try to reconnect with Roger. One day at work, she shared her frustration with an older co-worker who recommended marriage counseling. Counseling had helped her and her husband get through the rough spot they hit with their empty nest syndrome.

Lisa’s co-worker explained that empty nest syndrome is common among middle-aged parents. It’s characterized by feelings of sadness and loss. Parents become vulnerable to depression, identity crisis, and marital dissatisfaction. Lisa wondered if that’s what was happening to her and Roger.

Lisa and Roger had received counseling early in their marriage. They had trouble working through conflicts and both found it helpful. But now, it wasn’t easy for Lisa to convince Roger they needed counseling again. He finally agreed after she threatened to move out.

Lisa and Roger learned how to build “Love Maps.” In the book The Seven Principles for Making Marriage Work, Dr. Gottman identifies a Love Map as the place in the brain where one stores details about their spouse’s history, interests, fears, hopes, and goals.

One of the tasks of a successful marriage is for each spouse to add details to that map by asking questions, listening, and turning toward their partner in good and bad times. Because a person’s inner world changes as they pass through the seasons of life – like when the children leave the home a spouse needs to revise and add to their Love Map to stay in tune with their partner. Happy couples use their Love Maps to understand each other, and to show fondness and admiration.

Click here to assess the Love Maps in your relationship and to download a free PDF with Love Map questions.

Have you implemented and tried out the Love Map trick in your marriage? Read 5 Stages of Marriage And How Your Love Map Can Make It Stronger

When they were raising kids, Lisa and Roger’s individual stories took different paths. The times they’d filled giving attention to each other was replaced by time spent providing for growing children.

Dr. Gottman’s research has discovered that couples in satisfying marriages create shared meaning with individual stories that overlap. Dr. Gottman has provided a list of discussion topics for creating shared meaning in his book The Relationship Cure.

With an empty nest, Lisa and Roger needed to find a way to reconnect their stories. Without shared meaning, their paths would have continued in different directions, leaving them like two ships passing in the night.

To create shared meaning, Lisa and Roger turned back the pages and talked about where their love story began. They made time during evenings and weekends together to browse through old photos of their courtship, wedding, and honeymoon. They listened to their favorite love songs. And they watched their favorite romantic movies.

Lisa and Roger also talked about how their interests had changed over time. Roger discovered Lisa had developed an interest in her family roots and wanted to travel to Germany and Sweden. Lisa learned that Roger now had a taste for Thai food, and wished they could try Thai restaurants around town.

They started developing shared rituals, roles, goals, and symbols. For example, they put a weekly date night on the calendar and took turns choosing a restaurant. Tuesdays became Roger’s dedicated night for watching his favorite reality TV. Lisa used Tuesday evenings to keep up with her Mary Kay business. They also started volunteering at church activities together.

Is your marriage going through a rough patch? Read 5 Different Stages of Marriage And How To Effortlessly Survive Each Of Them

Lisa and Roger’s dream of enjoying their empty nest almost died in an unsatisfying marriage. By putting their efforts into rescuing their relationship from empty nest syndrome they now have reason to hope. They’re now doing things they did before they were parents, and they’re making new plans. They’re looking to sell their home to scale down, and they’re saving for a European vacation to explore the land of Lisa’s family roots.

While an empty nest can feel lonely, the transition offers couples an opportunity to renew their vows of connection and intimacy – one chapter has ended but another has just begun.

If you want to know more about empty nest syndrome, then check out this video below:

If you’d like more ideas on how to rekindle the romance after the kids have left home, get our popular guide here. 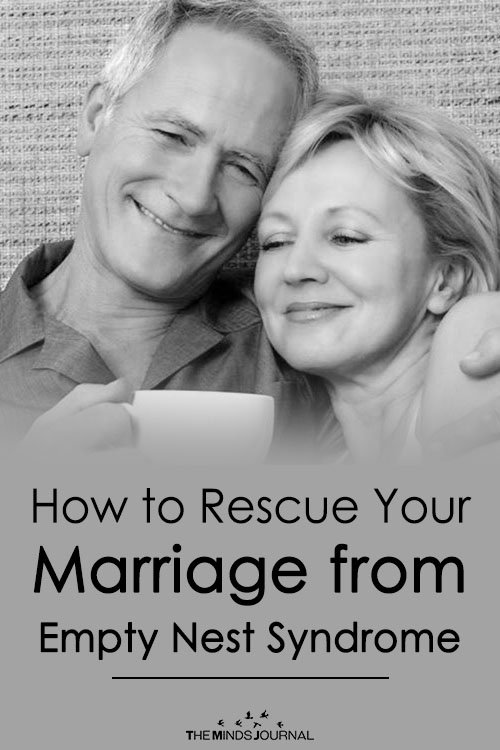 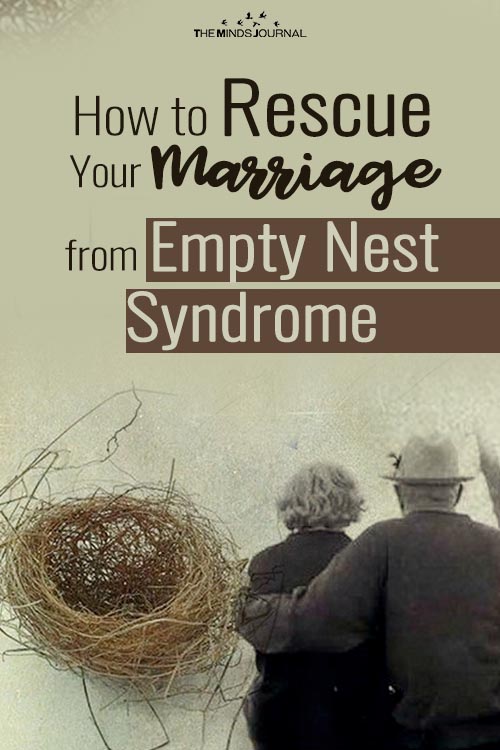 The Gottman Institute
The Gottman Institute uses over 40 years of research on thousands of couples to provide research based tips on how to make love last. Our research has saved troubled relationships and strengthened happy ones. Get your free copy of 7 Signs Your Relationship Will Last by clicking here Workshot for Couples Professional Training Certificate Courses