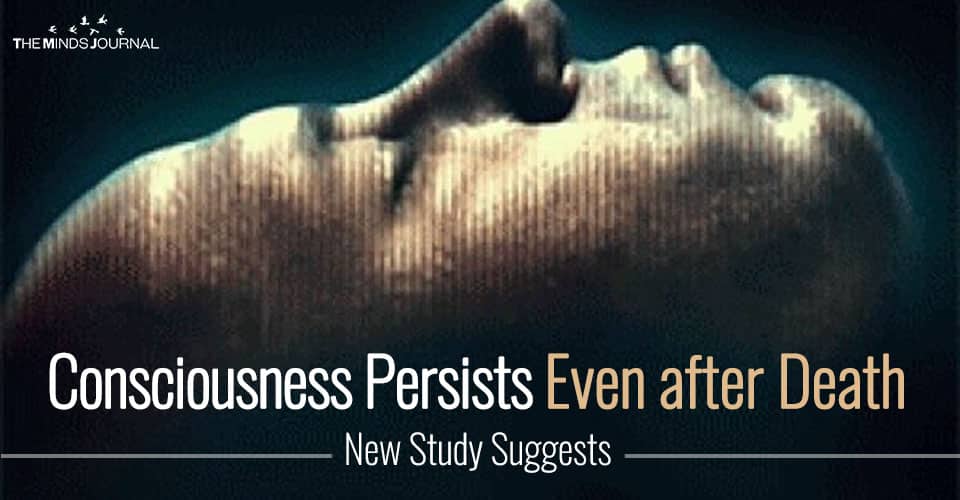 Consciousness Persists: Even after Death

We all know it’s coming, sooner or hopefully later! Death is just one of those things that happen to us all, eventually.

One thing many of us agree on is life after death, but now scientists confirm that once your heart has stopped beating, your consciousness continues!

Over 2,000 people were studied by British scientists who say thought persists after death, and they have also found evidence that out-of-body experiences are in fact real in those who are declared dead and then revived.

Commonly believed by most scientists is that the brain was no longer active after the heart stopped pumping blood for 30 seconds and that conscious awareness then also ceased to exist. The researchers at the University of Southampton feel otherwise and have proven that awareness is still experienced for up to 3 minutes after declared dead.

Dr. Sam Parnia, the head researcher of the study said: “Contrary to perception, death is not a specific moment but a potentially reversible process that occurs after any severe illness or accident causes the heart, lungs, and brain to cease functioning.

“If attempts are made to reverse this process, it is referred to as ‘cardiac arrest’; however, if these attempts do not succeed it is called ‘death’.”

Read Soul’s Progression By Raising Our Level Of Consciousness

40% Of the 2,060 cardiac arrest survival patients who were interviewed for the study said that after being pronounced clinically dead, they were able to recall some form of awareness.

“This suggests more people may have mental activity initially but then lose their memories after recovery, either due to the effects of brain injury or sedative drugs on memory recall.” Dr Parnia explained.

One of the biggest and most significant findings was that of a 57-year-old man who, after a cardiac arrest, was able to recall everything accurately that happening around him while he was temporarily dead!

Only 2% of patients said that their experience was similar to an “out-of-body experience”, this is when one feels almost totally aware of their surroundings following death. About 50% of patients in the study said that they felt fear, rather than awareness

Dr. Parnia said: “This is significant since it has often been assumed that experiences in relation to death are likely hallucinations or illusions occurring either before the heart stops or after the heart has been successfully restarted, but not an experience corresponding with ‘real’ events when the heart isn’t beating.

“In this case, consciousness and awareness appeared to occur during a three-minute period when there was no heartbeat.

“This is paradoxical since the brain typically ceases functioning within 20-30 seconds of the heart-stopping and doesn’t resume again until the heart has been restarted.

“Furthermore, the detailed recollections of visual awareness, in this case, were consistent with verified events.”

Read The 4 Steps to Healthy Consciousness