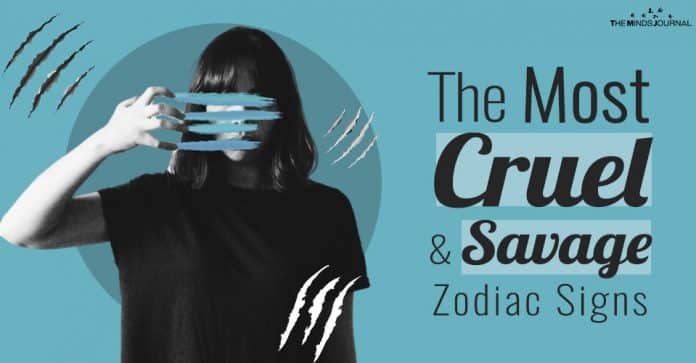 The Most Cruel and Savage Zodiac Signs

Have you ever heard of savage Zodiac Signs?

As human beings, we all have our light side and dark side with each side playing a role in our personality. Each zodiac sign too has a dark side and a positive side.

We have many articles written about the common traits and positive side. But few unleash the dark and mean side of the zodiac signs.

Here is a list of the 5 most cruel and savage zodiac signs to watch out for:

Scorpio is a water sign. It is the most intense and passionate of all zodiacs. However, the word of caution is their intensity can turn into a wrong direction and become hatred and cynicism.

They can have a very myopic view of things and turn overtly possessive and cruel if they don’t get their way.

Related: What’s Your Intuitive Power Based On Your Zodiac Sign

One of the things Scorpios do is to assume about your intentions and motives and then react without finding out if the assumptions are true in the first place.
It’s hard to defend yourself against assumptions that aren’t true and you can’t win in an argument with a Scorpio.

Scorpios know how to keep people guessing and off-balance, so they can strike you at your weakest.

Cancer is a Water sign. Cancers emotions run high and they are very protective and nurturing. .However, they can turn overtly possessive and run havoc if they feel threatened or fear losing something that is close to them.

When they are feeling this way they can become extremely nasty and savage and would do things under the spell of their intense emotions that they regret later.

Capricorn is an Earth Sign. Capricorns too have a dark side and when they turn to this dark place they throw out all rules of civil behavior.

They will have no shame in resorting to cruelty if it helps them to advance in their career or payback an enemy.

They lack Empathy and can rejoice in someone’s misfortune instead of extending a helping hand to them.

Related: How Dark Is Your Soul (According To Your Zodiac Sign)

Aries is a fierce fire sign. They can get really cruel with words when they get angry or upset.

They are very competitive and sore losers, if you get in the way of their goal, they can get really obnoxious.

Any kind of competition with Aries will bring out their mean streak. Once they have won or made their point, they would cool off and return to being fun and charming, but their cruelty would already have caused damage to their opponent.

Leo is again a fiery fire sign. They love the spotlight. They are so charming and attractive that no one can help but fall in love with them but if they ever feel threatened or you step on their toes, they can rip you to shreds.

Leos know how to be diplomatic and politically correct. They would know just the right thing to say that would look good on paper but will tear your heart out.
These kittens have claw and when they get angry, they can get primal and raw. 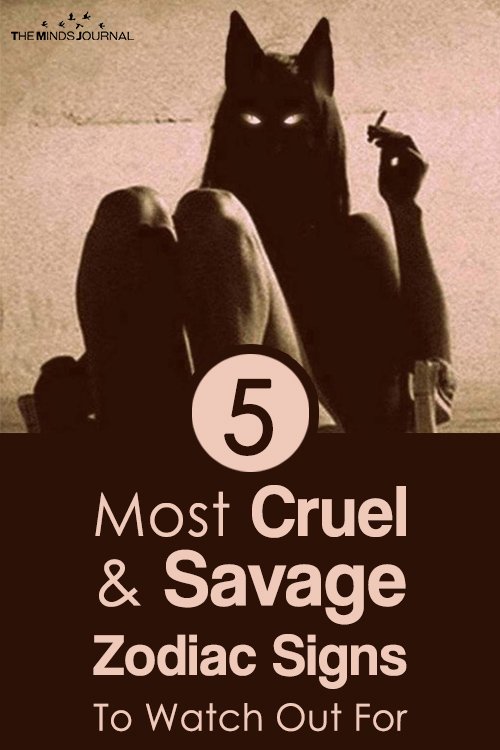 I think I dated the… Read more »

There will be days when you have to rummage through the heaps of negativity in your life just to find that nugget of positivity. Make it happen and stay positive. What is a good reason you should stay positive based on your zodiac sign?
Read more
wpDiscuz
1
0
Would love your thoughts, please comment.x
()
x
| Reply