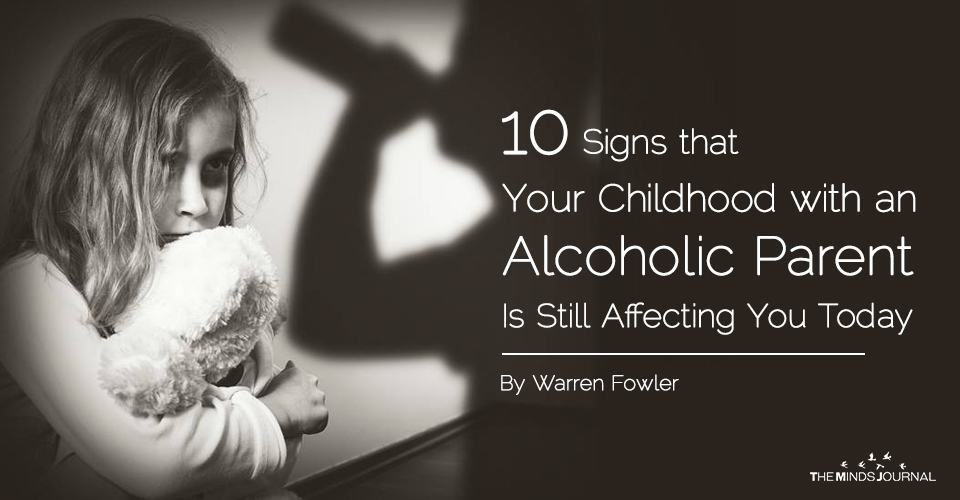 The family is the main source of socialization, nurturing, and attachment for children. When children grow up in the surrounding of an alcoholic parent, all these aspects of their development are being disturbed.

Statistics show that more than 8 million children under the age of 18 live with at least one adult with a substance use disorder. The rate is higher than one in 10. The studies identify that this situation has a significant influence on the child’s emotional and behavioral development. In addition, it increases the likelihood that the child will struggle with substance use problems, too.

All this is a theory, but it may seem too close to your reality if you were a child of an alcoholic. Chances are, the consequences of your parent’s lifestyle are still affecting you today. You promised yourself to stay strong despite all troubles you faced while growing up, but it’s not easy to deal with a background this difficult.

If you recognize the signs that indicate the effect this background has on you, it will be easier for you to work on the negative character traits. You’ll identify the reason and you’ll address the cause.

Here are 10 signs that show how your childhood with an alcoholic parent is still affecting you today:

⦁ You Can’t Deal with Yelling

Yelling. That was probably part of your daily life as a child. When you heard the noise, you knew something bad was going to happen. You’re still affected by the fear of a raised voice. When you hear someone arguing, you do not know how to react.
It’s not uncommon for a raised voice to cause tears in people who were affected by a parent’s alcoholism as they were growing up.

⦁ You Are Incredibly Sensitive

Although you shut down your emotions in front of other people, you are incredibly sensitive deep inside. Growing up with an alcoholic made you experience sadness, anger, hope, and all kinds of mixed emotions. Most of all, you were sensitive to criticism.
Maybe, like most other children of alcoholics, you learned how to keep your poker face in front of other people. Deep inside, however, you’re experiencing an emotional storm and you have difficulties to deal with it.

⦁ You Have Trust Issues

Alcoholics often promise they will change. Some of them really want to change. They will do their best to stay clean, but they will fail under the first sign of pressure. If your parent was like that, their attitude caused you some trust issues. Just when you thought things were getting better, you faced another one of their failures.
This is why many children of such families grow up as emotionally cold persons. They have a hard time to trust anyone, and those issues deeply affect their intimate relationships and friendships.

You were always doing your best to avoid criticism, weren’t you? You were always trying to prove your worth by achieving more and becoming more. Not only because you wanted to please your parent, but also because you wanted to become something more than them.
This often occurs with children of alcoholic parents.
Marion Roberts, a career advisor at Resumes Planet, explains how perfectionism affects these people’s professional lives: “When combined with low self-confidence, perfectionism puts them in a constant attempt to prove themselves. They devote themselves to the work and don’t abandon a task until it’s perfectly done. This is not a good habit. Perfection is an unachievable category. When you focus so much on one thing, you lose yourself in all other aspects of your life.”

Do you remember the constant attempts to make your parent happy as you were growing up? You said yes to please them, believing that would make them less angry.
Children of alcoholic parents often grow up as emotionally-numb individuals. They are ignoring their own feelings and emotions, and they don’t bother thinking about how they want or need things to be.

⦁ You Cannot Attach Yourself to a Home

For children of alcoholic parents, the home is a scary place. It’s an unpredictable environment that can be happy from time to time, but it’s mostly chaotic. You did not grow up with the feeling that home was your safe spot, and you may still feel that way.

Speaking of the unpredictable environment, it made you unable to deal with sudden changes. When your parent came to an outburst of anger or improper behavior, you felt out of control. That’s why a sudden change of plan can trigger your anxiety even today.
You feel safer when you’re in a situation dictated by predictability and routine.

⦁ You Blame Yourself for Too Many Things

Children have a tendency to blame themselves for the mistakes of their parents. It’s how their innocent nature works; they are always trying to justify other people, so they find themselves guilty of things they did not cause.
Many people maintain this attitude towards themselves as they grow up. They think that blaming others and justifying themselves would make them selfish or egotistical. Whenever something goes wrong, they feel like somehow, it’s their fault.

⦁ You Have Low Self-Esteem

While you were growing up, you were always afraid of the way your parent would act in public. You were afraid they would embarrass you at parent-teacher meetings, and you were always afraid to invite friends to your home. If you were not getting approval from your parent, you grew up seeking for it in other people.
This situation affected your self-esteem. Do you still see the results? Are you still seeking approval? Maybe you’re not comfortable in public? That’s all a result of your childhood.

Researchers found that the parent’s alcoholism increased a person’s inclination to substance abuse, anxiety, and depression. These people grew up in an unhappy and unstable environment, which affected their entire lives. Childhood fear and trauma may easily develop into anxiety and depression.

It’s time to face your past. You were a child of an alcoholic. It’s okay. You are you – an entirely different person. Yes; the behavior of your parent affected you. When you identify those issues, however, you’ll be able to address them.

This was chronic trauma that affected you really deeply, so you may need the help of a psychotherapist to deal with the problem. Don’t hold back to seek such assistance when you notice any sign that your parent’s alcoholism is still affecting you today. 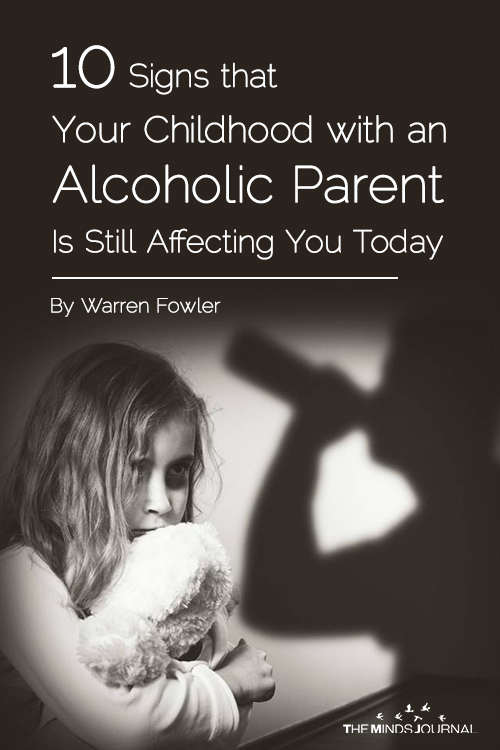 Warren is a marketing enthusiast and a blogger at ResumesPlanet.com, who loves music. If he doesn't have a guitar in his hands, he's probably embracing new technologies and marketing techniques online! You can meet him on Twitter and Facebook.View Author posts

Staying in a bad marriage for your kids is not the noble decision you believe it to be. Witnessing an unhealthy relationship between you and your spouse and seeing your toxic marriage up close can cause even more damage than divorce in the long run.

Attitudes toward divorce are changing. When I was a kid, divorced parents were given the evil eye. Heads shook, tongues clicked; divorcees were homewreckers, selfish and unloving, they destroyed children’s lives. Some churches banned them from services—apparently, even God wasn’t a fan.

The message to married couples: Keep your marriage intact by any means necessary.

Times have changed; today, nearly half of all marriages in the U.S. end in divorce. Whether divorce hurts or helps children depends on how it is handled by their

When planning your getaway, it’s not the place, but the heart that matters most.

Soon, very soon, the two words most beloved by children and fretted by parents will be unleashed into the sun-drenched world. Two words that beg to be in all caps: SUMMER VACATION.

Figuring out whether or not your teenager is using drugs can be a challenge. I sat down with Holly Holloway from MedMark Treatment Centers to discuss what concerned parents can do. Holly works to help spread awareness and end the stigma of addiction. Here’s what she had to say:

Young adults deal with many physical and emotional changes throughout their teen years, making it difficult to pinpoint whether their symptoms are drug-related, or simply puberty.

With the rising awareness of mental health in teens, it’s also something to take into consideration when approaching the subject. However, there are specific signs to look out for if you think your teen is experimenting with drugs and precautions to take if you are concerned for their well-being.