10 Mistakes Most Men Make In Relationships 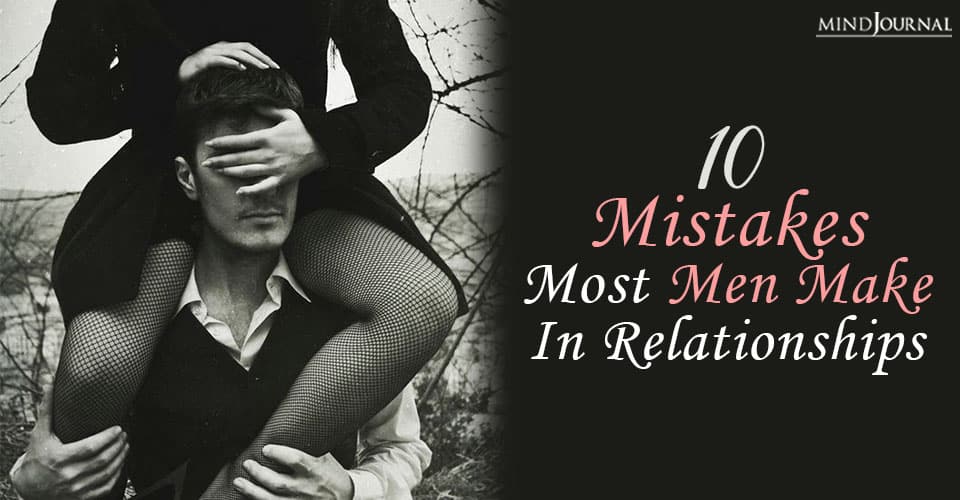 Irrespective of what every male buddy of yours tells you, women don’t actually voice out problems as soon as they spot one. They drop massive hints through their behavior in hopes that you’d notice, and usually, become frustrated when you don’t. By the time, they blow up, it is already too late for you to say anything and whatever you say will end up being the wrong thing because, for you, the problem has just begun to exist, while they have had time to analyze every aspect of it, including the solution probably.

Heavens save you when that happens, but here are a few things that will keep you from reaching there for a while.

Here Are 10 Mistakes Most Men Make In Relationships

Women have needs too — most of it, emotional. Pay attention to them and sometimes, try making the attention felt. Paying attention is not synonymous with expensive gestures. Sometimes, it is as simple as stopping your work when she is around and spending time with her. You only have to ask and really be willing to listen — just like that, she’ll tell you everything she’s been dying to tell you for weeks.

2. Gifts are not just for dating.

It could be something to add to her stamp-collection or it could be a new pair of shoes. Whatever the gift, it has to be her specific. Don’t try gifting her that hideous-looking Doremon T-shirt just to tickle your sense of humor, she might force a laugh, but you will have to pay for it later on. Yes, that is a fair warning.

Related: 8 Mistakes A Man Shouldn’t Make In A Relationship.

3. Don’t fake it till you make it — relationships don’t roll that way.

Pretending self-assuredness, confidence, and other enviable traits work in most areas of life but not here. The right way to do it is by being yourself and your true self at that. If you are uncomfortable with anything, say it. If you don’t understand her, ask her — she will gladly explain. If you think she is The One, it might be a good idea to let her know. If she is not, that’s another good idea to clear it and save all the hassle for both of yourselves.

Show her your real self — she will treasure the fact that you open up to her while you maintain a stoic exterior for most of the world. However, that’s not a ticket to douche-dom. Be nice. To everyone, but especially her.

Yes, it is good to share your thoughts. Yes, it’s good to do things together. But it’s also a good idea to maintain a healthy sense of space in certain aspects. Have some activities that you have all to yourself, and most importantly, let her have the same kind of space to pursue her own individuality. Making her felt needed is really nice and sweet, but being needy will quickly annoy her and you will find yourself listening to crickets, all on your own, very soon.

Being a good partner does not mean you do each and everything as a cutesy couple. A healthy relationship begins with a healthy you and a healthy her — and a little space will go a long, long way.