4 Reasons Men Love Women Who Are Hard To Get 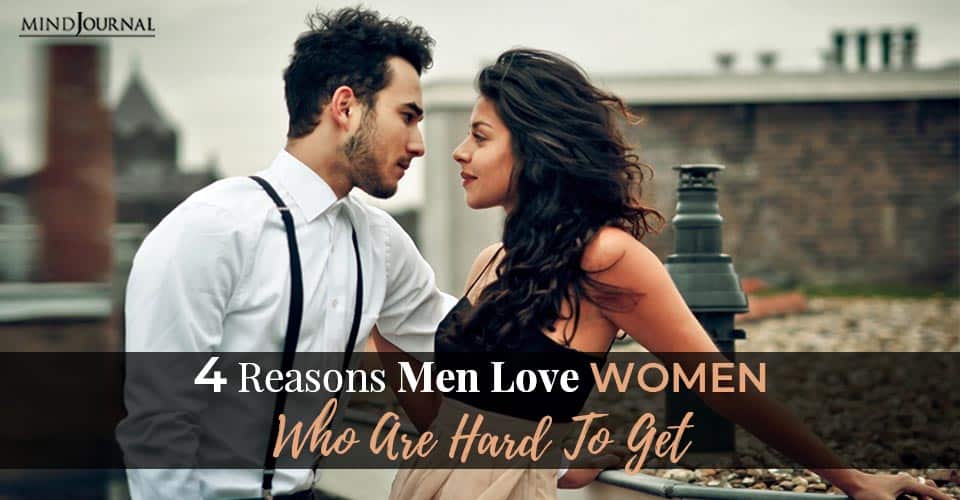 Most of the time men gravitate towards women who are hard to get because there is always a sense of excitement in wanting to win over someone who doesn’t show that much interest in you initially.

There is a desire to pursue the person who doesn’t necessarily seem like he or she wants you.

There’s a rush in making a hesitant person yours. Whether it’s the thrill of the chase or the excitement about making someone realize that they feel love when they are in your arms—there are many reasons men love women who are hard to get.

The pursuit gives us purpose sometimes, and truthfully, when it comes to relationships, both sexes love the feeling of having someone desire them for who they are. Anything that comes too easily isn’t always dependable or strong, and when you’re looking for love you want something you can rely on.

When that doesn’t come easy, it makes it feel as if the connection is even more worth it.

Here are 4 reasons men love women who are hard to get, and why it sometimes might be better to be the hesitant person than the one who’s willing to jump in.

1. Women who are hard to get create a stronger desire.

There’s something to be said for the attraction that comes with pursuing a person who is ‘hard to get.’

First, there’s the element of change. Both men and women alike often find themselves wanting to be the reason someone changes their behavior or thinks differently. When it comes to pursuing a person who’s unsure about love, it creates that much stronger of a desire to get them to shift their mind about you and finally say ‘yes.’

2. Women who are hard to get are often career-focused or driven.

Women who are hard to get are often that way for a reason. Perhaps they’re not focused on love because they’re focused on themselves. This proves that they’re more self-aware and grounded in their desires, emotions, and thoughts, which is extremely attractive for the men in pursuit.

Other women may be working on developing their careers before falling in love. This is just another component that makes them attractive. They’re not obsessed with love. In fact, they could care less—which makes them all the more appealing!

Related: 11 Things You Must Know About Loving a Strong, Powerful Woman

3. Women who are hard to get have no time for games.

Women who are hard to get don’t care about games or messing with another person’s feelings. They aren’t looking to play around with a man’s head, getting him to fall and then walking away.

They are true and honest in their approaches and if they’re pursued, they’ll be serious about the relationship once they commit.

4. Women who are hard to get don’t see love as an integral part of who they are.

Love is beautiful, but it isn’t everything—and that’s what women who are hard to get believe.

Sure, they are excited about the possibility of love and want to be in love eventually, but they’re not in a rush. They are willing to wait until the timing is right or the right person pursues them.