11 Things You Must Know About Loving a Strong, Powerful Woman 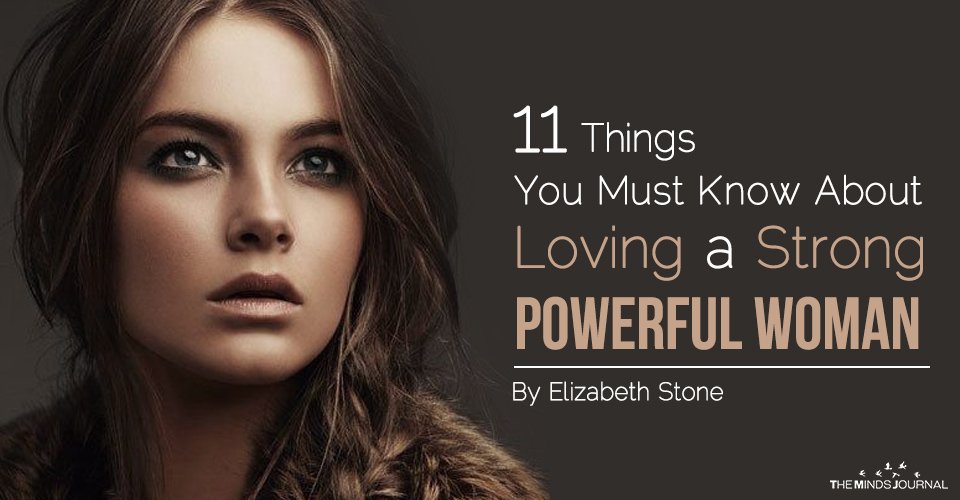 Before You Go After Her, Here’s What You Should Know About Her:

1. She’s Not Afraid to Fly Solo

Because she likes her own company, she’s willing to hold out for the right relationship. Staying single doesn’t bother her, but the idea of getting stuck in the wrong relationship is downright terrifying. She realizes that she’s not doing anyone any favors by settling down with the wrong person. This also means that if you screw up big time, you don’t get another shot. When she’s done with you, she’s DONE.

2. If You Make Her Deal With Drama, She’ll Show You the Door

This includes but is not limited to, exposure to your exes, cheating, possessive behavior, bad boy behaviors and narcissism. She values herself too much to be treated poorly and will kick you to the curb if you expect her to deal with it.

3. She’ll Stay Fiercely Loyal to You as Long as You Hold Up Your End of the Bargain

She’s good on her word. If you treat her well, you won’t have to worry about her cheating or lying to you. She’ll love you with all she’s got if you can give as good as you get.

Try to neg her (pick up artist-speak for subtly insult), and she’ll eat you alive. She has a great deal of self respect and will NOT like you more if you insult her or try to manipulate her. This woman has plans, goals, and passions all of her own. Try to make her pine for your attention and you will find yourself lonely.

5. She’s Going to Tell You What She Thinks

She’s direct (but not mean). You can take comfort in knowing exactly where you stand with her. She just doesn’t have the time or energy to think about being passive-aggressive and won’t want to deal with that from you either.

6. She Doesn’t Care Very Much About Gaining Other People’s Approval

When it comes to other people’s opinions, she knows that what other people think of her is none of her business. She’s too busy working on making her life awesome to let herself get sidelined by criticism.

She loves to surround herself with other driven people who have serious goals and passions. She would never, ever sacrifice her dreams for you, but she won’t make you take a back seat either.

She’s no stranger to working hard to reach her goals, so she understands the process and is extremely likely to honor your individual passions.

8. She Doesn’t Care How Much You Make

Because she’s already self reliant, she doesn’t really give a toss about how much you make. What she DOES care about deeply is what you do with what you have, your future goals and whether you treat her well. It’s always more about your effort and the way you treat her than the dollar amount in your bank account.

9. Her Standards Are High, but That’s Because She Holds Herself to Them

Since she’s such a badass in her own right, she expects you to keep up. She’s rare, so if you act lukewarm about your feelings about her, she’ll simply move on to someone who treats her as well as she’s willing to treat someone else in return.

10. It Makes Her Gag When You Act Helpless

You know that whole “oh my gosh, I just don’t know what I’m doing?” routine? She’ll see right through that and hate you for it. If you act like a boy, she’ll treat you like one. That will be unpleasant for both of you. You won’t catch her acting helpless, so she doesn’t respect others who act that way either (male or female).

11. She’s Deeply and Completely Worth It

This kind of relationship will stretch you, challenge you and make you into a better version of yourself. Not because she requires it, but simply because being around her is inspiring.

Dare to be inspired. 😉 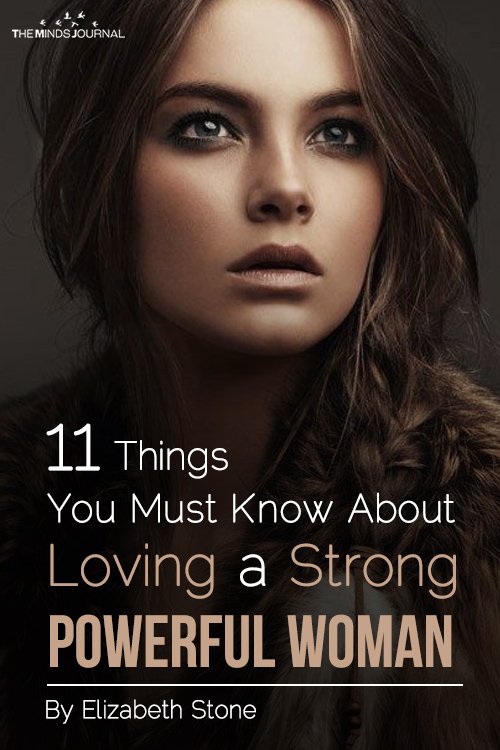